Helly Hansen Official Clothing Partner of Walking With the Wounded

Norwegian based Helly Hansen is a brand known to most for their extreme outdoor gear, clothing and outerwear, all of which is capable of holding up to the world’s harshest conditions.  But today, we wanted to take a moment to highlight not only Helly Hansen, but also their continued support of UK based charity Walking with the Wounded (WWTW).   WWTW is a fantastic charity that supports the re-training and re-education of physically and mentally wounded servicemen and women by funding training programs and education courses to help wounded service people find employment. Part of their fundraising includes staging extreme expeditions that also help to illustrate the exceptional courage and determination of injured soldiers. 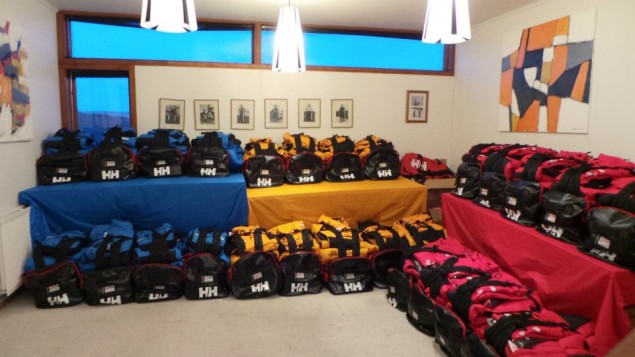 Helly Hansen signed on with WWTW during its inaugural expedition to the North Pole in 2011 and again in 2012 when they outfitted the Walking with the Wounded 2012 Mount Everest summit attempt.  This year, Helly Hansen has announced their support for the latest Walking with the Wounded expedition, signing on as the official clothing partner for Walking With The Wounded Allied South Pole 2013 Challenge (which departs in November 2013).

The 2013 Walking with the Wounded expedition will include three teams of wounded servicemen from the United States, UK and Commonwealth (Australia and Canada), with each team racing against each other in an attempt to reach the Geographic South Pole in Antarctica.  Also taking part in the 208-mile race as part of the British team, officially called Team Glenfiddich, will be Prince Harry.

In order to keep the teams safe and comfortable during their multi-week trek through the coldest, windiest and driest place on earth, Helly Hansen will be supplying all members with a full range clothing and outerwear. The gear provided to the teams by Helly Hansen is some of the most technically advanced gear on earth, perfectly suited to the harsh environments the teams will be facing. The WWTW gear has been designed based on the knowledge Helly Hansen has gained through years of protecting and facilitating professionals who’ve made their living in extreme conditions as well as from their past experiences with Walking with the Wounded. 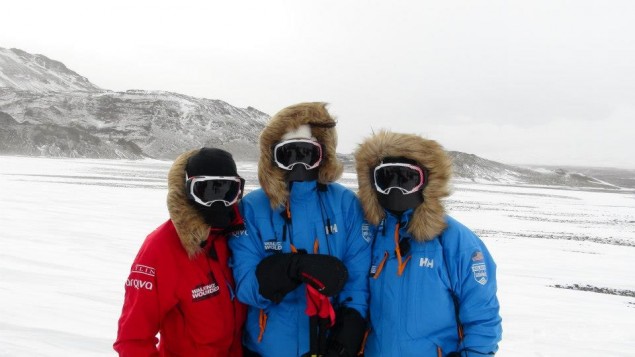 “We continue to be inspired and humbled by the sheer determination of these wounded servicemen,” said Erik Burbank, vice president of marketing at Helly Hansen. “The South Pole is undoubtedly one of the toughest places on earth to reach, and to attempt a challenge of this kind after experiencing such life-changing injuries is simply awe inspiring. Helly Hansen is thrilled to be able to supply equipment, gear and clothing that will help to provide each team member with the confidence they need to succeed with this quest.”

Included in the Walking with the Wounded kit are the following:

Verglas Expedition Down Parka and Down Trousers

Designed for Polar expeditions and extreme cold, the Verglas Expedition Down Parka is a key piece for keeping the servicemen warm in Antarctica. The jacket was developed with input from the WWTW expedition to the North Pole in 2011 and features a full box construction filled with European 700 fill power down for supreme insulation. The jacket is manufactured using a strong but light Pertex fabric, meaning that despite its large size it is incredibly lightweight. The design is protective and functional with extra length, a big hood, and large zips and buttons that can easily be operated when wearing mittens. The Verglas Expedition Parka is available in the latest Helly Hansen Collection. The Down Trousers are available on request.

This windproof outerwear is made in a highly breathable and waterproof HellyTech fabric commonly used for skiing. The kit has been developed as a result of the 2011 North Pole expedition and is specifically designed for use in Polar regions. This jacket and pant provides extra protection against extreme wind and cold, and features over-sized zips and buttons for ease of operation when wearing gloves. In addition Helly Hansen has made personal modifications for several of the wounded servicemen in order to create solutions that are tailored to cater for their various injuries.

To cater for individual requirements, Helly Hansen has developed a component system with a shell outer mitten featuring an option of two different inner mittens; one of boiled wool and one of Helly Hansen’s unique lightweight and quick-drying Helly Hansen Fiberpile. In addition a fleece glove is supplied for use when mittens have been removed to deal with tasks requring the use of the fingers, and to protect the bare skin from sticking to metal components. The outer shell mitten is constructed with goat leather palm for maximum grip and durability. It features an outside attachment point and a leach for added security.

Knowing that moisture management is key when dressing for an Antarctic expedition, Helly Hansen has utilized its extensive range of baselayers and LIFA technology. The teams will be wearing HH Dry, a lightweight 100% synthetic baselayer, to move sweat away from the skin which is important during high intensity skiing. As a second layer they are using HH Warm, a baselayer combining the LIFA fiber with Merino Wool, making it ideal for moving moisture whilst keeping warm.

Mercedes-Benz Unimogs Head to Thailand to Help With Cleanup