Matthew James, a fourteen year-old British teenager, was recently fitted with an i-LIMB™ Pulse prosthetic hand, thanks to a letter he recently wrote to Ross Brawn of Mercedes GP Petronas. In the letter, he asked for roughly $57,000 in order to pay for a high-tech artificial hand. Amazingly enough, the 14 year-old is now the proud wearer of “the most advanced prosthetic limb in the world.”

James was born with a “congenital defect which meant his left arm only developed up to his wrist.” As a result, he has been wearing an artificial limb with a standard clamp with only an open and close mechanism.

With the active lifestyle, typical to all teenagers, James needed more from his prosthesis than and longed for for the far superior prosthetics from Touch Bionics. Unfortunately due to their high cost, his family was unable to afford it.

Instead of giving up, James decided to take action. He wrote a letter to the boss of the Mercedes GP Petronas F1 racing team, Ross Brawn in which he explained his situation and suggested that a sponsorship of sorts would help him greatly. If Mercedes were to cover the expenses associated with the new limb, the company could put its logo onto it — just like some companies put ads onto F1 cars.

Ross Brawn, Team Principal of the MERCEDES GP PETRONAS Formula One Team, said: “Matthew’s letter to the team was very touching, and of particular personal significance given my close relationship to Reading School, which both Matthew and I have attended. Looking closely at the i-LIMB™ Pulse, we realised how much our technologies in Formula One had in common with those used to create this cutting-edge prosthetic limb, and that we may be able to offer some synergies to Touch Bionics to assist their invaluable research. Meeting Matthew, and hearing firsthand how the new device would improve his quality of life, was a pleasure and I am delighted that our initial contact has now led to such a positive conclusion.”

The letter worked and Mercedes was incredibly touched by James’ letter. Mercedes reached out to Touch Bionics and together the two companies designed a customized i-LIMB Pulse prosthetic for James’ hand. They call it “the most advanced prosthetic limb in the world” and it’s understandable why:

“The hand is so versatile Matthew can grip a pen to draw pictures and write, tie his shoe laces and catch a ball. The hand, made from high-grade plastic with a black silicone socket, literally plugs into Matthew’s arm. Two electrodes on the inside of the socket detect electrical impulses made by the muscles in Matthew’s lower arm. The signals are then beamed to a mini-computer in the palm which translates the messages into movements, replicating a normal hand.”

“Each finger is powered by an individual motor which allows the digits to move independently. The hand is protected by an aluminium chassis-style casing which is capable of supporting a load of up to 90kg (14st). Amazingly, it is even fitted with Bluetooth technology to allow Matthew to hook up to a computer wirelessly to track the strength and speed of his movements.”

Mercedes was not able to cover James all the costs involved in paying for the prosthetic but have helped set up fundraising efforts at the site http://mynewarm.moonfruit.com/donate. Touch Bionics has also contributed by fitting the hand and training James to use it, a process which would normally have cost over $40,000. 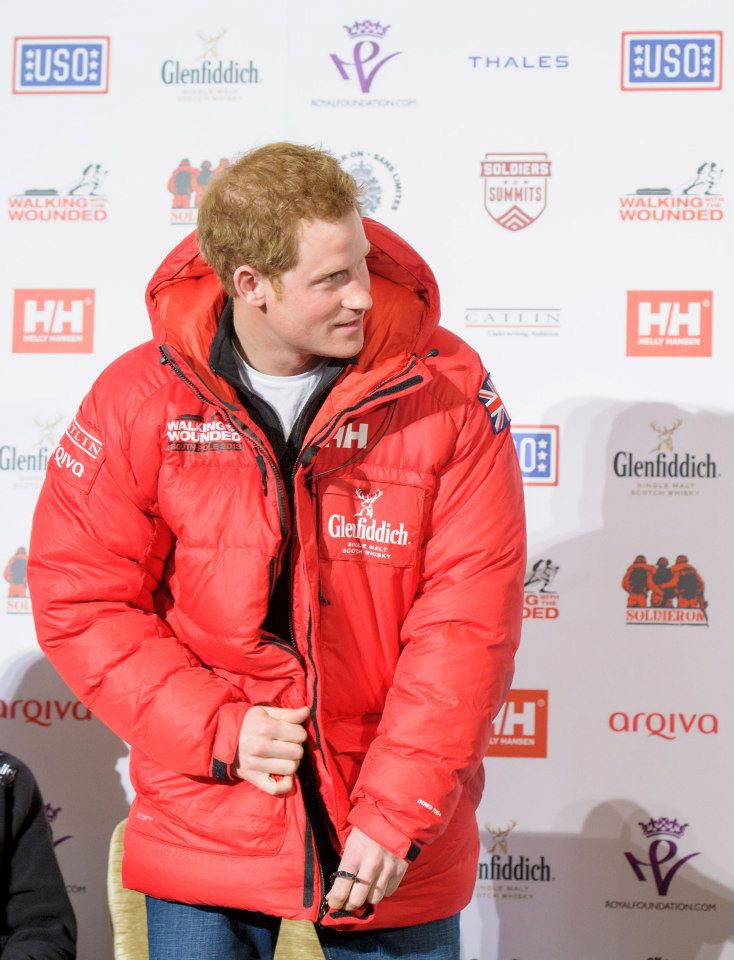 Helly Hansen Official Clothing Partner of Walking With the Wounded

Mercedes-Benz Unimogs Head to Thailand to Help With Cleanup