The S 65 AMG is the only high-performance 12-cylinder automobile from a German premium manufacturer – and it is a car with a pedigree: the first generation of the S 65 AMG was launched in 2003, with the second generation being produced from 2006 until 2013. 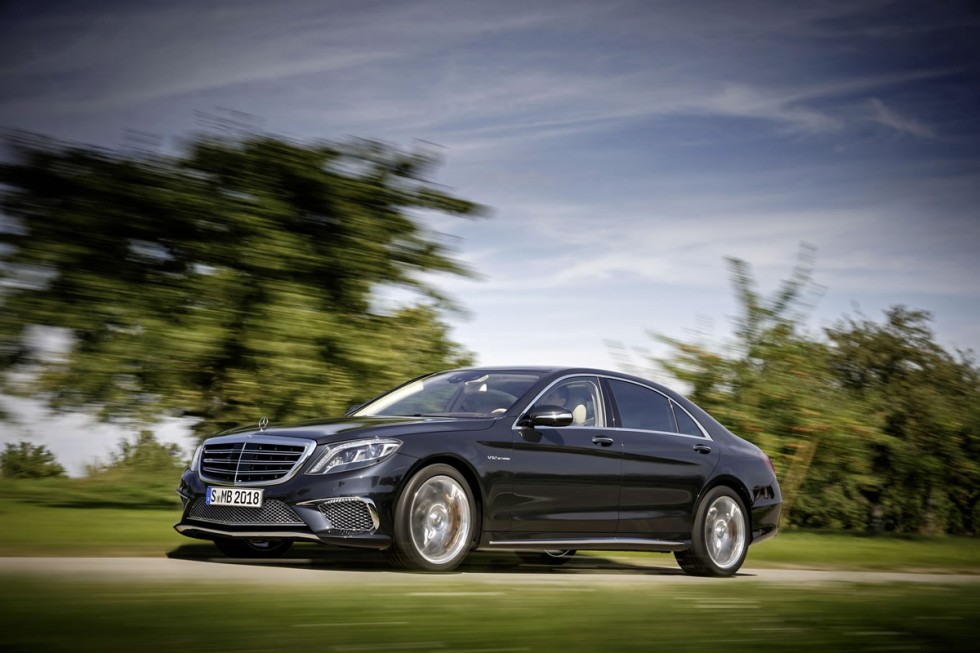 Tobias Moers, Chairman of the Board of Management of Mercedes-AMG GmbH: “Soon after the successful launch of the S 63 AMG, we are unveiling the new S 65 AMG. Supreme exclusivity and incomparable dynamism provide the guarantee of a high fascination potential. With the third generation of the S 65 AMG, we offer our loyal and discerning V12 customers a unique high-performance automobile.”

Key data at a glance: 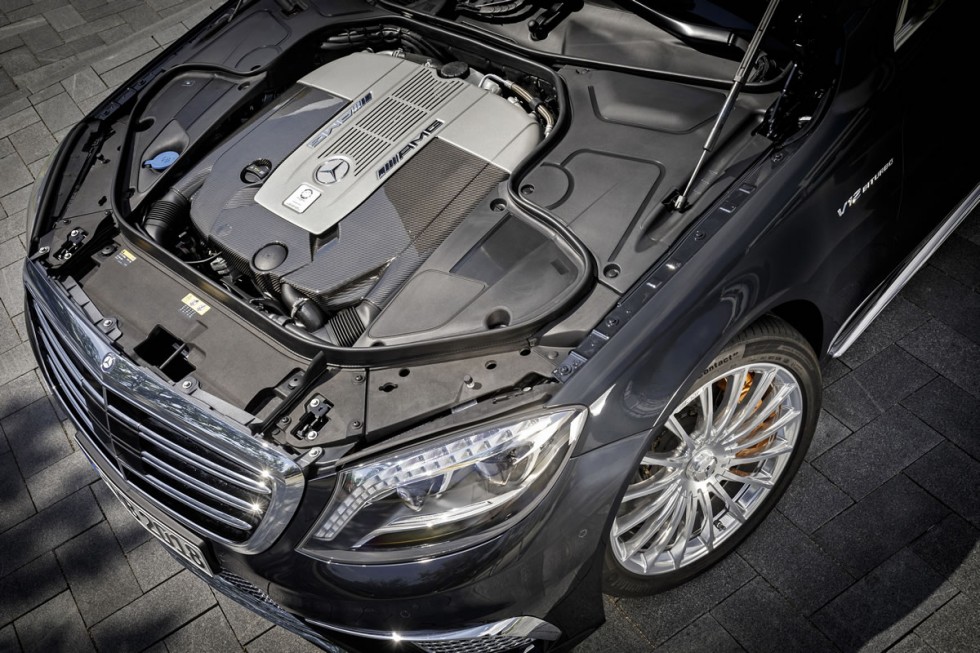 The AMG 6.0-litre V12 biturbo engine delivers 463 kW (630 hp) with a maximum torque of 1000 newton metres – figures that enable the S 65 AMG to outperform all other vehicles in its segment. This superiority is highlighted by the car’s performance: the S 65 AMG accelerates from 0 to 100 km/h in 4.3 seconds, with a top speed of 250 km/h (electronically limited). The strengths of the 12-cylinder biturbo engine from Mercedes-AMG include its effortless acceleration in all speed ranges as well as its refined operation with the distinctive V12 sound typical of AMG. In short: the S 65 AMG impresses with its superior and stylish performance.

Compared with the previous model, fuel consumption has been reduced by 2.4 litres per 100 kilometres (NEDC, combined). With a fuel consumption of 11.9 litres per 100 kilometres (NEDC, combined), the new S 65 AMG is the world’s most fuel-efficient V12 high-performance saloon in terms of power and torque. The range-topping 12-cylinder model already meets the requirements of the EU6 emissions standard, which is not due to come into force until 2015. 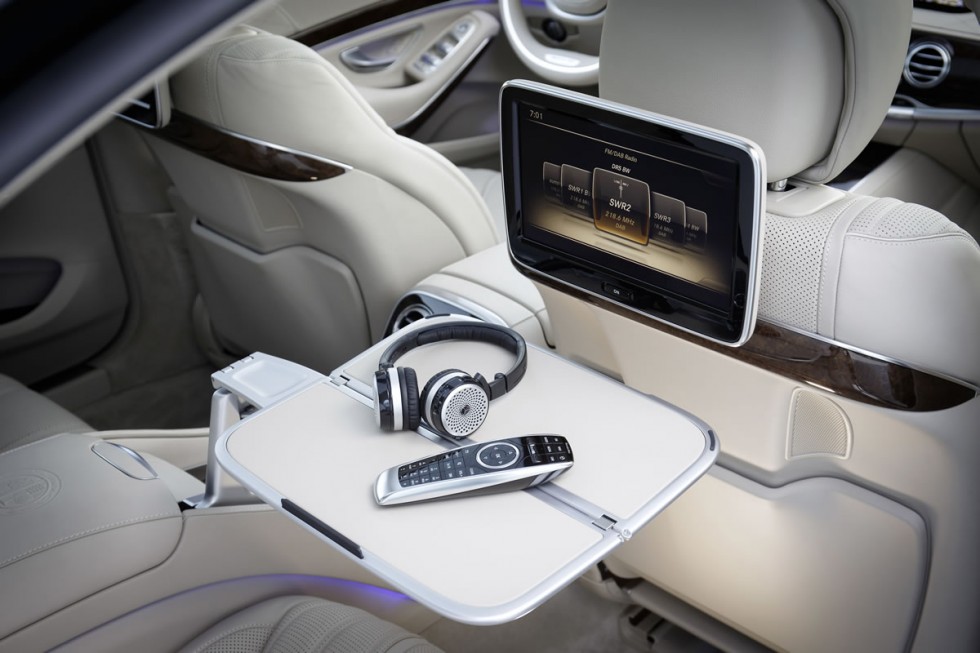 Opening the bonnet reveals the exclusive carbon-fibre/aluminium engine cover, which is a further sign of the exceptional status of the AMG 6.0-litre V12 biturbo engine. Two AMG logos on left and right together with a centrally positioned Mercedes star create a lasting impression. The 12-cylinder engine is assembled by hand at AMG’s engine production facility in compliance with the most rigorous quality standards according to the philosophy “one man, one engine”. Apart from serving as an AMG hallmark confirming superlative precision and production quality, the AMG engine badge bearing the engine technician’s signature underneath the Mercedes star offers unmistakable proof of the peerless DNA of Mercedes-Benz’s high-performance brand. 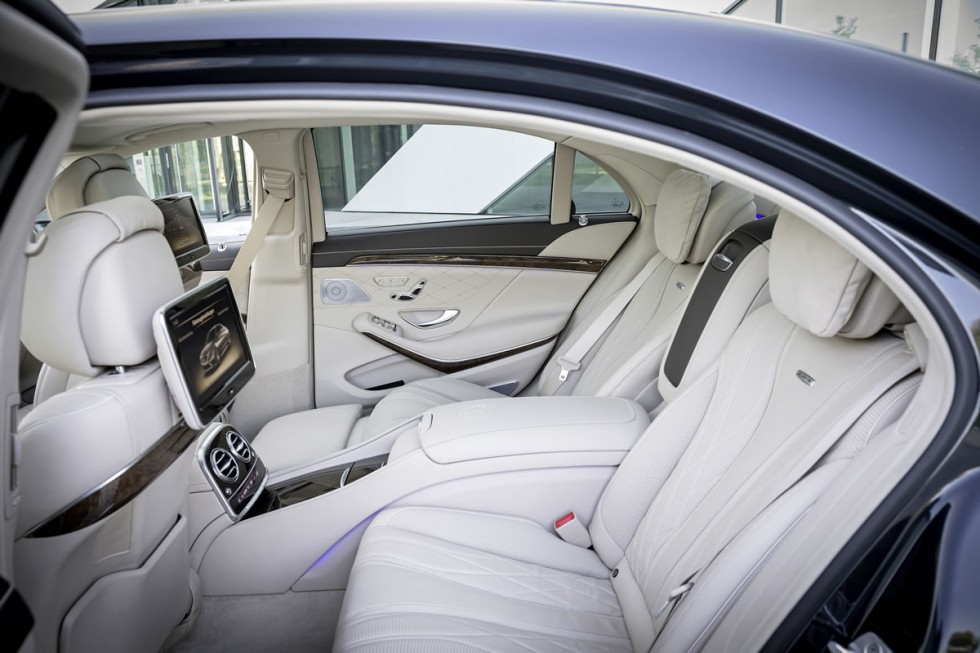 As before in the SL 65 AMG high-performance roadster, AMG combines the 6.0-litre V12 biturbo engine with the AMG SPEEDSHIFT PLUS 7G-TRONIC. Unlike in the direct predecessor of the S 65 AMG, which featured an AMG SPEEDSHIFT five-speed automatic transmission, the seven-speed automatic transmission with its wide ratio spread guarantees a noticeably lower engine speed level. This makes a key contribution to reducing the vehicle’s fuel consumption. The efficiency of the power train is further significantly improved by the fuel-economy converter, reduced-friction bearings and transmission oil heat management.

The AMG SPEEDSHIFT PLUS 7G-TRONIC has three individual driving programs, which can be selected at the press of a button in the centre console: Controlled Efficiency (C), Sport (S) and Manual (M). In modes S and M the emphasis is on sportiness: maximum emotive appeal combined with truly perceivable dynamics is ensured by the brief, precisely defined cutback of ignition and injection during upshifts under full load; this shortens the shift times and lends an audibly more emotive tone to gearshifts. The ECO start/stop function is always activated in transmission mode “C”. 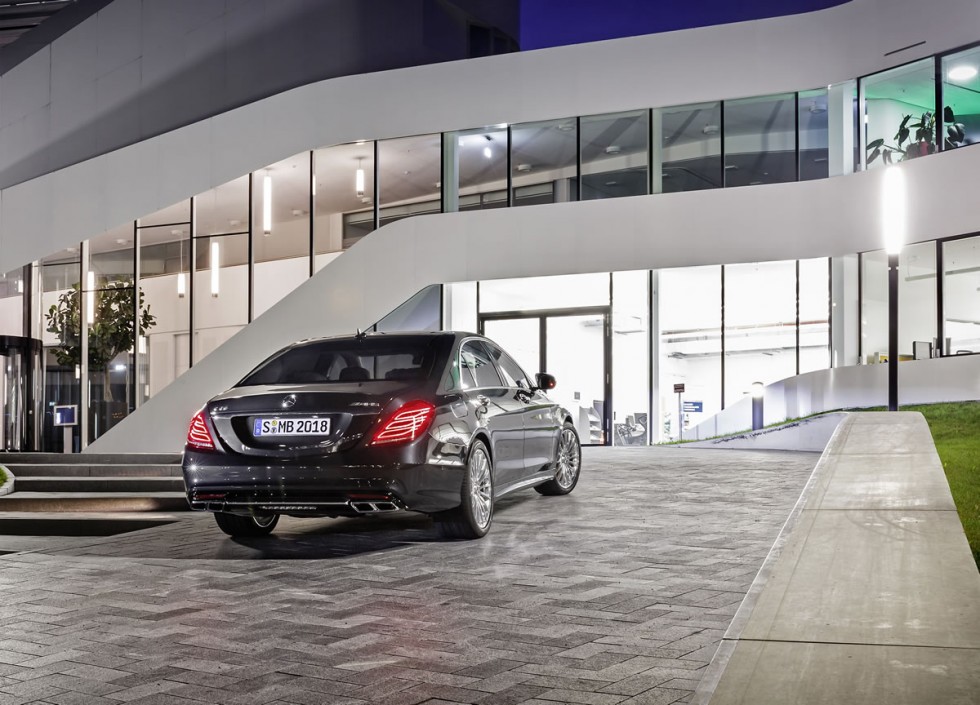 Like the S 63 AMG, the S 65 AMG features a lithium-ion battery. This innovative technology offers numerous advantages over a conventional battery concept: with a capacity of 78 Ah, the lithium-ion battery replaces both the starter battery and the backup battery – resulting in a weight saving of over 20 kilograms. The high-performance battery is relatively insensitive to cold temperatures and has compact dimensions. S 63 AMG and S 65 AMG are the world’s first volume-produced vehicles with such a battery concept. 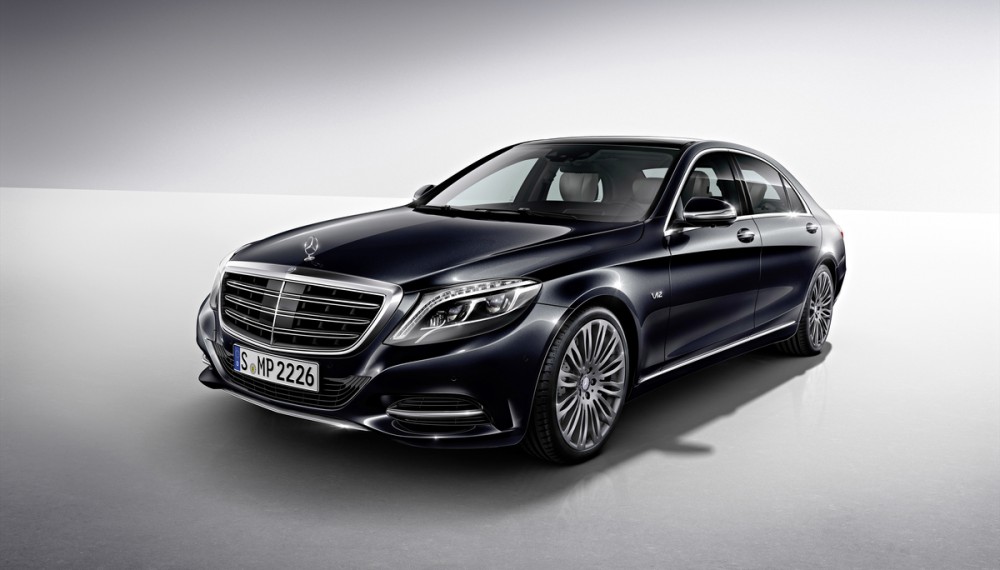 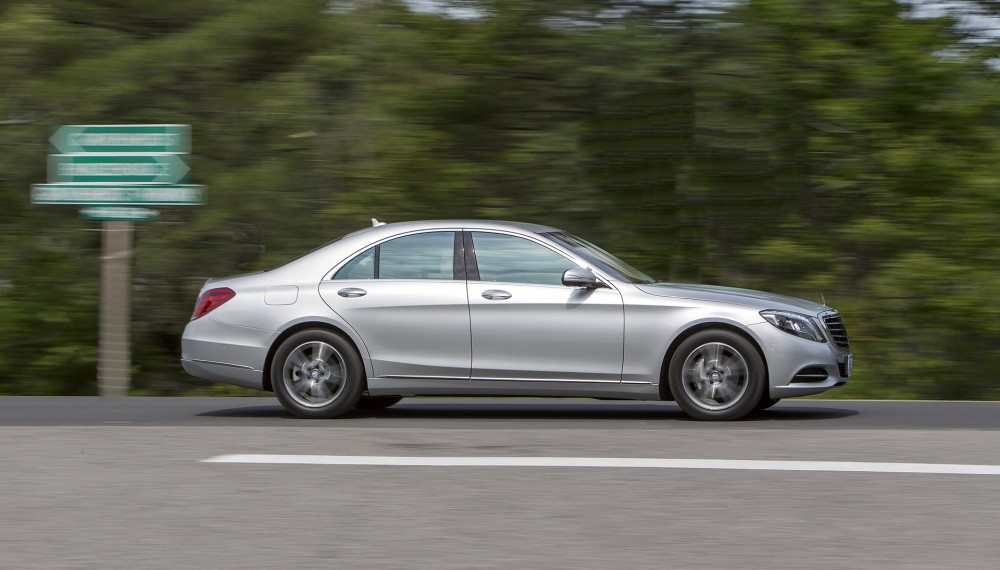 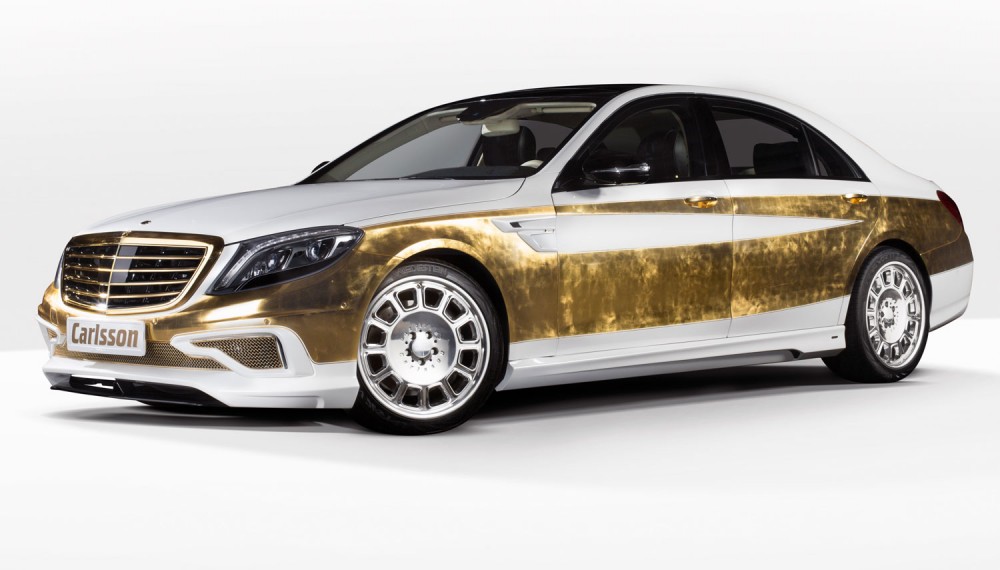