The “Gullwing” era began in 1952, when the Mercedes-Benz W 194 racing coupé notched up victory after victory. An enhanced version followed in 1953, with a petrol-injection engine delivering an extra 29 kW, bringing the power rating up to 158 kW. The transaxle design provided a more favourable weight distribution and better vehicle dynamics. The sharp corners of the front of the vehicle earned it the in‑house nickname of “Hobel” (or “plane”). This unique model was never raced, since all available capacity was diverted to the company’s entry into Formula 1 planned for 1954, but the car was a significant milestone on the path towards the 300 SL production sports car. And incidentally, the prototype with its transaxle construction also forms a parallel with the Mercedes-Benz SLS AMG.

The Mercedes-Benz 300 SL (W 198) production “Gullwing” model was clearly a close relation of these racing vehicles, since it took the engineers just one-and-a-half years to create the new design on the basis of the W 194 racing sports car. This was the first true production sports car to be developed by Mercedes-Benz following the Second World War. The design project was started in September 1953, in response to requests from Maximilian Hoffman, Mercedes-Benz’s importer in the USA. The 300 SL was first presented to the public at the International Motor Sports Show in New York in February 1954.

The signs of the coupé’s allegiance to the racing sports car are clearly evident, from the ultra-light tubular lattice frame to the distinctive body contours and the “gullwing” doors, perpetuated in the popular name of the car in English-speaking countries. The decision to use this unusual form of access, more characteristic of racing-car designs, was no gimmick designed to grab public attention, however. The doors hinged on the car roof were a purely structural requirement, since the lattice frame carried over from the racing SL did not allow the use of conventional front-hinged doors.

Instead of the M 194 six-cylinder in-line carburettor engine with a displacement of three litres and 129 kW power rating, the W 198 model series had the 158-kW M 198 engine with mechanically controlled direct injection. This was the first Mercedes-Benz production vehicle to be fitted with a petrol-injection engine, which delivered 29 kW more power than the carburettor-based racing version of the engine.

The engine was set at an angle, resulting in a particularly flat front end with outstanding air-flow characteristics. The consistent focus on a lightweight structure helped to provide some extremely impressive performance characteristics, with top speeds of up to 250 km/h, according to the rear axle ratio. The chassis was essentially based on the 300 model saloon (W 186), but with suspension settings more focused on sporty performance qualities.

The appearance of the super-sports car has been refined to create a more elegant and dynamic look in comparison with the racing sports vehicle. The visual design qualities and concessions to passenger comfort did not, however, limit the car’s performance qualities. The 300 SL duly continued the motorsport tradition of its namesake, with top placings in many competition events. These included winning its class in the 1955 Mille Miglia race, and in that same year Olivier Gendebien and Pierre Stasse drove a Mercedes-Benz 300 SL to victory in the Liège–Rome–Liège rally.

The car also delivered championship titles for three drivers in Europe and America: Werner Engel won the European touring cars championship in 1955, and Walter Schock in 1956. And in the USA, Paul O’Shea won the category D American sports car championship in 1955 and 1956, finishing well ahead in the ratings.

Some 1400 units of the Mercedes-Benz 300 SL were built at Sindelfingen from August 1954 to May 1957, including 29 cars with a light-alloy body, and even one experimental car with a plastic body.

In 1955, the company also built two coupé versions of the Mercedes-Benz 300 SLR (W 196 R) racing sports car. These were specifically designed for long-distance races, to provide somewhat more comfortable conditions for the driver than in the open version. Externally, the car looked similar to the 300 SL, but with purebred Formula 1 technology under the bonnet. These cars did not find their way into any customers’ hands, but one fortunate individual was able to enjoy the attributes of the Mercedes-Benz 300 SLR: its designer, Rudolf Uhlenhaut. On the cancellation of the sixth Carrera Panamericana race in 1955, in which the coupé was to be used for the first time, and since Daimler-Benz AG withdrew from racing at the end of that season, Uhlenhaut was allowed to drive one when travelling on business – and he made extensive use of this privilege. Accordingly, the car has become known as the “Uhlenhaut Coupé”.

Many fans of the 300 SL expected Mercedes-Benz to unveil the C 111 as a foretaste of the next generation of a super-sports car with a star on the bonnet in 1969, at the International Motor Show in Frankfurt am Main. This breathtaking experimental vehicle was a lightning-fast, wedge-shaped car with gullwing doors, driven by a futuristic-looking rotary engine (Wankel engine).

Hopes of series production really started to rise for an enhanced version of the car, the C 111-II, which was unveiled just six months later at the Auto Show in Geneva, generating feverish enthusiasm among the automotive community. However, the vehicle with its super-sports car genes and 257-kW four-disk rotary engine was to remain a near-production concept study. Arguments against series production included the comparatively low efficiency of the engine and stricter exhaust regulations.

Similar reactions were prompted by the Mercedes-Benz C 112 in 1991. This amazing sports car concept study had a six-litre, twelve-cylinder engine delivering 300 kW. The C 112 anticipated some of the technical innovations that were to flow through to Mercedes-Benz series-produced vehicles over the next few years – including Active Body Control (ABC) and the DISTRONIC proximity control. The C 112 was influenced by the C 11 Mercedes-Benz racing sports car of the time, in which Jean-Louis Schlesser won the Group C sports car world championship for Mercedes-Benz in 1990. 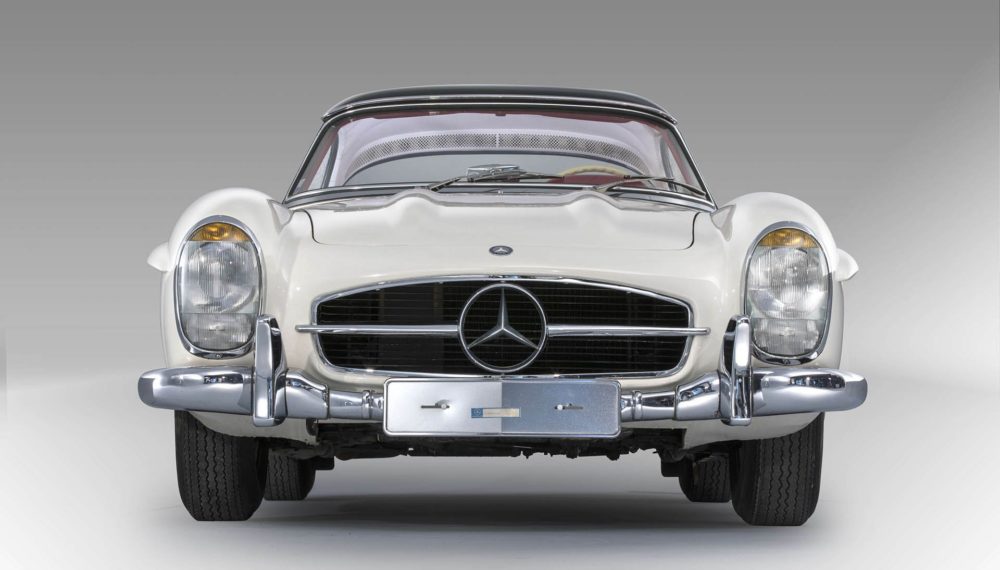 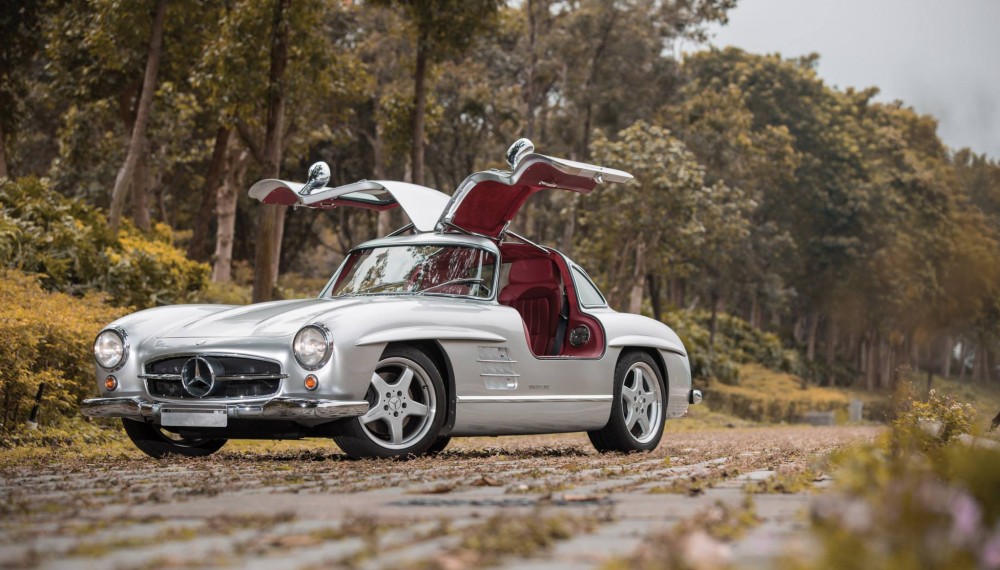