For 40 years the Mercedes-Benz G-Class has been the measure of all things in the off-road-vehicle segment, and for 20 years as an AMG model, too, with an extra portion of performance. This makes it by far the longest-standing passenger car model series built in Mercedes-Benz history and thus the forefather of all SUVs with the three-pointed star. 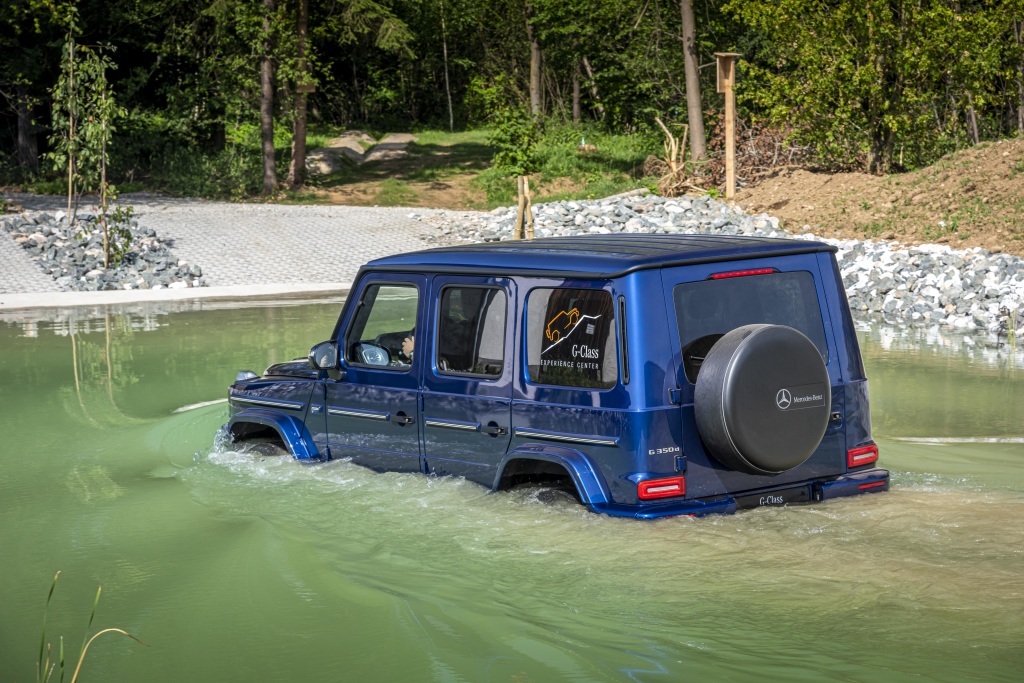 During his visit to Germany in November 1980, Pope John Paul II is for the first time chauffeured in a “Popemobile” based on the 230 G.

Optional equipment available for the cabriolet now includes air conditioning, side-facing bench seats and a hard top. There is a choice of 22 colours.

In the Paris-Dakar Rally, Jacky Ickx and Claude Brasseur are first across the finishing line in a 280 GE.

Further facelift with power window lifts, an automatic antenna and a larger tank.

The 500 GE appears as the first V8 model of the off-roader. The 5-litre light-alloy engine of the limited special model develops 177 kW/240 hp. from September the G-Models are officially known as the G-Class. The model designations are G 230, G 300, G 350 TURBODIESEL etc.

Second facelift for the 463 series, with internally ventilated front disc brakes and a driver airbag.

The G-Class Cabriolet makes its debut in a new variant with an electrohydraulic soft top.

With the G 55 AMG, an AMG variant is part of the official sales portfolio of the
G-Class for the first time.

The G-Class is given a considerably upgraded interior as part of a model facelift. The extended standard equipment now including new dynamic control systems is presented at the International Motor Show (IAA) in September. These include ESP®, Braking Assist BAS and the new electronic traction system ETS.

The G 63 AMG is the first G-Class with a twelve-cylinder engine.

Bi-xenon headlamps with a cornering light are featured in the G-Class as standard. The G 320 CDI replaces the previous diesel models G 270 CDI and G 400 CDI.

Further updating: the G-Class is given a new instrument cluster with four analogue dial instruments.

Completely redesigned dashboard and centre console, with the modern infotainment system COMAND Online on board as standard. The Group’s subsidiary from Affalterbach sends the G 65 AMG into the running, powered by a 6.0-litre twelve-cylinder engine with a carbon-fibre/aluminium cover. With torque of 1000 newton metres, the G 65 AMG is the world’s most powerful series production off-road vehicle; its top speed has to be electronically limited to 230 km/h. The G 63 AMG is also launched with a 5.5-litre V8 biturbo.

For the first time the designo individualisation range offers exclusive, unique colour and material compositions both inside and out. In addition, the new
G 500 4×42 with portal axles enters series production.

With its superlative V12 engine, portal axles, electric fabric top and exclusive equipment specification in the rear compartment, this Mercedes-Maybach G 650 Landaulet, which is limited to 99 units, meets the expectations of customers who demand the very highest standards of their vehicle.

The new G-Class celebrates its premiere at the North American International Auto Show in Detroit. With its unmistakeably edge exterior and fundamentally restyled interior it sets technological standards yet again. On-road the G-Class reinvents itself – with modern assistance systems, outstanding handling and optimum safety. Off-road it surpasses itself: the new suspension, the DYNAMIC SELECT drive programs, the “G-Mode” and the three 100-percent differential locks enhance performance, ride comfort and agility – on any surface.

The G-Class turns 40, the AMG variant celebrates its 20th birthday this year. Mercedes celebrates its off-road icon with three special models. Thanks to the new individualisation range G manufaktur, customers can turn the G-Class into their own personal G. Around 15 kilometres south of Graz the G-Class Experience Centre opens: on the site of over 100,000 m2 customers and fans can drive the G-Class for themselves in extreme conditions on two off-road sections, the G-Rock with various approach ramps and an on-road area. 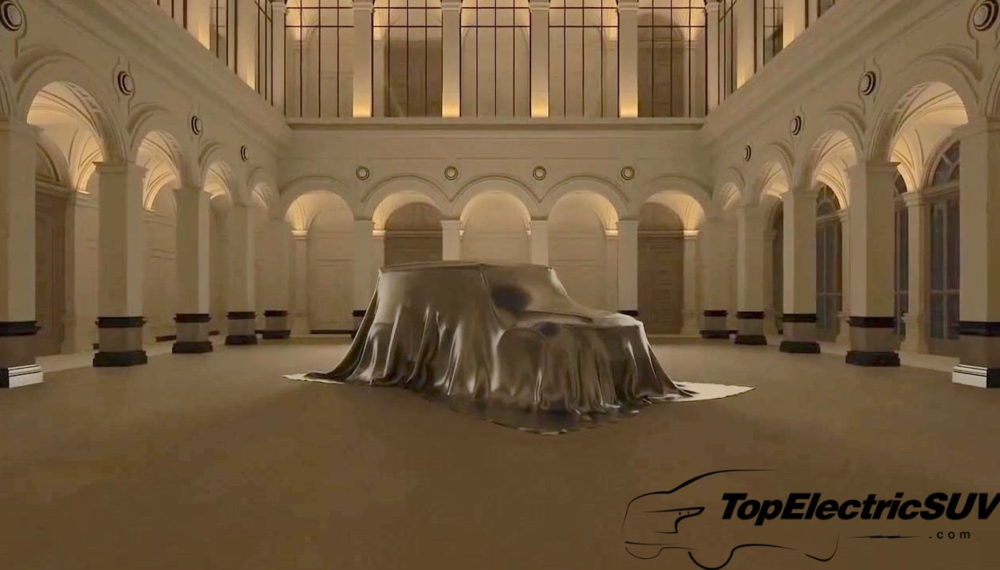 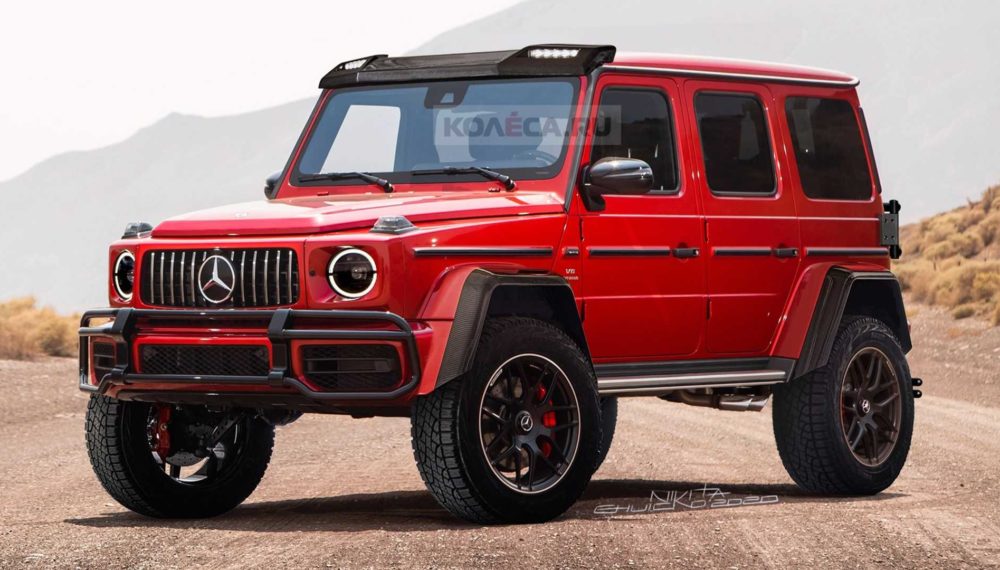 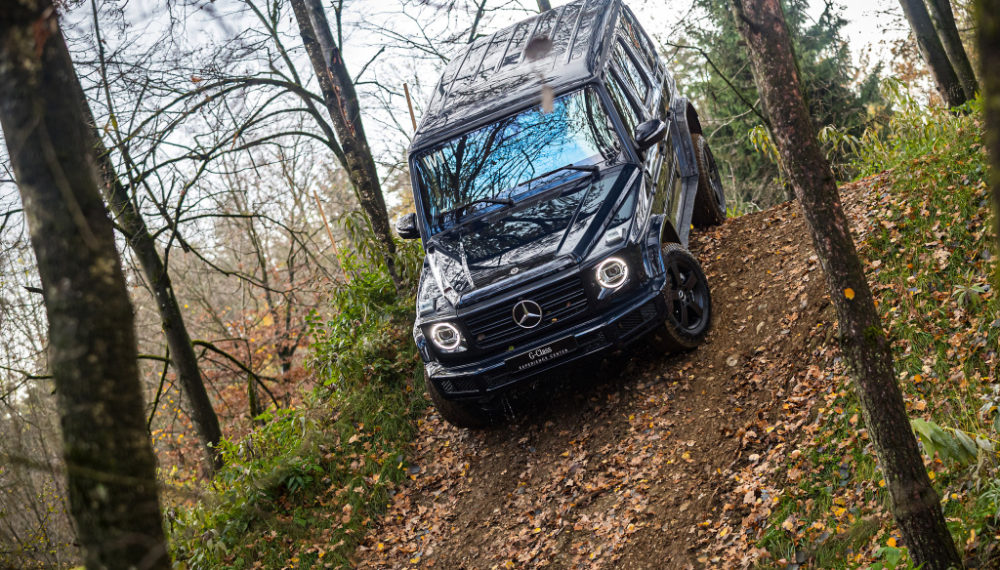