Remember those rumors from approximately six years ago about the Mercedes CLS being renamed CLE for its current generation? That obviously didn’t happen as the swoopy sedan still carries the same name it had at its baptism back in 2004. However, CLE is once again making the headlines as reports state it will be used to simplify the C-Class and E-Class lineups. How? By merging the pair of two-door models into a single coupe and cabrio. 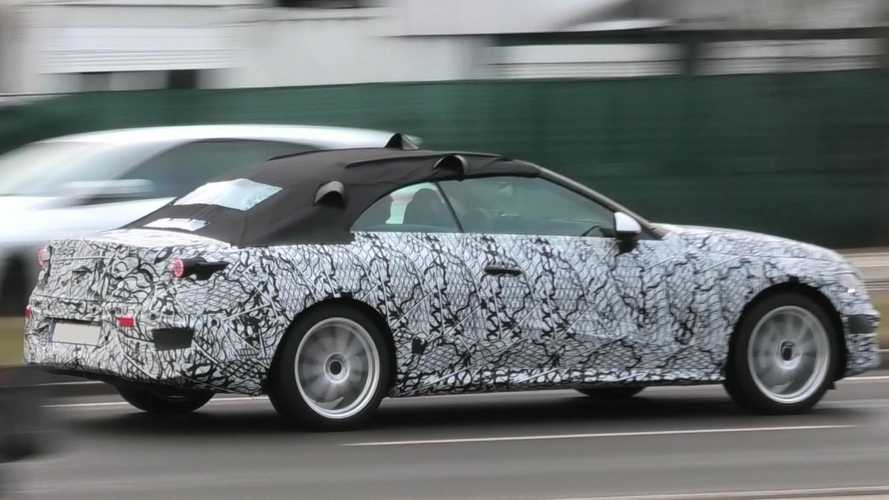 We’ve been spying on the alleged CLE for a while now, but this is our first look at a more potent derivative. Caught undergoing testing in snowy Sweden, the prototype is likely of the AMG variety judging by the larger wheels hosting upsized brakes. The sporty convertible must have a stiffer suspension because it seems to be riding closer to the road, but the biggest giveaway is at the rear.

Time will tell whether the three-pointed star will use the CLK recipe by combining the design of the E-Class with the underpinnings of the inferior C-Class.

Previous test vehicles had their exhaust tucked away under the bumper, but this one is not afraid to flaunt it. There are only two circular tips, although the cutouts in the bumper are considerably larger. It could be a sign the potential AMG CLE lacked the final setup, presumably a more menacing quad arrangement.

It’s fairly easy to see the car is a diamond in the rough since it’s missing the final taillights and rides on mismatched wheels. The headlights also seem to be provisional and we’re wondering why the disguise on the fabric roof has those protuberances that look like air vents. There’s not much to say about the design since Mercedes made sure to thoroughly disguise its new convertible. 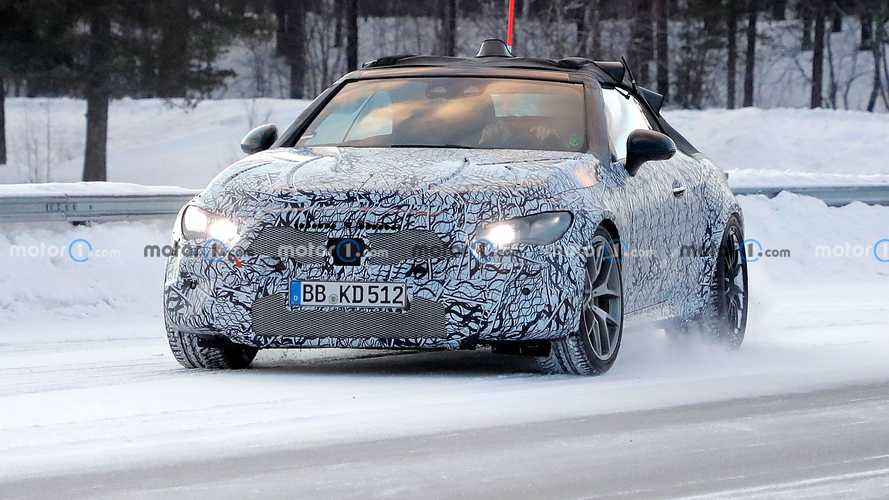 Time will tell whether the three-pointed star will use the CLK recipe by combining the design of the E-Class with the underpinnings of the inferior C-Class. Although only the convertible has been spotted so far, it likely won’t be long before our spies will stumble upon the coupe as well. Looking at this prototype, it tells us an official reveal is unlikely to occur until early 2023.

If it will indeed be based on the C-Class, both AMG flavors will make do with four-cylinder engines and all-wheel drive because the V8 RWD formula died with the W205. 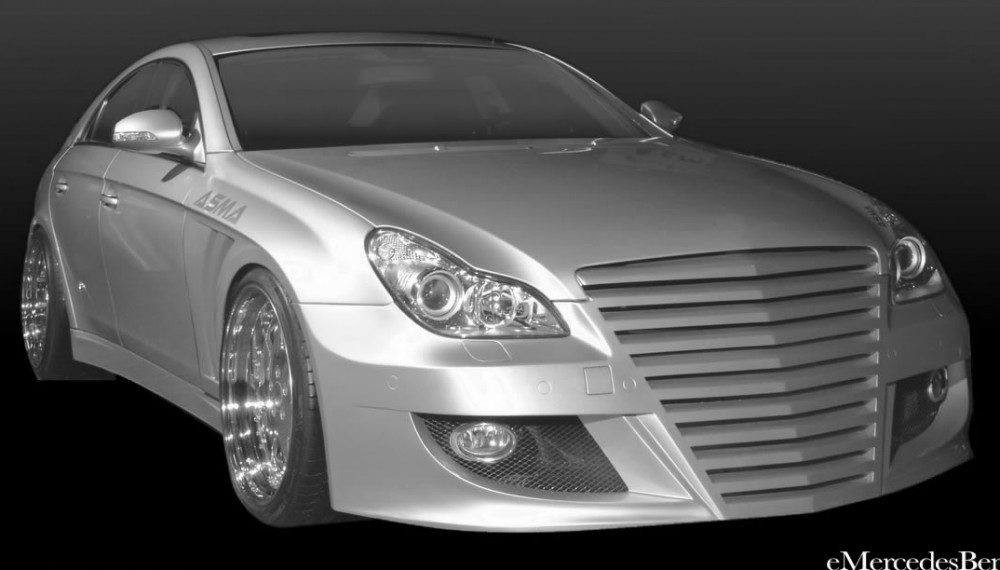 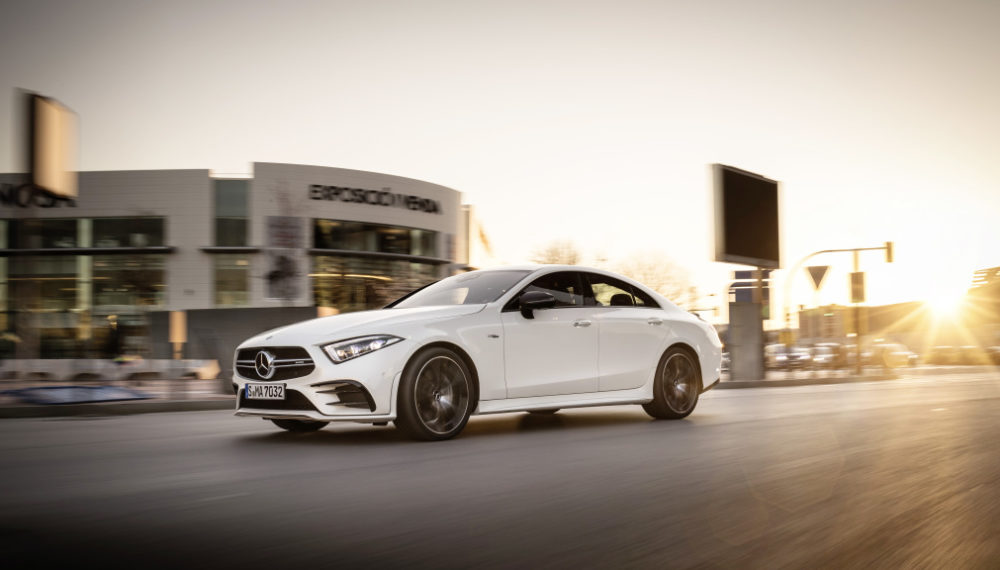 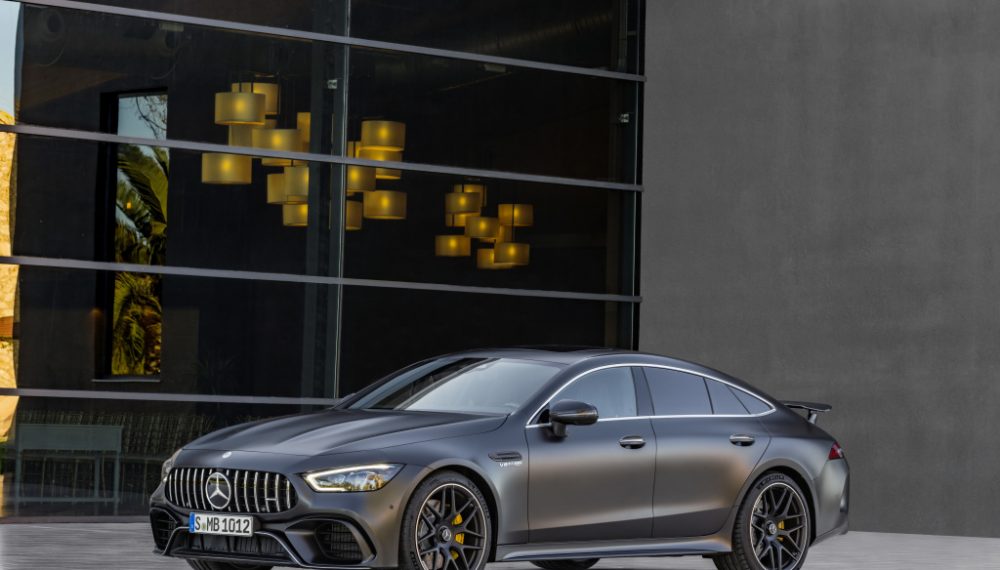