With Father’s Day fast approaching and summer just around the corner, it’s time to stock up on the latest gear to conquer whatever warm weather adventures await. Speaking personally, I have a summer to-do list that is a mile long, stacked with a variety of home improvement projects I need to tackle as well as several camping trips woven in to celebrate nature and time outdoors with the family.

The thing I’ve learned about summer is that it’s never long enough – there’s always something that goes unfinished or something that took far too long to complete. And so I set out this year to get everything I need planned and ready, so when the time comes, everything I need is there, ready, in my summer arsenal and at my disposal. And one of the things I’m most excited about is the Generac iQ3500 generator ($1,299). I simply can’t count the number of times I’ve been working outdoors or have been on a camping trip and had issues powering something, whether it be tools, electronics, appliances, the list is endless. So I finally splurged and bought a portable generator – something that in retrospect I should have done years ago – and something that for any of you planning to be outdoors this summer, needs to be at the top of your summer must-have list. 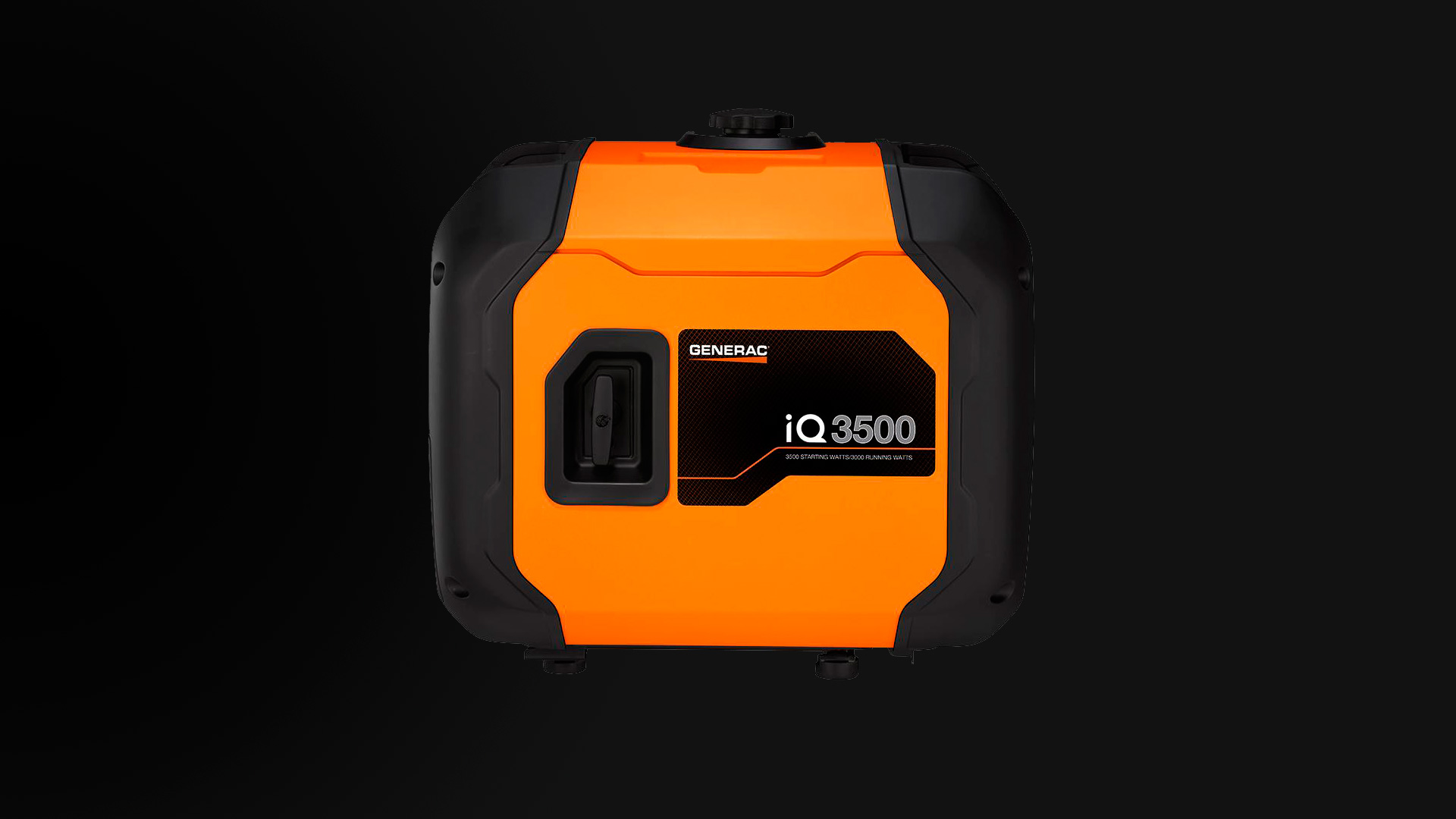 So what is the Generac iQ3500 generator? The simplest way to describe it is as a take-anywhere power source that let’s you run a huge range of devices, whether you’re at home, on the job site or on the road. Utilizing inverter generator technology, the iQ3500 uses a different alternator than conventional generators, the result of which is ultra-clean AC power capable of powering even the most sensitive electronic devices all the way up to power hungry tools and appliances.

If you’re new to generators, like I was, your first question is likely why I chose the iQ3500 over the array of other generators on the market, including those from Generac, and what’s the best way to choose a new generator? I chose Generac due to their overwhelmingly positive reviews and the fact I have multiple family members and friends that all swear by the brand. Generators are something that absolutely must perform when you need them to, and everyone I spoke with had nothing but positive things to say about Generac and their outstanding, accountable performance in a variety of different circumstances.

From there, it was a case of determining which Generac fit my needs, and that’s where Generac made it easy to find the right generator for my applications. As the iQ3500’s name implies, it boasts 3,500 starting watts along with 3,000 running watts, which if you’re new to generators or power consumption needs, doesn’t mean much. So the next thing I needed to do to calculate my generator needs was to add the running watts of each device I wanted to power, and I made sure that my chosen generator could produce at minimum this wattage amount. For the iQ3500, the brochure listed a variety of items and corresponding running watts as general guidelines, which very quickly showed me that the iQ3500 was sized perfectly for what I needed it to do. I’ll talk more about how I’ve used it so far in just a bit, but to give you an example, I’ve used the iQ3500 to power numerous tools, my air compressor and a refrigerator, all without skipping a beat.

If you’re considering a generator to take on the road, as I was, the iQ3500 is ideal, as its small footprint and portability paired with its high power output make it perfect for cross-country excursions.

But before I get into usage, there’s a few other things that led me to choose the iQ3500 that I wanted to mention as well, the first of which is size. In choosing a generator I wanted something that would travel well, and with a footprint of 23.7″ x 18″ x 21.7″, I can easily fit the iQ3500 in the back of my vehicle when traveling or move it around my yard where needed without any trouble. If you’re considering a generator to take on the road, as I was, the iQ3500 is ideal, as its small footprint and portability paired with its high power output make it perfect for cross-country excursions. I’ve already taken it on two camping trips with tremendous success, satisfying everyone in the groups power needs.

The second thing that was vital for me in choosing a generator was noise level. As much as I wanted a generator, one of the things holding me back was the excessive noise typically created by generators, and in this respect, the iQ3500’s inverter technology and insulated enclosure do a superb job limiting noise output. Generac notes the IQ series is 40% quieter than the comparable Honda generator, and I can tell you firsthand the iQ3500 is surprisingly quiet, easily fading into the background when running and never requiring you to change your speech volume to try and talk over it, as required with all other generators I’ve heard. Again, for camping, when trying to enjoy the sounds of nature, tailgating or anything else with more than one person trying to hold a conversation, the iQ3500 is easily the best choice at this power level.

So now that you know why I chose the iQ3500 – ample power output, compact size and quiet operation – let’s get into some of the features the make the generator such an outstanding performer. Unboxing the iQ3500, everything you need is included, meaning you’re ready to go with just a bit of setup. The iQ3500 runs on standard pump fuel (87 octane or higher with 10% or less ethanol) along with a separate oil tank (both oil and a funnel is included). Starting the iQ3500 is done via electric start on the power dial (the battery is included), and there’s a recoil pull start as well, if you prefer a more manual approach. 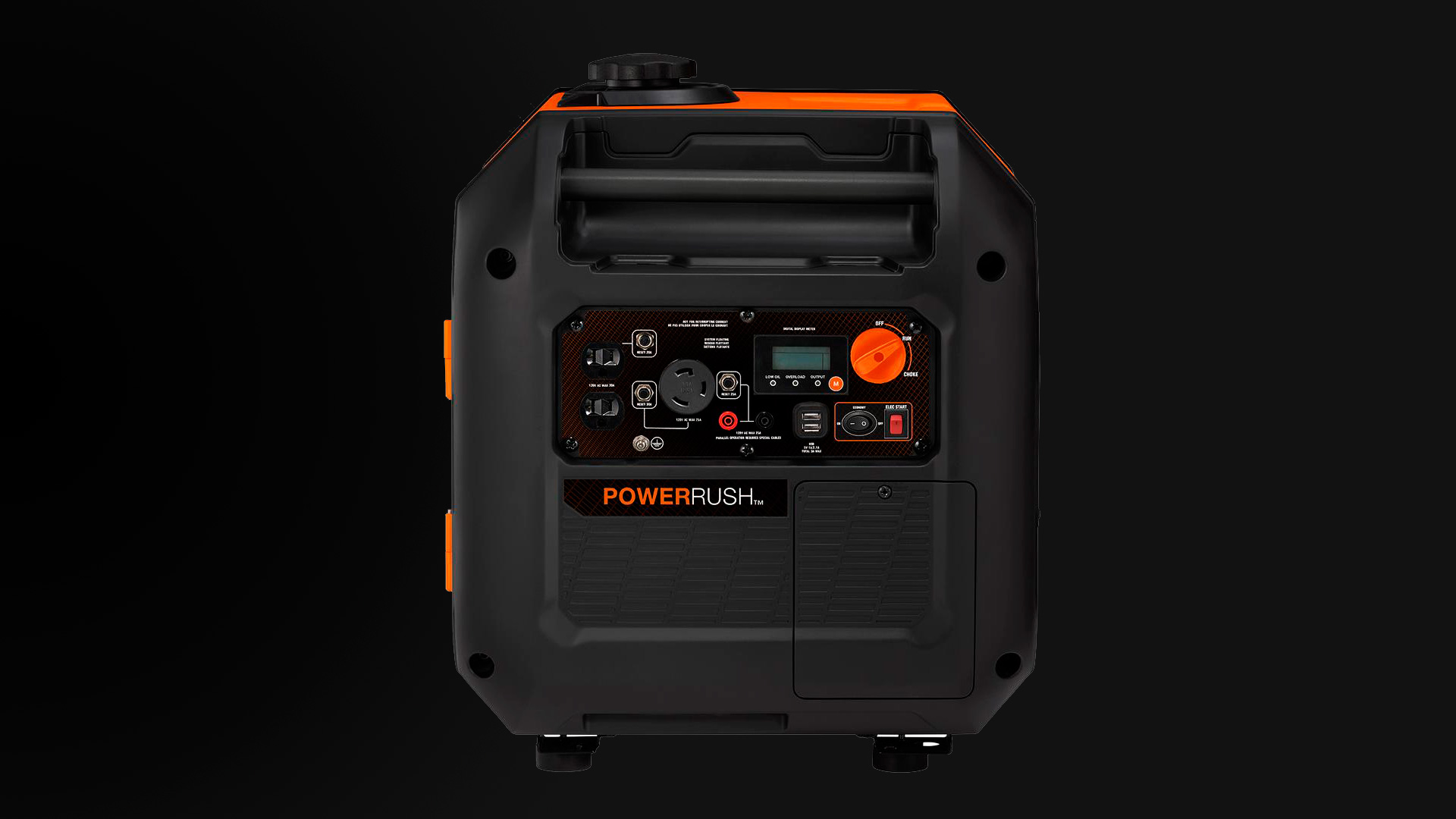 On the control panel, you’ll find a variety of connections to power an array of devices. There’s one 120V 30A twist lock outlet, two 120V 20A duplex outlets and two USB outlets. The control panel also has a digital smart LCD, providing real time data via a digital wattage meter, run time remaining display, generator status, hour meter and fuel level. And as I’ll discuss next, the control panel is also where you choose power output, with the iQ3500 offering two power modes: full power and eco mode, depending on your required usage. And a final point worth noting – if you need more power, you can also join two iQ3500 generators together in a process called paralleling, which allows you to connect another iQ3500 unit using a Generac Parallel Kit.

Alright, so you’ve read the stats, you’re on the fence, and you want to know how the iQ3500 performs in the real world. For me, the iQ3500 has lived up to its stat sheet beautifully. What I love about the iQ3500 and inverter technology is its flexibility, meaning I can use it with my power tools for work projects just as well as my expensive computer and electronic components. For house projects, some of the things I’ve run include a portable table saw, track saws, a circular saw, drills, and even a 110V welder. I have a multiple acre yard, and it’s impossible to run extension cords if I’m working in certain areas. My only option used to be trekking back and forth to make cuts I needed, then trek back to test the fit, and so on. With the iQ3500 I can literally take my workshop with me and power everything I need, exactly where I’m working. In this respect, if this was the only thing I ever used the iQ3500 for, I’d be perfectly happy – it’s been such a massive time saver.

With the iQ3500 I can literally take my workshop with me and power everything I need, exactly where I’m working… it’s been such a massive time saver.

But on the flip side, the iQ3500s portability and clean power means it’s worked just as well on camping trips, which both me and my family love. I can power my electronic gear and work from the road, my wife loves the ability to power different cooking devices, and we’ve used it to power multiple RV appliances, and in every case it’s handled our power usage with ease. As far as run time, the iQ3500 can operate for almost 9 hours at 50% load in eco mode (or 14 hours at 25% load in eco mode), with a fuel tank capacity of 2.6 gallons.

Overall, the iQ3500 has completely changed the way I work and play for the better.

Do I recommend the Generac iQ3500? 1000% yes. It’s one of those things I didn’t know I needed until I used it, but now that I have, I can’t imagine going back to my pre-generator days. If you need mobile power, and lots of it, the iQ3500 needs to be at the top of your must-buy list this summer.

You can learn more about the Generac iQ3500 at the Generac website, and be sure to grab the iQ3500 brochure for the full rundown of specs as well. 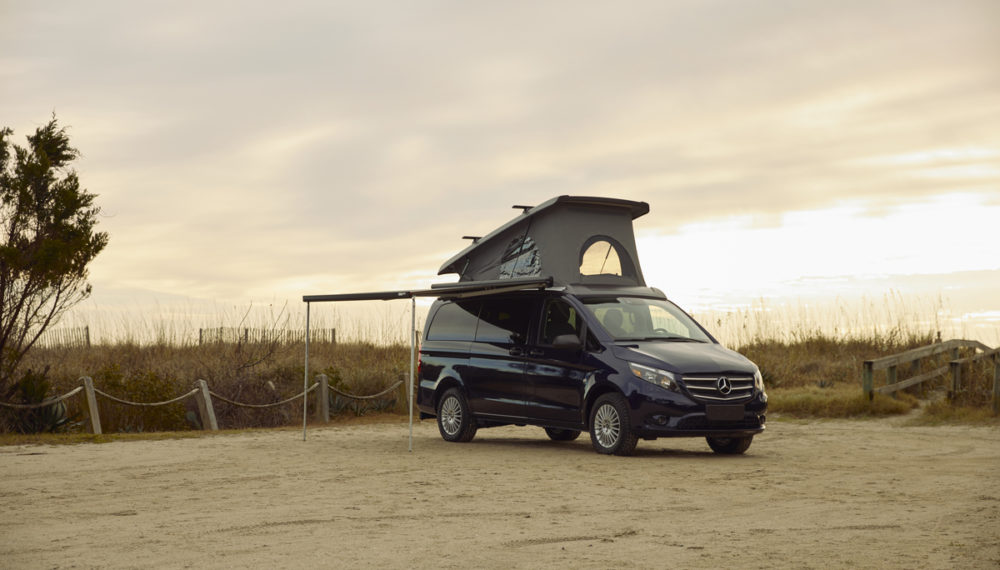 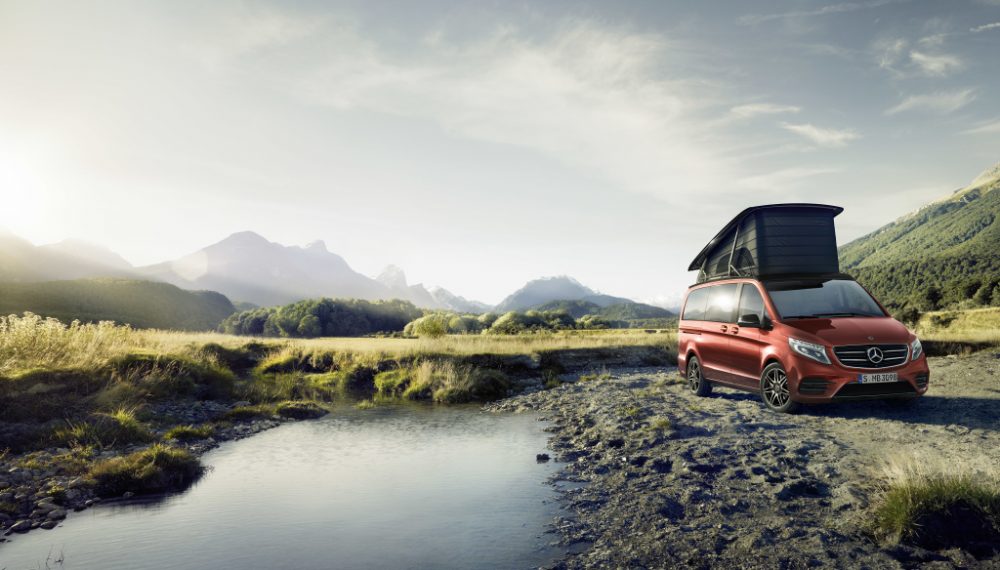 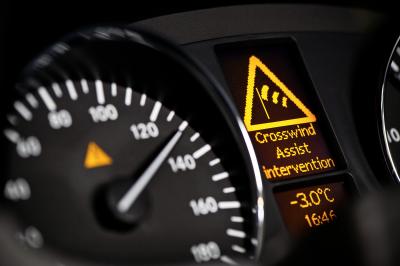