We put some of the freshest 2019 Burton snowboarding gear to the test, including the Burton Custom snowboard, Cartel EST bindings and Imperial snowboard boots

Fresh powder everywhere you look – for some, a hassle that slows their daily commute, their minds drifting to thoughts of warm summer days. But for the adventurers, those not afraid to embrace Mother Nature’s gift, it’s an opportunity – an opportunity to witness firsthand the unadulterated beauty of a fresh snowfall, to inhale the crisp winter air, and to shred some epic downhills.

This year has been phenomenal for winter activities due to record setting snowfall, and together with my son, we’ve been hitting the mountain so much more than prior years. Hopefully you fall into the same category, and whether you’re already an avid snowboarder or you’re just getting started, here’s the 2019 Burton gear we’re using to hit the slopes and take advantage of Mother Nature’s plentiful bounty. 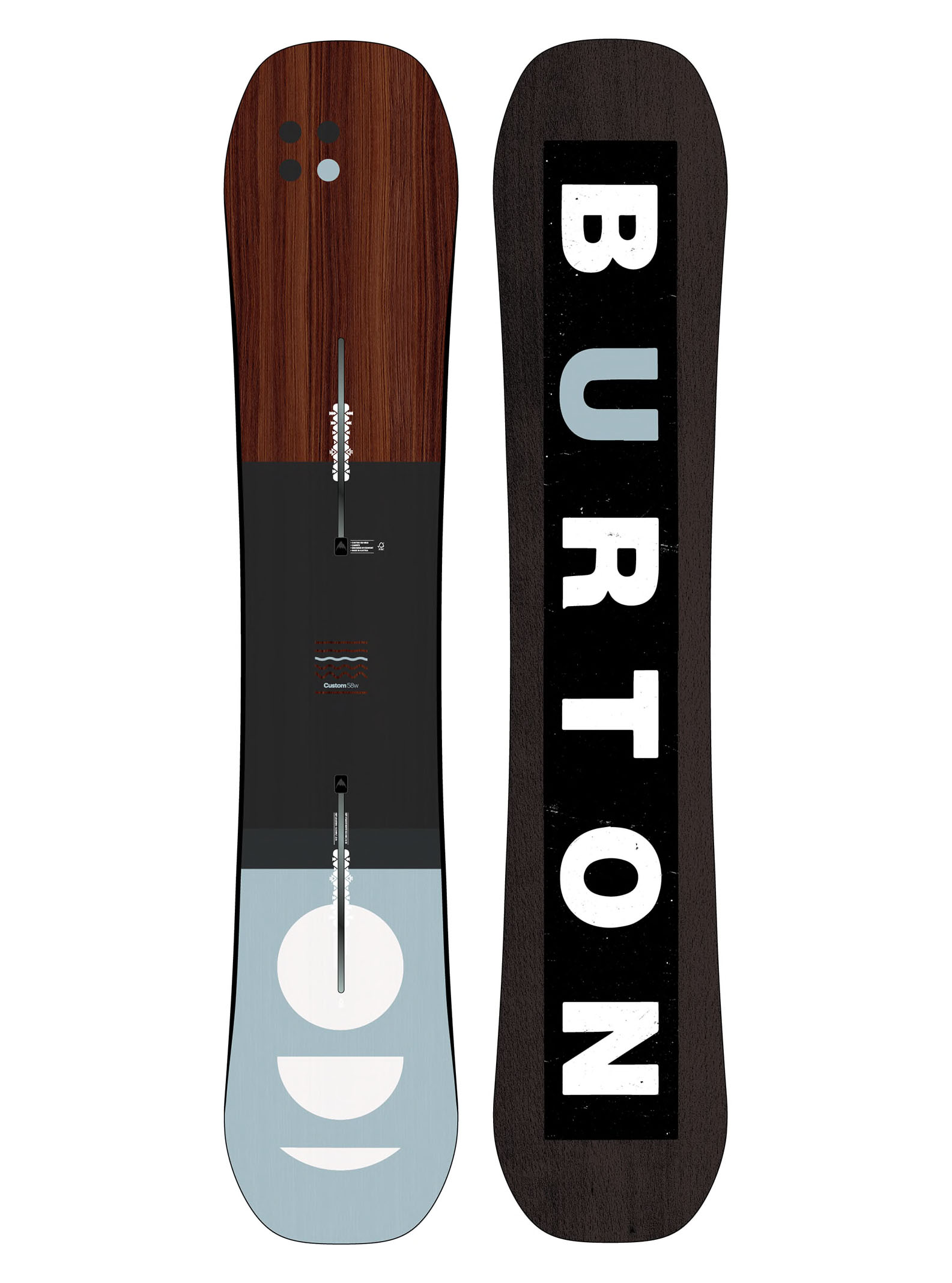 I’ve been snowboarding for twenty years, and nothing’s more essential to enjoying the ride than the board you select.  The Burton Custom is a legend in Burton’s lineup – they’ve been making it since 1996 – constantly honing and improving it along the way.  The result is the greatest all-mountain board on the planet, capable of transitioning from the park to the backcountry effortlessly while excelling every step of the way.

If I had to pick a single word that embodies the Burton Custom, it’s “versatility.”  Finding a board that does everything and does everything well is not an easy task.  And yet the Burton Custom pulls it off, as it has been for over two decades.  Some of the things you need to know about the Burton Custom:  first and foremost, it notes a directional twin shape, meaning its nose is slightly longer than its tail, along with a slightly set back stance.  It’s this directional design that gives the Custom its backcountry and powder shredding abilities – especially with the bindings set back on The Channel (which we’ll talk about in a second) – or you can configure the Custom for the park and easily ride switch.  It’s an incredibly solid board, and just like Goldilocks and the three bears, offers just the right amount of power and stiffness – not too stiff, not too soft, but just right.

Paired with its directional design the two other key features of the Custom are its twin flex shape and cambered design, giving you perfect edge control from tip to tail along with plenty of pop when you need it.  More Burton tech includes an FSC Certified Super Fly II core with carbon fiber enhanced fiberglass layering, Frostbite edges to keep you locked in when carving up icy conditions, and The Channel. If you’re new to The Channel, it’s an infinitely adjustable way to position your bindings, and for me, I’d never go back.  You can dial your bindings in to fit exactly what you’re riding, and because your feet are closer to the board, you get better board feel throughout your ride.  If you’ve never used it, you’re going to love The Channel’s feel and limitless customization.

Overall, the Burton Custom is just a phenomenal all around board.  Plenty of pop off jumps and stable when landing; incredibly responsive and solid at high speeds with excellent edge grip in icy conditions; and plenty of float and stability to shred the powder – if you’re like me and love mixing it up, the Burton Custom is easily the one board to get if you’re only getting one board.  One ride and you’ll be hooked. 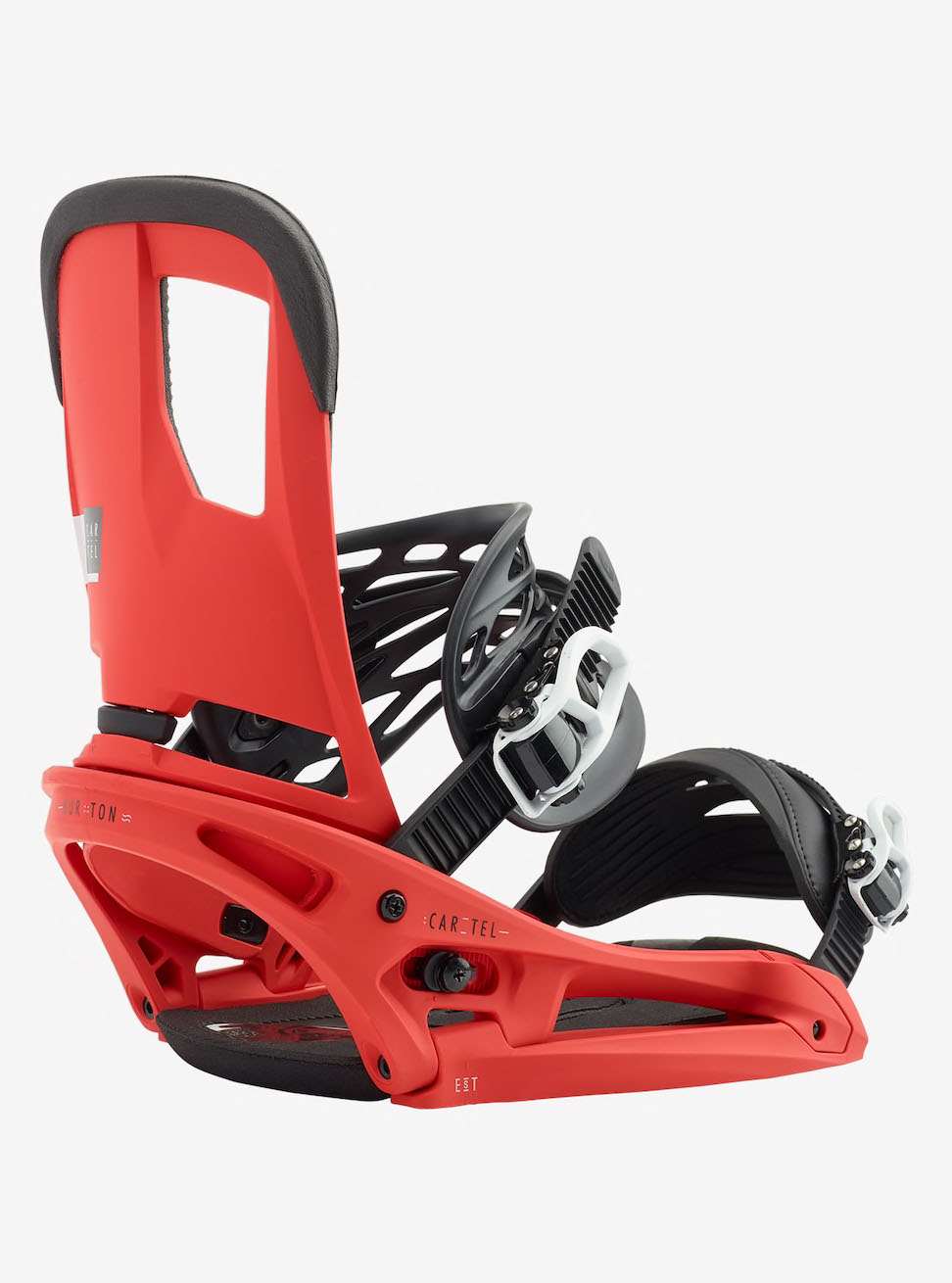 To take advantage of The Channel binding system I opted for Burton’s Cartel EST Snowboard bindings.  Like the Custom board the Cartel EST’s are an excellent all-around choice for bindings, offering a mix of comfort, performance and adjustability.  Mated to The Channel Cartel EST can be dialed in perfectly no matter the riding conditions, and the level of control and board feel is on another level compared to standard setups.

To keep you locked in, Burton Cartel EST bindings feature Hammockstrap 2.0 and Smooth Glide buckles, and they’re super easy to use in any conditions, no matter how deep the snow or how icy it gets.  To activate medial and lateral flex the Cartel EST’s feature what Burton calls The Hinge, giving you a smoother feel and more pop when you ollie, and Burton’s AutoCANT cushioning automatically tilts you to put you in the most comfortable position while providing ample cushioning and a smooth ride.

I haven’t used the Burton Custom with any other bindings, but after riding it with the Cartel EST’s, it’s a killer combo.  Support, board feel, pop, comfort – it’s all here in spades, and I’m loving every second of it. 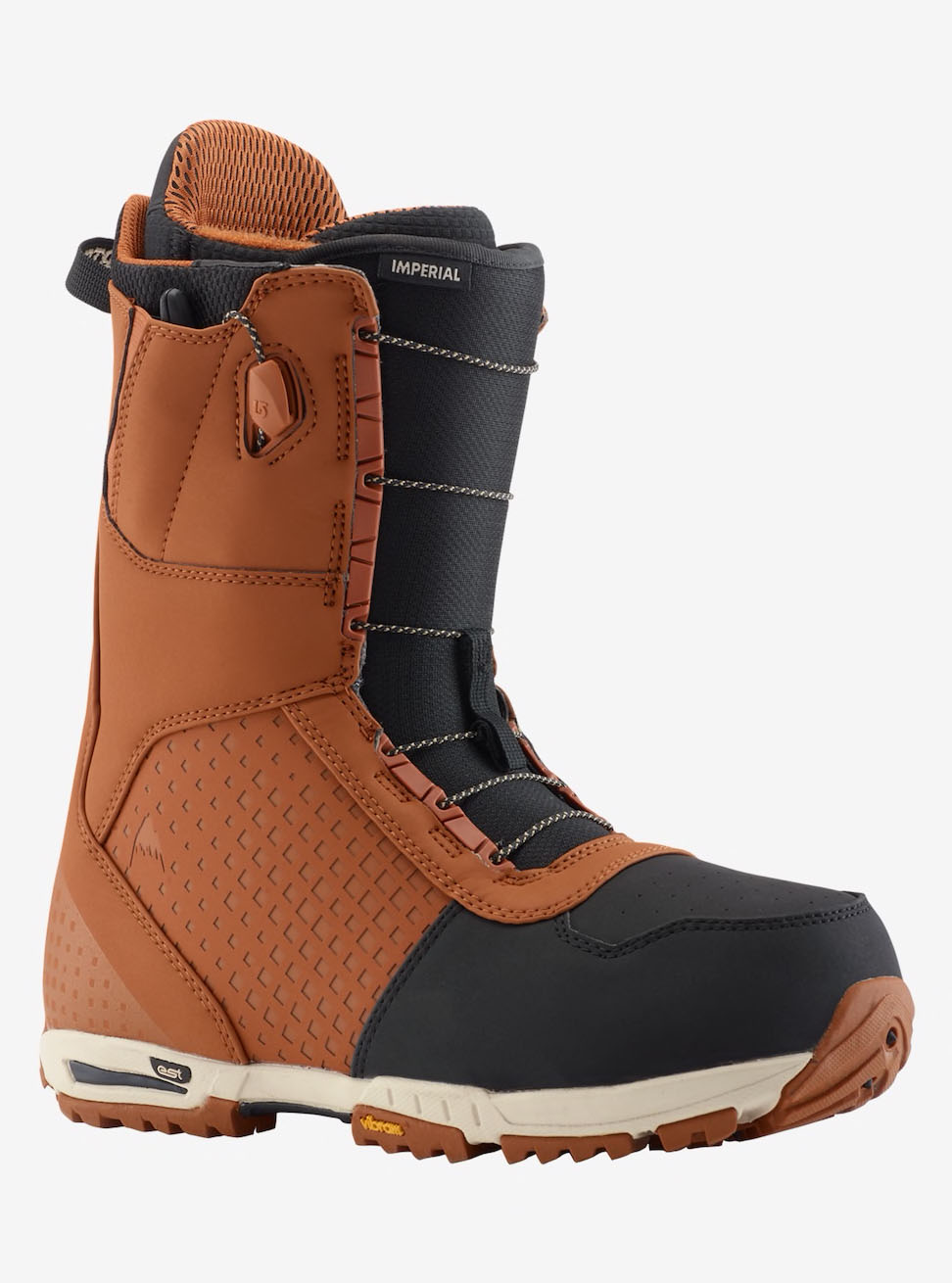 The last piece of gear I picked up this season is a pair of Burton Imperial Snowboard boots.  I figured if I’m upgrading my board why not upgrade the whole package, so I went with the Imperial’s based on my dealer’s recommendation.  Obviously describing boots is somewhat subjective based on your riding style and preferences, but for me the Imperial has been phenomenal.  It’s on the stiffer end of boots – call it a medium stiff – and overall it’s a really comfortable, lightweight all-around option.

Some of the tech highlights include S4 Panels with the upper and lower Speed Zone Lacing System, Vibram EcoStep soles, footprint reducing Shrinkage, and an EST chassis with B3 Gel cushioning.  All of this translates into a boot that after a couple days of riding feels completely broken in, offers excellent board feel, and gives me just the right amount of stiffness. Paired with the Burton Custom and Cartel EST bindings, it’s an absolutely killer trio for almost anything. 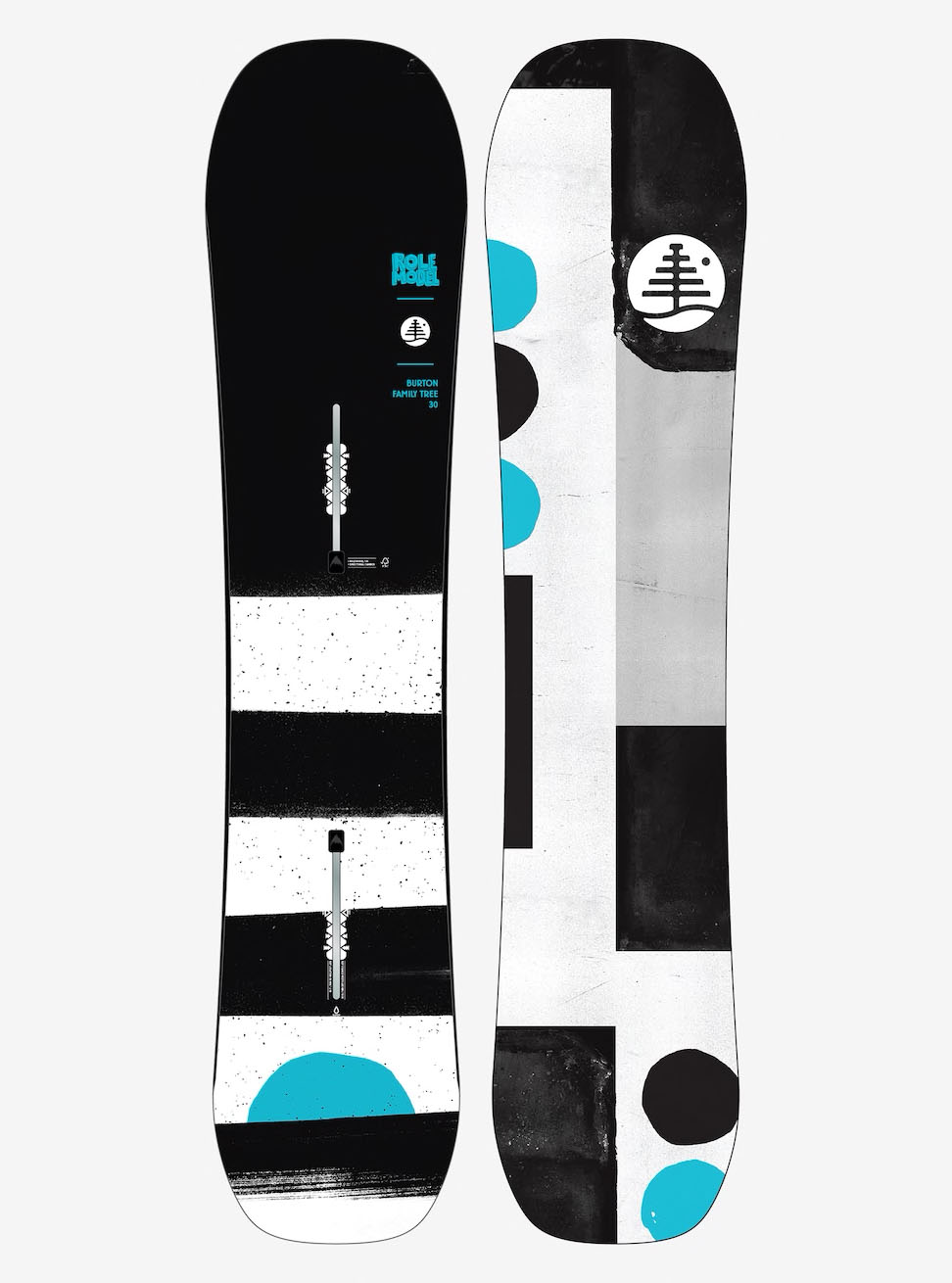 I’ve been snowboarding with my son since he was five, and when I splurged on a new set of Burton gear I picked up a new board for my son as well.  He loves riding powder with me, so I upgraded his ride to the Family Tree Role Model snowboard.  It’s a directional all-mountain board that let’s him tear up a bunch of different terrain, with the added ability to hit the park if the urge hits.

Some of the Family Tree Role Model’s defining features include a directional camber with entry rocker, a 15mm taper (meaning the nose is wider than the tail), a twin flex design, and an FSC certified lightweight core.  The board floats great in deep snow, is super solid at speed, and is really stable throughout turns (as told to me by my son).

Like my Custom, the Family Tree Role Model also comes with The Channel, meaning the bindings offer infinite adjustment options, letting younger riders play with their setup to get the ride dialed in just right. My son told me it’s an huge step up from his prior board, and I know he’s shared his affinity of the board with multiple friends looking for new gear. I asked him to sum his thoughts on the new board, and his response was simple:  “I love it.”  Enough said. 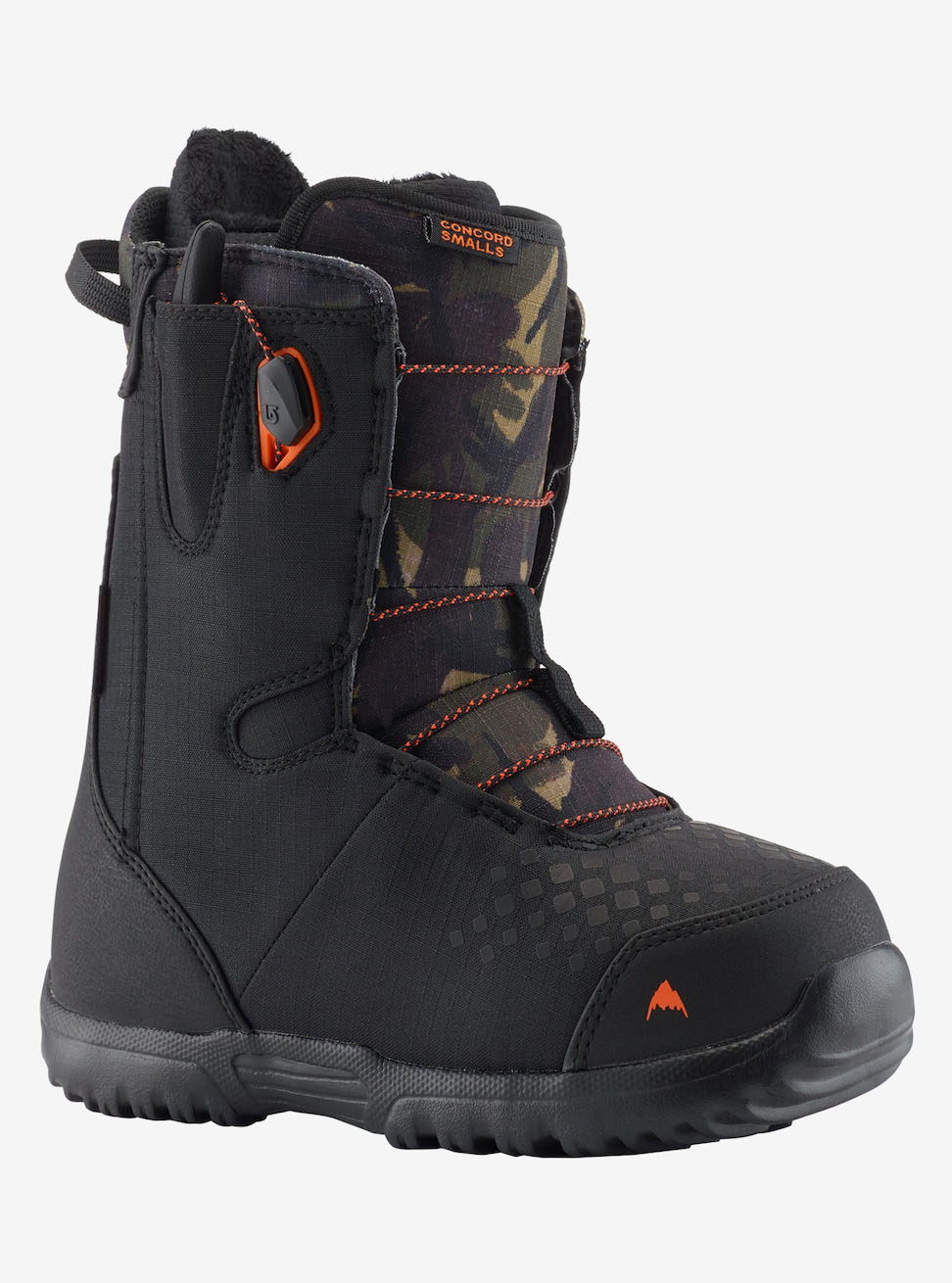 The last piece of gear we picked up was a new pair boots for my son – the Burton Concord Smalls.  They pack of bunch of features from the adult lineup into a kid friendly package, including the Speed Zone Lacing system, a wishbone upper cuff, and DynoLITE cushioning.  The two things my son immediately pointed out to me is how much he loved their lightness and the upper and lower lacing system.  After riding them a few times, he followed up with how comfortable they are, and he called them a huge improvement over his prior boots. As with his new board, he highly recommends them.

Technology is moving at an epic pace, and technology in snowboarding is no exception.  Burton is constantly pushing boundaries and incorporating next-level engineering into everything they build.  But they’re also keeping their environmental and social impact in check, with a host of sustainability goals they’re already implementing and more scheduled to be added by 2020.  You can read more about sustainability on the Burton website, but their goals are epic, and should be an example for everyone – better workplace environments, environmentally conscious materials, end of life solutions to avoid landfill waste… and plenty more.  Making insanely great snowboarding gear is awesome, but doing it by keeping people and the planet happy is what it’s really all about.

You can check out the full lineup of 2019 Burton snowboards at the official Burton website. 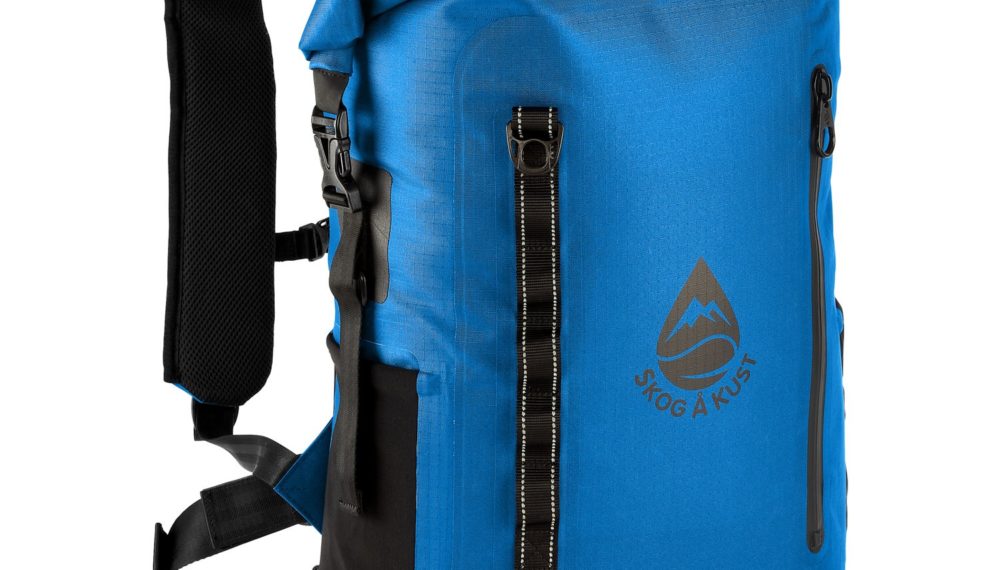 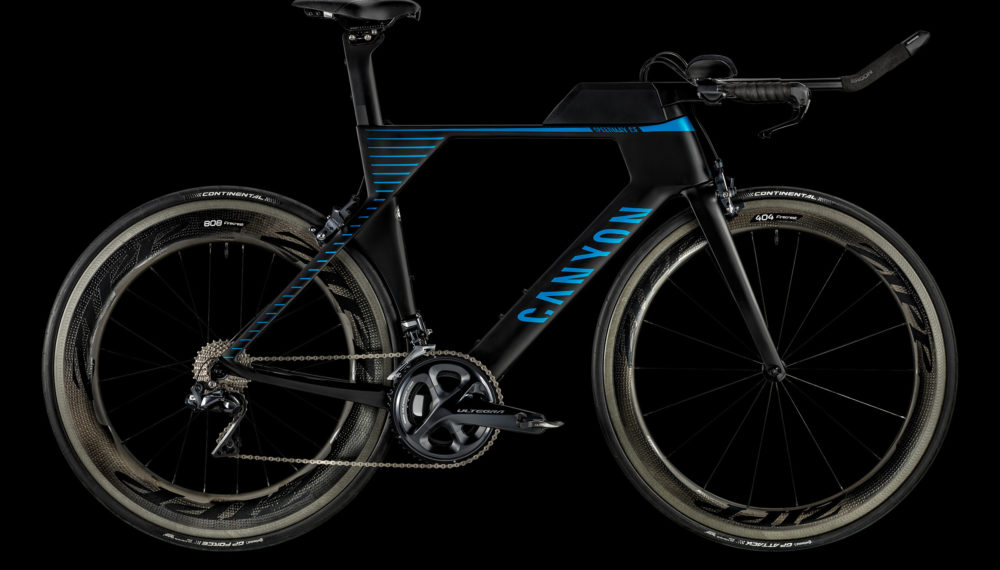 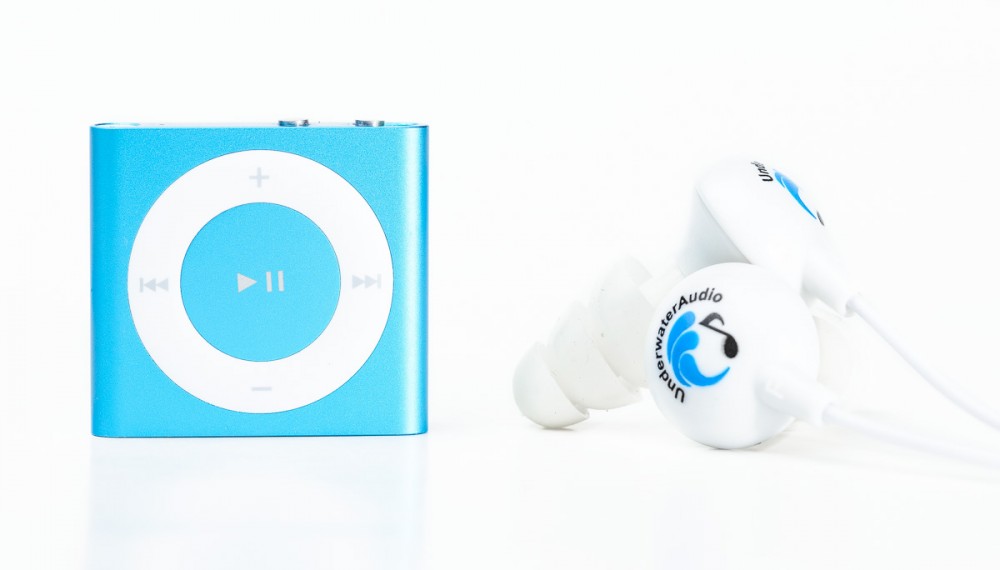