It goes without saying there are few things in life as transformative as a new canine companion. It’s like bringing a child into your home, only instead of taking nine months to acclimate to the fact you’re now sharing your space with a living, breathing, eating creature, the change happens overnight, and you’re suddenly thrust into a world of late night bathroom duties and sharp teeth that can destroy a pair of shoes in mere minutes.

On the flip side, unlike a child, you get to pick the looks, temperament and character of your new best friend, giving you a much clearer picture of what (hopefully) you can expect from your new companion while (hopefully) averting the crisis of having an animal that doesn’t blend well into your family dynamic. 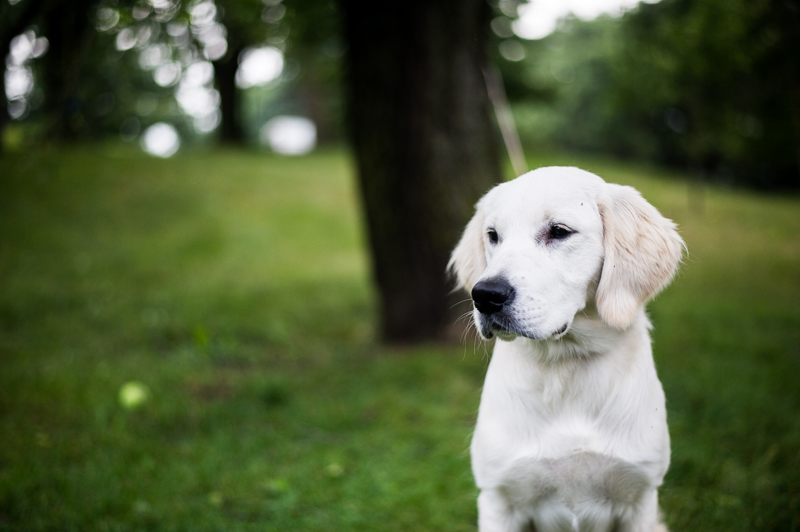 Which bring us to a dog named Hudson.

For years, my kids longed for a dog. They begged, they pleaded, they attempted with every ounce of their being to convince me they were ready to take on the role as animal caretakers. They promised to feed him. They promised to walk him. They promised to wipe his little paws off when they got muddy. And so eventually, my wife and I gave in to their wishes. As if three kids wasn’t enough, it was time to bring a fourth living creature into our house. And so from the seemingly endless list of possibilities, we began the arduous process of selecting a dog breed and breeder that would help us find “the one”.

Taking all that into account, we talked to friends and family that already owned dogs, we went to dog parks and farmer’s markets and interrogated random strangers about their animals, and eventually we narrowed our choice down to arguably one of the most well known dogs in America: the Golden Retriever.

On paper the breed fit everything we were looking for: active but not overly so. Loyal but not overly needy. And a great all-around family dog. But as we looked at various Golden Retrievers, it was the English variety that we were most enamored with. 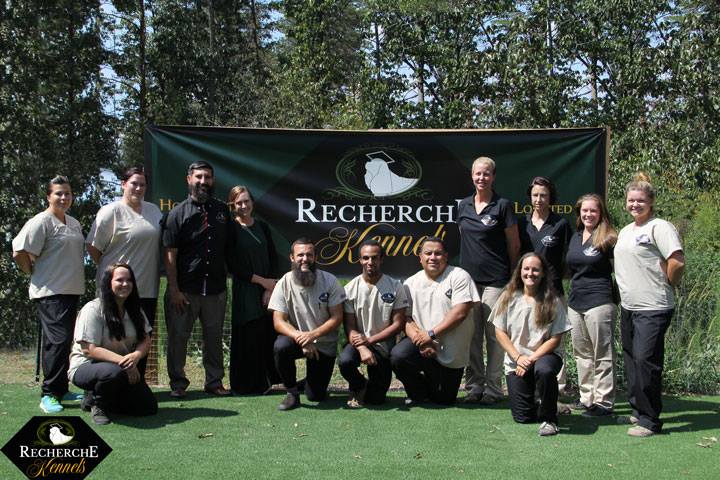 Several months of research went into selecting a breeder, and we eventually chose a breeder in North Carolina by the name of Recherche Goldens. There were a variety of reasons we chose Rechereche Goldens, but they all centered around the same principles: quality and clarity. In taking on what we knew would become another member of the family, it was vital that we knew the dog’s pedigree to have a clear picture of health, to ensure the best possible chances of having a healthy, happy dog.

Recherche Goldens has the full pedigrees of all their available pups, showing health reports of the parents including hips, elbows, eyes and heart, and they also provide a detailed personality profile of both parents. After speaking with numerous pet owners, I can’t emphasize enough how important it is to select a breeder that offers a clear pedigree and full health reports of both parents. You will quickly find that the initial savings of the purchasing a less expensive puppy will pale in comparison to the stress and the cost of the vet bills that will follow later down the road.

While we’re on the subject of health, it’s also worth noting that English Golden Retrievers are on average healthier than their American counterparts, noting an average lifespan of 12 years and 3 months (compared to American Golden Retrievers at 10 years and 8 months). One of the biggest reasons for the extended life span is the disparity in cancer related deaths among the breeds, with 61.8% of American Golden Retrievers succumbing to cancer (the breeds leading cause of death), whereas the cancer rate among English Golden Retrievers is much lower at 38.8%. For us, the reduced cancer rate and extended life span were both extremely motivating factors in selecting the English Golden breed as well. With that said, we felt strongly that the benefits only existed by selecting a breeder that clearly showed the pedigree and health reports, which is why we chose Recherche Kennels.

As for selecting a puppy itself, this is where Recherche Goldens truly excels. They have an amazing 6,000 square foot facility to house their animals along with a full training and veterinary staff. And it’s this staff and their extensive experience working with English Golden Retrievers that allows them to craft personality profiles for each and every puppy. As a new dog owner, it’s imperative to find a puppy that matches not only what you think you’re looking for but also a puppy that will readily match your family’s personality, whether you’re a high energy household or take a more relaxed approach to life. Through these personality profiles, you and your family can find a perfect fit for your home. But having an accurate personality profile is only possible from a training staff that has in-depth knowledge of the breed along with extensive firsthand experience working directly with English Goldens at various stages in their lives. It’s this in-depth knowledge and experience that again led us to choose Recherche Goldens, and for us, the personality profile of our new puppy was and is absolutely spot on. 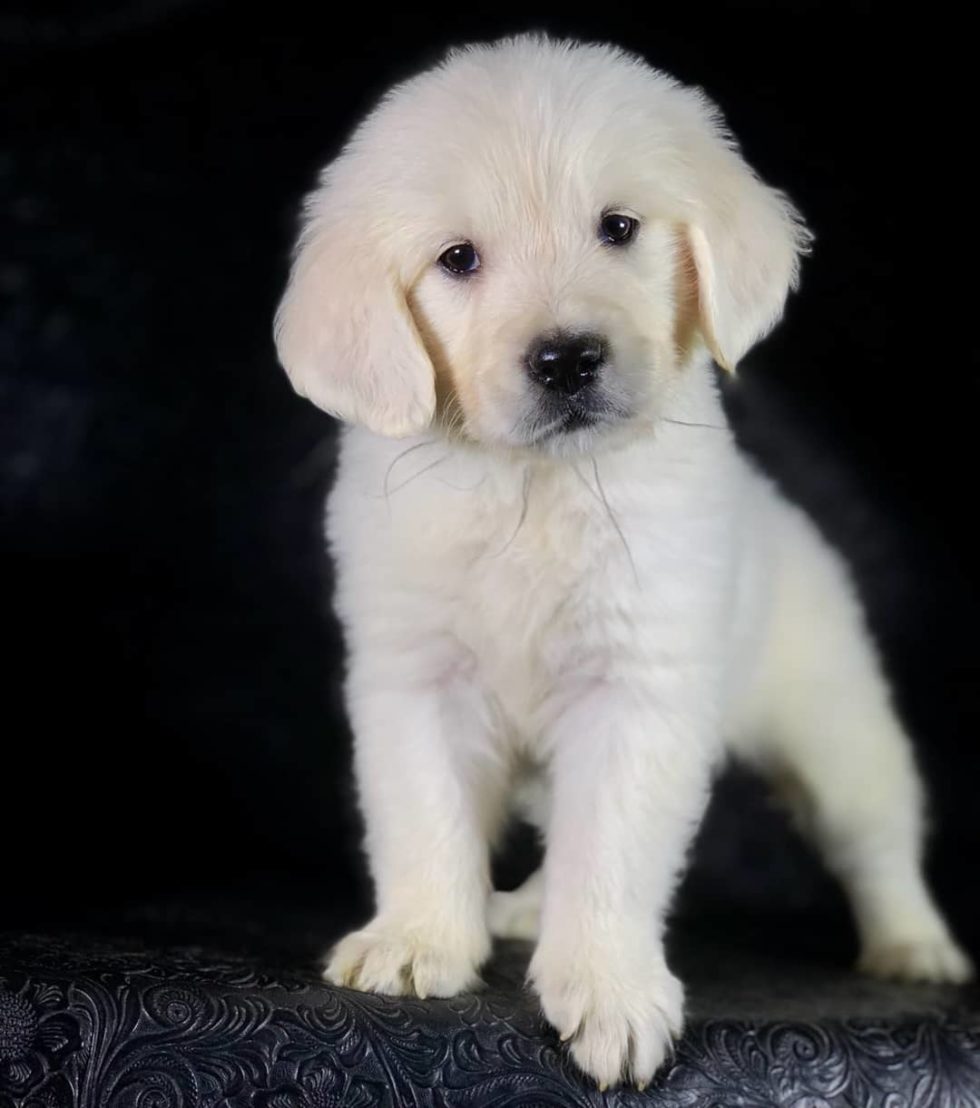 In selecting a puppy, you can choose five levels of training to best suit your needs, starting with Puppy Academy (250 hours), which all Recherche Golden pups receive prior to going to their new home. From there, you can opt for Canine College (350 hours), which continues to build beginner skills like potty training, obedience and socialization, and is an ideal option for those that are brining a puppy into a home with young children. Then there’s the Master’s Program (450 – 475 hours), that helps your pup excel in additional training situations that will prove useful in everyday life (i.e., ignoring distractions when out for a walk, learning to come and stay on command and more intensive socialization skills). Next is the Doggy Doctorate (600 plus hours) – a fantastic option for families that are unsure of the training process and would rather leave it to the professionals. Your pup comes to you fully educated on Recherche Goldens’ four pillars – obedience, house training, socialization and outside training – in addition to mastering a variety of commands, chew training, swim training and more. And lastly, the newest Recherche Goldens training option is an even longer Double Doggy Doctorate (hours vary) that continues into young adulthood, adding to the aforementioned training elements and truly maximizing your pup’s knowledge, abilities and personality. You can see the full details of each training program on the Recherche Goldens website along with videos to better show you what you can expect from your pup at each and every level.

It’s also important to note that in buying a dog from Recherche Goldens, it isn’t as simple as just picking what you want and having them ship him or her to you. Recherche Goldens doesn’t just take pride in their dogs, they’re committed to finding the ideal home for and every Golden they sell. To ensure compatibility with your household, when you decide to purchase a Recherche Golden, you’ll fill out an extensive questionnaire that covers your family’s personality, time commitments, energy level and more. Recherche Goldens will then use the personality profiles from their trainers to match you with the perfect pup.

As I mentioned above, the personality profile of our new pup (who we named Hudson) was and has remained identical to what was listed when we fit him to our family – high energy, moderately independent and confident. He is all these things and so much more. When he’s outside, he is retrieving tennis balls, keeping track of the kids as they go back and forth to the neighbor’s house, happy to lay in wait outside for them to come back outside to play and always happy to meet new friends. On a recent trip to South Dakota, we saw another side of Hudson that we hadn’t before – he is a born climber, with agility and confidence of a much older dog. As a group of six during multiple hour trail hikes, our group was spread apart at times, and Hudson happily sprinted back and forth to keep track of both groups, never straying from the trail and returning promptly at the sound of my whistle, despite his young age. He climbed rock formations that most people would struggle with, and looked more like a trained search and rescue dog than a young pup not even a year old. When he’s in the house, he’s a different dog completely, perfectly content to rest his head on your lap while you work, cuddle up with the kids for a movie or hang out on the deck during a cookout. 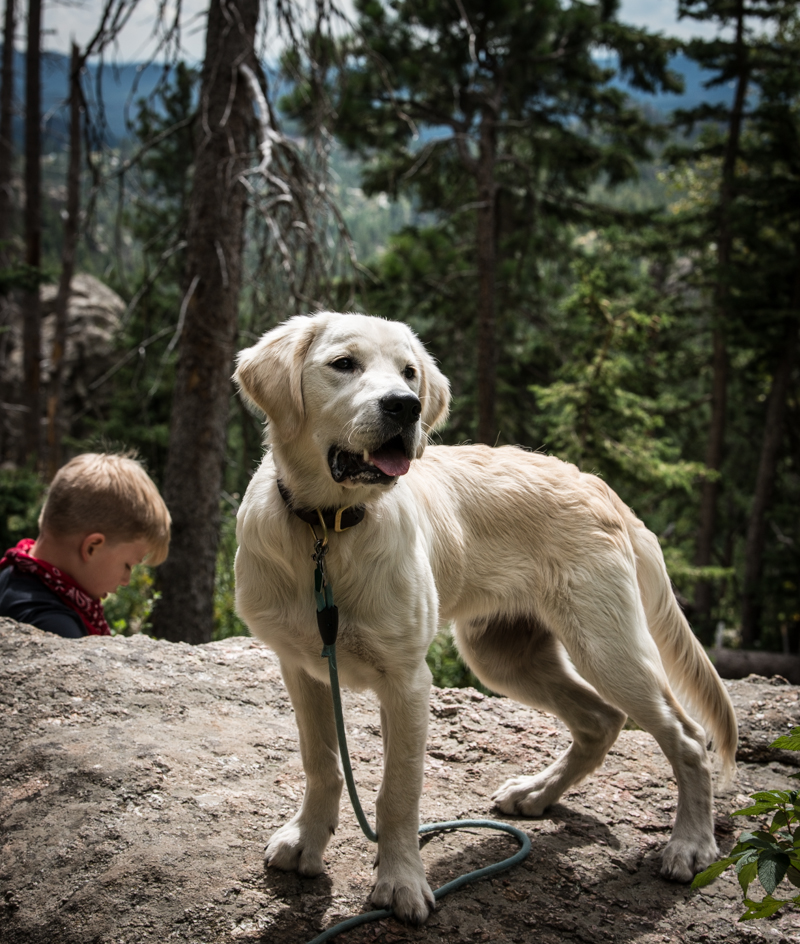 Simply put, Hudson is the perfect dog for our family and we couldn’t imagine life without him. We will be forever grateful to Recherche Goldens for their commitment to breeding such amazing Goldens – Goldens that are not only beautiful to look at, but just as importantly, Goldens that offer amazing temperaments with outstanding pedigrees.

If you’re looking to add a puppy to your family, I recommend researching Recherche Goldens for yourself.  Read the detailed answers to frequently asked questions written by owner, Jamel Hamka himself that cover not only his breeding ideals and his commitment to breeding the world’s best pedigrees but the English Golden breed itself. 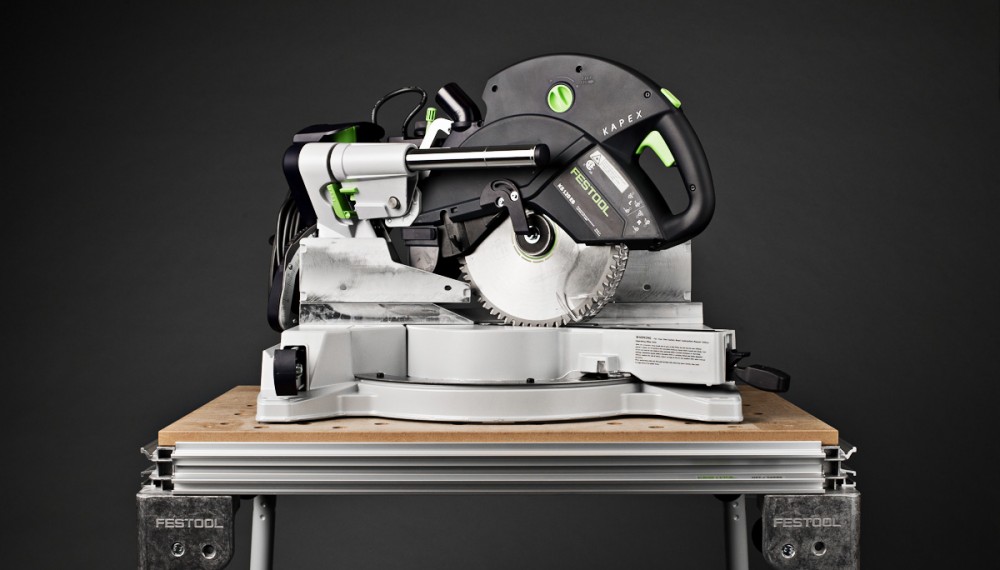 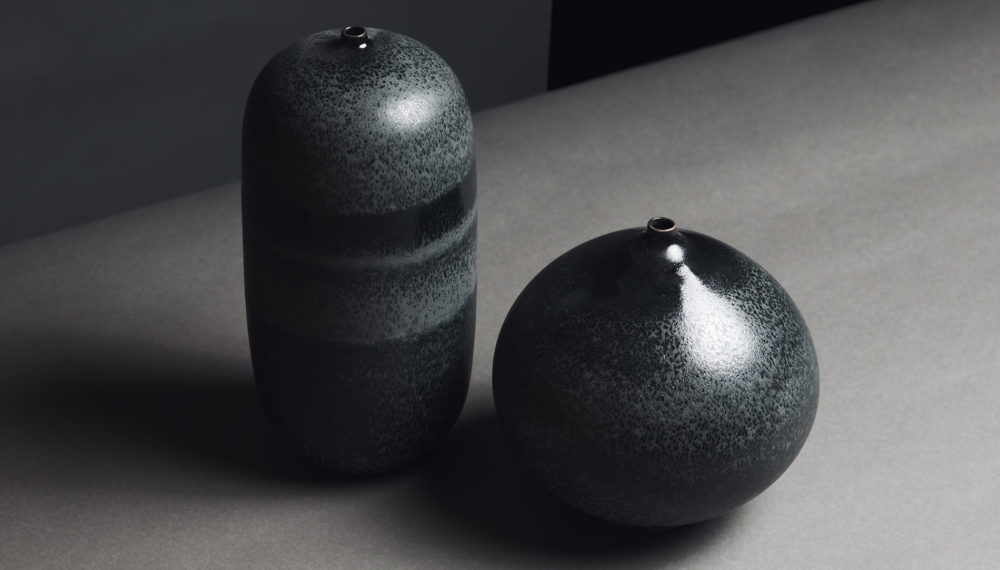 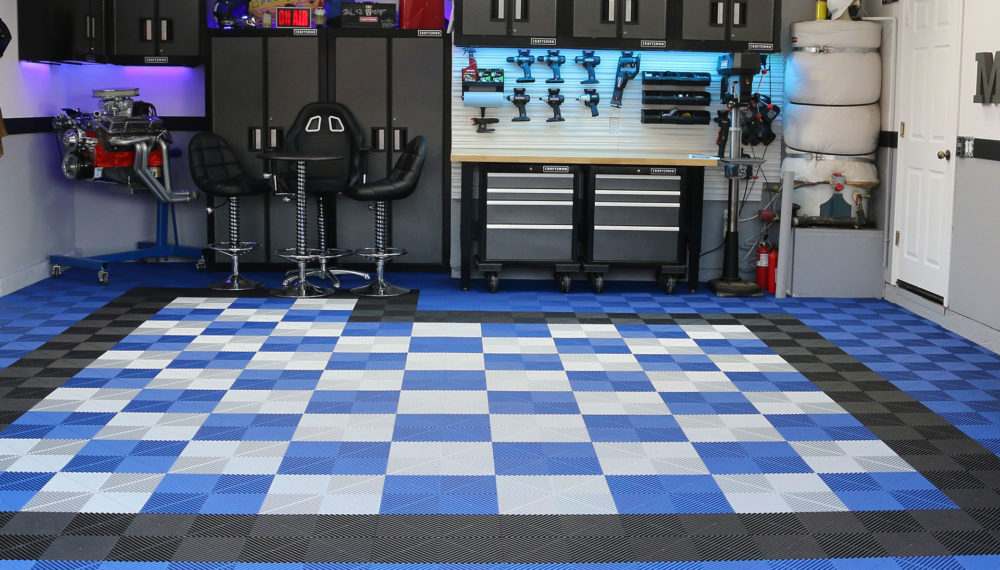