Here’s a quick fact you may not have known:  while you may think that wrinkled clothes are a modern day dilemma, historical records show that man has been concerned with pesky wrinkles all the way back to the 1st century BC.  The first iron?  A heavy pan filled with hot coals which was then pushed over fabric.  Several centuries later, someone decided that ironing was a common enough task that it warranted a dedicated tool, and thus the first fire-heated solid irons were produced.

Since then, irons have taken numerous shapes, sizes and heating sources, with the most common today being the electric iron. But just like in history, not all irons are created equal, with modern day irons suffering from numerous design flaws ranging from  poor performance, not enough heating power, water leakage, etc.  The problem is, ironing is chore that none of us can escape, whether you’re a business professional, a stay-at-home mom or a student, wrinkle free clothes are a necessity no matter what your occupation.  And because running to the dry cleaners every time a shirt has a wrinkle isn’t a viable or cost-effective option, ironing had become, for me, one of the things around the house that I simply hated to do, as I was never truly happy with my iron’s performance.  It was tedious, time consuming, and my clothes never matched the quality they did when I took them and had them professionally cleaned and pressed.

That’s when a friend introduced me to the Laurastar Lift +.  Forget what you know about irons – the Laurastar Lift + is anything but.  It’s an iron and steam generator that’s lightweight and portable, but more importantly, it’s like having a professional presser in your own home. 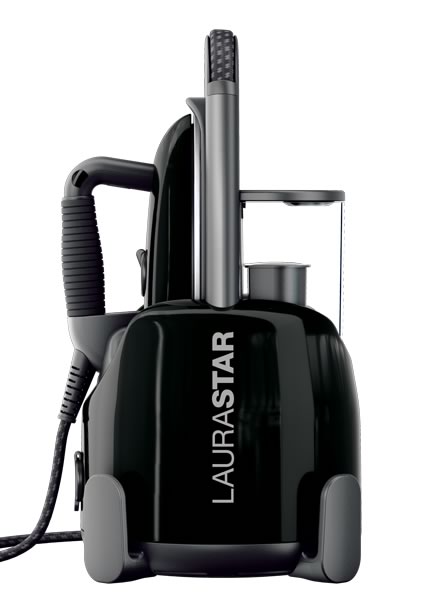 The magic behind the Lift + comes from a combination of smart technology and design, the first of which is that the Lift + diffuses steam evenly across your fabric in short intermittent bursts at a pressure of 3.5 bar.  And while that number may not mean much to you, in actual use, the Lift + can easily penetrate four layers of jean material, eliminating the need to iron each leg individually.  In other words, you’re cutting your ironing time in half.  What about extremely delicate fabrics you ask?  Simply hold the Laurastar Lift + about an inch away from your delicate clothing, and it releases the wrinkles as you go without ever touching the fabric.  And it works amazingly well.

Another problem that I’ve had with numerous irons is the infamous white residue, which is basically a scale buildup from the water in your iron.  There’s nothing worse than doing a load of laundry, only to find leftover residue on them once you’re done ironing.  With the Lift +, water first passes through an anti-scale filter, thus eliminating any white residue that you would commonly see left behind when using other lesser irons.  Your clothes are not only wrinkle free, they stay perfectly clean as well.

And then there’s the shape.  You know how irons are made to travel in one direction, as the straight edge on the back will cause new wrinkles if you try move the iron backwords?  With the Lift +, a unique almond shaped plate is curved at the back, allowing you to iron forward and back without any creasing.  This alone has made me love my Laurastar Lift +. 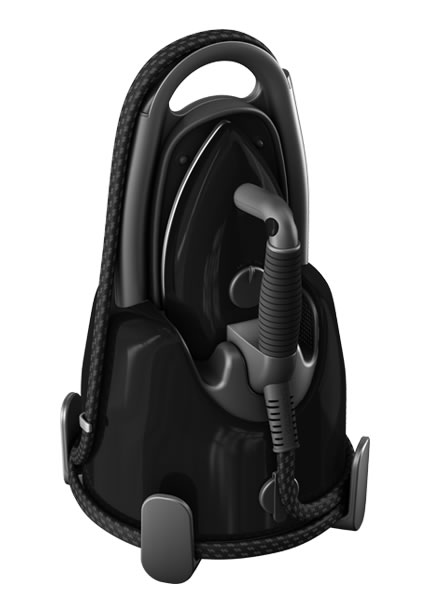 From there, Laurastar has re-engineered virtually ever part of the Lift +, transforming the iron into a modern technological marvel.  There’s a heat resistant mat for setting the iron down without fear of burning your clothing.  There’s a huge 1 liter water reservoir that lets you finish an entire load of laundry without refilling. The water tank is backlit, so you can easily see when it’s time to refill, and in the event you do need to refill during an ironing session, you can do so while ironing without needing to unplug and wait for the iron to cool.  There’s an automatic power cord winder, which may seem like a minor detail, but it saves time and keeps the Lift + packed neatly away.  And there’s an integrated safe iron storage, so you can put the iron away while it’s still hot. No more leaving the iron out and having to come back later to pack everything away.  Everything on the Lift + has a place and packs up easily and quickly – so even if you only have one piece to iron, you won’t hesitate pulling it out due to a long setup and takedown time.  You can even use the Laurastar Lift + while your clothes are still on the hanger.  Simply plug it in, and three minutes later you can quickly steam your favorite piece of clothing right in your closet.

And that for me is the Lift +’s biggest benefit.  Whereas other irons are a chore to use, the Laurastar Lift + is just so quick and easy that I’ve found myself using it significantly more than my old iron.  In a conventional setup, ironing is so much faster thanks to the Lift +’s ample amount of power.  But when I’m in a hurry, I can still take the time for a quick steam – something that was impossible with prior irons.  My clothes look better, I feel better, and I’m still spending less time ironing than I did with my old iron.  Add in my kids’ clothes and my husbands clothes, and the Lift + is a dream product that feels as though it was designed just for me.  Ironing has become something I actually enjoy doing, and for me, this is the biggest compliment I can give.  I’d never even consider going back to a conventional iron again.

You can learn more about the Laurastar Lift + and see the full range of available colors, Ultimate Black, Pure White and Pinky Pop in the U.S., at Swiss-Steamer.com. 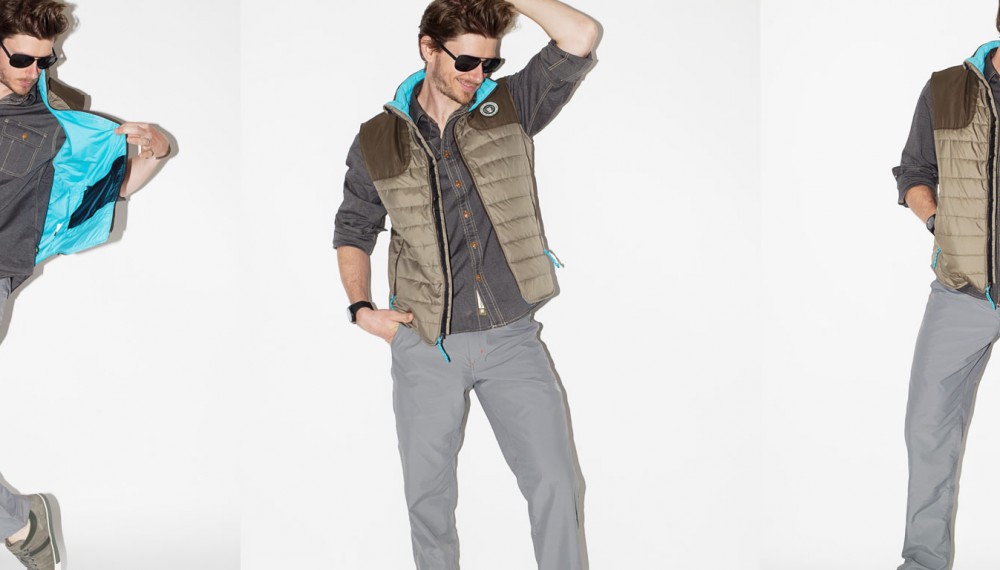 What to Wear: Howler Brothers

smart Clothing and Accessories for Spring