The Connoisseurian is a masterpiece of engineering

There’s nothing more magical in the culinary world than the application of heat to raw ingredients, and the ensuing transformation that occurs once the perfect amount of heat is applied to your chosen dish.  It’s the accurate application of heat during the cooking process that is vital to achieving your desired results, which is precisely why, when choosing a home range, selecting the one that gives you the greatest amount of control and temperature range is so vital.

Ten years ago I purchased a Capital Culinarian range, and it forever changed the options I had when crafting dishes in my home kitchen. It offered all the abilities of a professional range – ample power, the ability to simmer, and a huge oven – all wrapped in a luxurious package. After enjoying ten flawless years with my Capital Culinarian, I’ve since moved to a new home, and one of the first purchases I made was another Capital range – this time, the Capital Connoisseurian.  And after six months of use, including the preparation of two enormous Thanksgiving and Christmas meals, I can tell you firsthand the Connoisseurian is a masterpiece of engineering, offering copious amount of power, perfectly precise temperature control, and a pair of electric ovens that make baking a dream. Read on and I’ll tell you what makes the Capital Connoisseurian the ultimate professional home range. 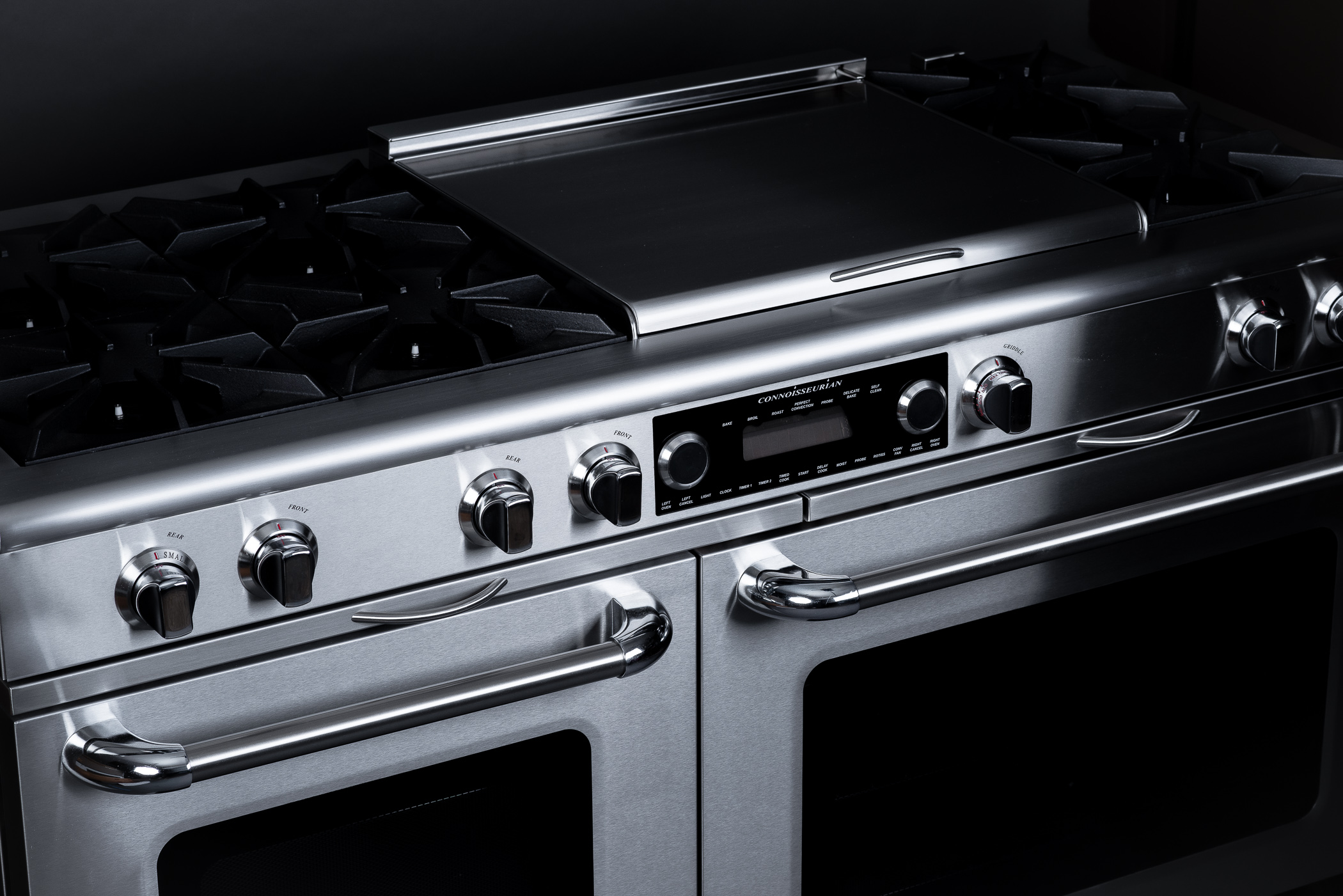 If you’re new to Capital ranges, one of the first questions you may have is “what is the difference between the Culinarian and Connoisseurian lines?” The answer, in short, is how they’re powered. In looking at the Connoisseurian lineup of ranges from Capital Cooking, the most important distinction to note is that all of the ranges come with a dual fuel configuration, meaning the cooktop elements are powered by either natural gas or propane, whereas the ovens are all electric. This differs from the Culinarian line, which offers a purely gas option for both the cooktop and ovens.

So which should you choose? As someone that’s owned both the Culinarian and Connoisseurian, I can tell you they’re both amazing, and you’ll be happy with either. That being said, gas ovens tend to favor foods that like moist environments, like meats, whereas bakers tend to favor electric ovens, as the drier heat tends to favor baked goods. I have an extensive look at the Capital Culinarian that you can read here, so if you’re still on the fence as to which option is right for you, be sure to check out that article as well. 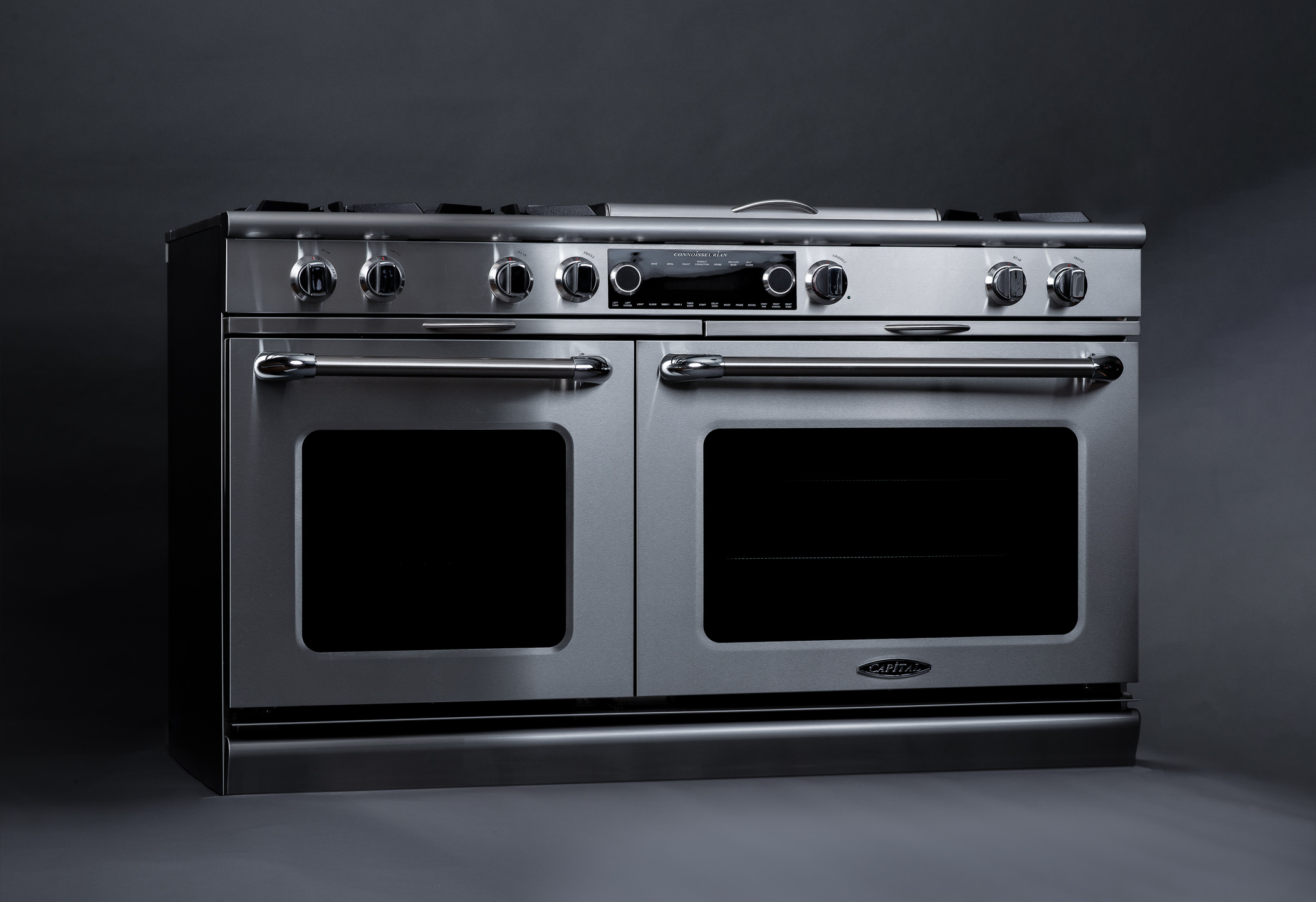 But back to the Capital Connoisseurian. In total, the Connoisseurian lineup notes 30 different configurations in four distinct sizes: 30″, 36″, 48″ and 60″. The lineup also includes two distinct burner options, based on your preferences: open burners and sealed burners. Open burners are what you’ll typically find on commercial ranges, and in the case of the Connoisseurian, primary burners offer 25,000 btu’s, which if you’re new to btu’s means you’re cooking with a tremendous amount of heat (we’ll talk more about the burners later). As for the sealed burners, they make cleaning a little bit easier due to their sealed design, but you’ll sacrifice some power, with btu’s coming in at 19,000 for primary burners. Your choice will boil down to how much power do you need, and how important is ease of cleaning after cooking.

The Connoisseurian is a masterpiece of engineering

Ultimately, whether you’re looking for an abundance of burners, a grill, a griddle or love to cook on a wok, there’s really an option for everyone.

So what did I choose? Coming from a 60″ Culinarian, I had grown to love cooking with an ample amount of burners, so I chose the 60″ Connoisseurian with 24″ griddle and 6 open burners, and I couldn’t be happier with my decision. It handles huge meals with ease, the griddle has made weekend breakfasts a ritual in my home, and the spacious ovens are exceptional for baking. In short, it’s everything I needed and more.

If there’s a singular reason to choose Capital over the variety of other ranges on the market, it has to be the cooktop. Available in a wide range of configurations (as already noted), with options for a grill, griddle, or combination of both, the foundation of the Connoisseurian’s cooktop are the burners. For the ultimate in commercial level cooking in home, the open burners provide a staggering 25K BTU’s, yet still retain the ability to be turned down to a true simmer. Capital also offers a smaller, 8K BTU burner on some models, allowing for an even lower simmer for the most delicate of sauces.

In a word, the open burners on the Connoisseurian are incredible. I never thought I needed such high BTU’s prior to owning a Capital, but now that I have so much power at my disposal, I find myself using the highest heat settings weekly, usually when wok cooking. Thanks to an available wok ring that replaces the standard burner grate, cooking with a wok on the Connoisseurian is brilliant, as the ample heat allows a genuine smokey flavor to permeate the food. I also use high heat when searing meats, prior to cooking at lower temps in the oven. Some debate the need for such high heat, but I’ll tell you firsthand that if you’re truly serious about cooking at the highest possible level, there’s simply no way to get the same results with less power. 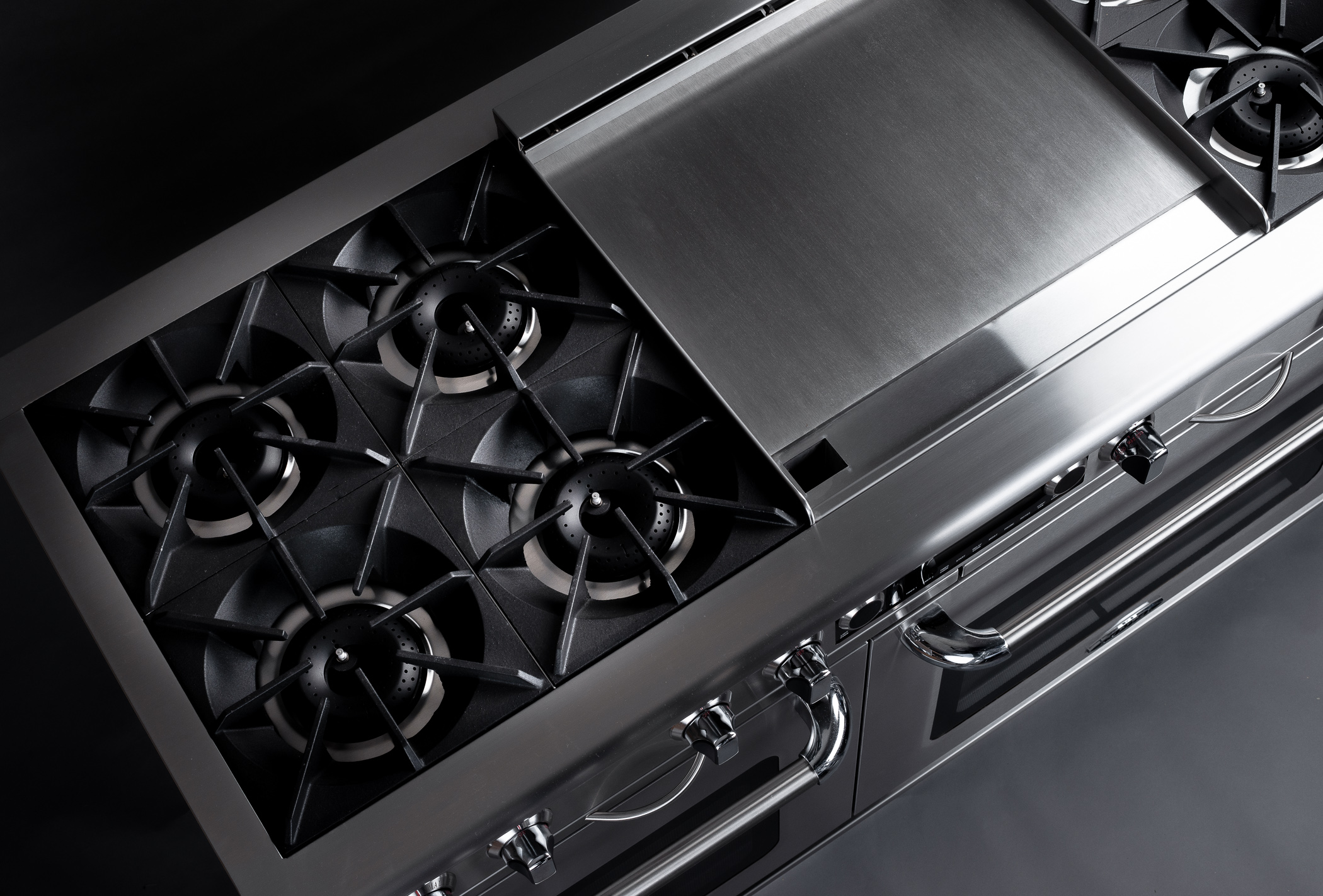 Despite the heat, all burners turn down to a true simmer, and I’ve had great success making numerous delicate French sauces on the 25K BTU burners. My 60″ Connoisseurian includes one 8K BTU small pan burner, and when I’m using very small pans, I find myself using this burner extensively. That being said, I’m more than happy with the simmer functionality of the main burners, so if you’re looking at a model that doesn’t include the smaller burner, fret not. In terms of cleaning, I’ve also had no problems with the open burner design, as the process for removing the grates and burners is quite easy, should the need arise. I rarely clean the burners, however, as messes usually occur from food escaping the sides of the pan, which doesn’t affect the burners at all.

One of the biggest changes I made on my new Connoisseurian compared to my original Culinarian was the addition of a 30K BTU 24″ griddle. On my Culinarian, I opted for a 12″ grill and 12″ griddle, but I found I didn’t use the grill as often as I thought I would, as I usually would just opt to grill outdoors. The griddle, however, quickly became a family favorite for weekend breakfasts, so when I chose my new Connoisseurian, I welcomed the additional space of the 24″ griddle, and decided to save grilling exclusively for the outdoors. And I will say, I love my decision. The extra wide griddle transforms our kitchen into a diner on the weekends, and we throw everything from eggs, bacon and pancakes on it in the morning to burgers and buns on it at night. Not only that, the flat surface area can act like a French top when you’re using numerous pans for bigger meals, so I find myself using the griddle to keep pans warm or simmer when I need the extra space. If you’re a die hard grill fan, you can’t go wrong with the grill option, but for my family and I, the 24″ griddle was definitely the better option.

Whatever you choose, just know that Capital Connoisseurian’s cooktop boasts the highest powered, greatest performing burners on the market.

On my 60″ Connoisseurian model, there are two electric ovens. The primary oven has 5.4 cubic foot cavity, measuring 27” W X 16-1/2” H X 21” D, whereas the second oven has a 3.6 cubic foot cavity, measuring 18” W X 16-1/2” H X 21” D. There are numerous features that both ovens share, including dual air flow convection, self-cleaning functionality, a ribbon broil element for searing, six rack positions with three Flex-Roll oven racks included in each oven, meat probe and timed and delay cooking modes, to name a few. The primary oven also includes a built in motorized rotisserie with stainless steel spit rod and forks as well as a moist cooking mode, meaning you can cook incredibly moist meats from the comfort of your own home. Both ovens also feature bake element under glass, which makes cleanup a breeze. 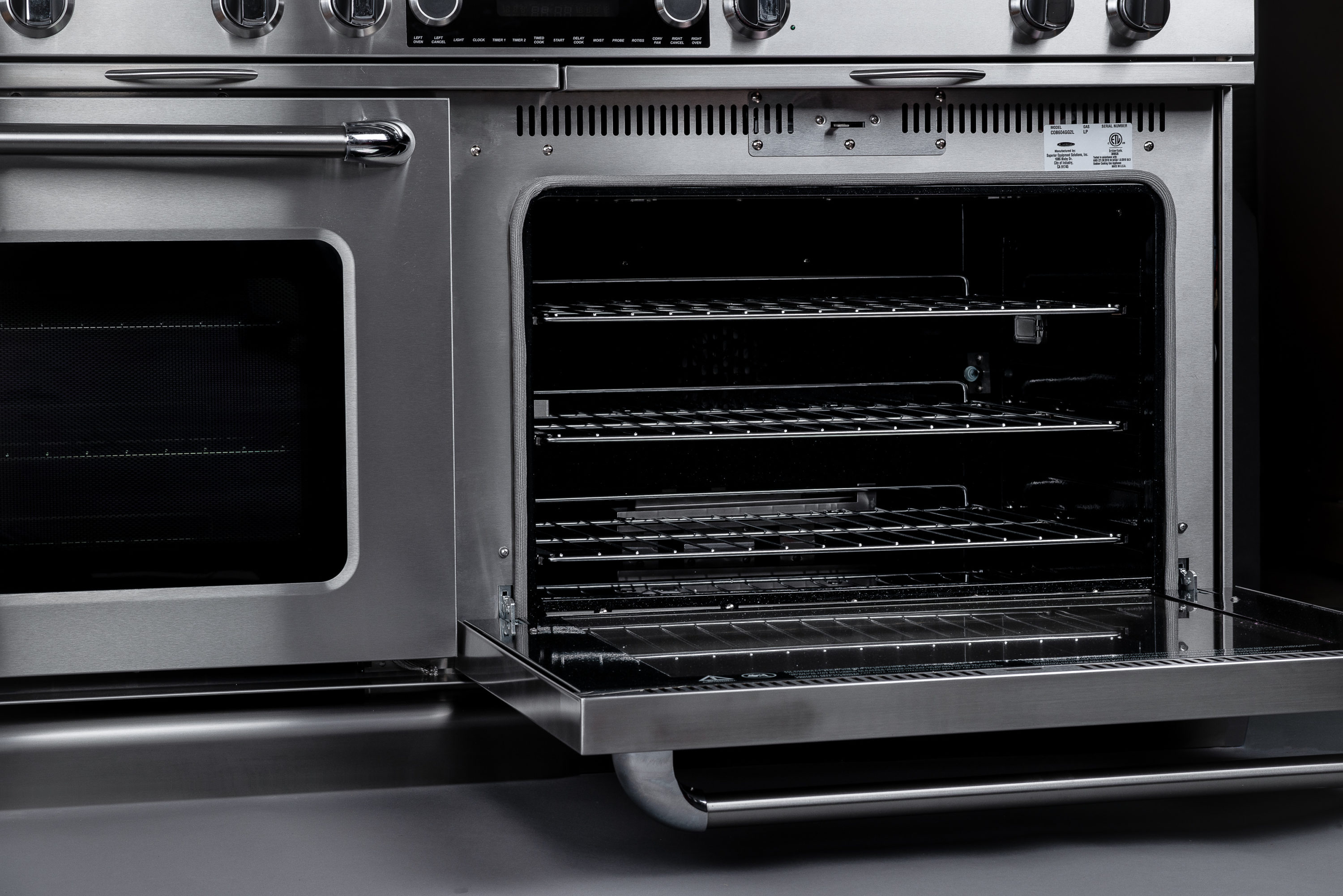 One of my favorite things about having a larger oven and smaller oven is the ability to choose the right oven size for what I’m baking. When I need extra space I use the primary oven, but when I’m baking something small I gravitate towards the second oven. Both ovens do exactly what I need them to do, offering beautifully uniform heating, easy cleanup and ample functionality and power. I feel like they’ve helped me achieve even greater results than my prior gas ovens, and honestly I don’t how they could be improved, as my baking results have been superb.

Designed and built in the United States, Capital ranges’ build quality is impeccable. I owned my Culinarian for 10 years, and not only did it perform flawlessly, its looks matched its performance a decade later. It’s evident Capital uses the highest quality materials to build their ranges, and the build quality of the Connoisseurian has only gotten better. There wasn’t a single flaw with my range – not a scratch, every weld was perfect, every knob, every burner – everything functioned perfectly from the start, and six months later I’ve yet to find a fault with it. Capital ranges are beautifully built, to the point you could use them in a commercial kitchen and they could withstand the punishment. 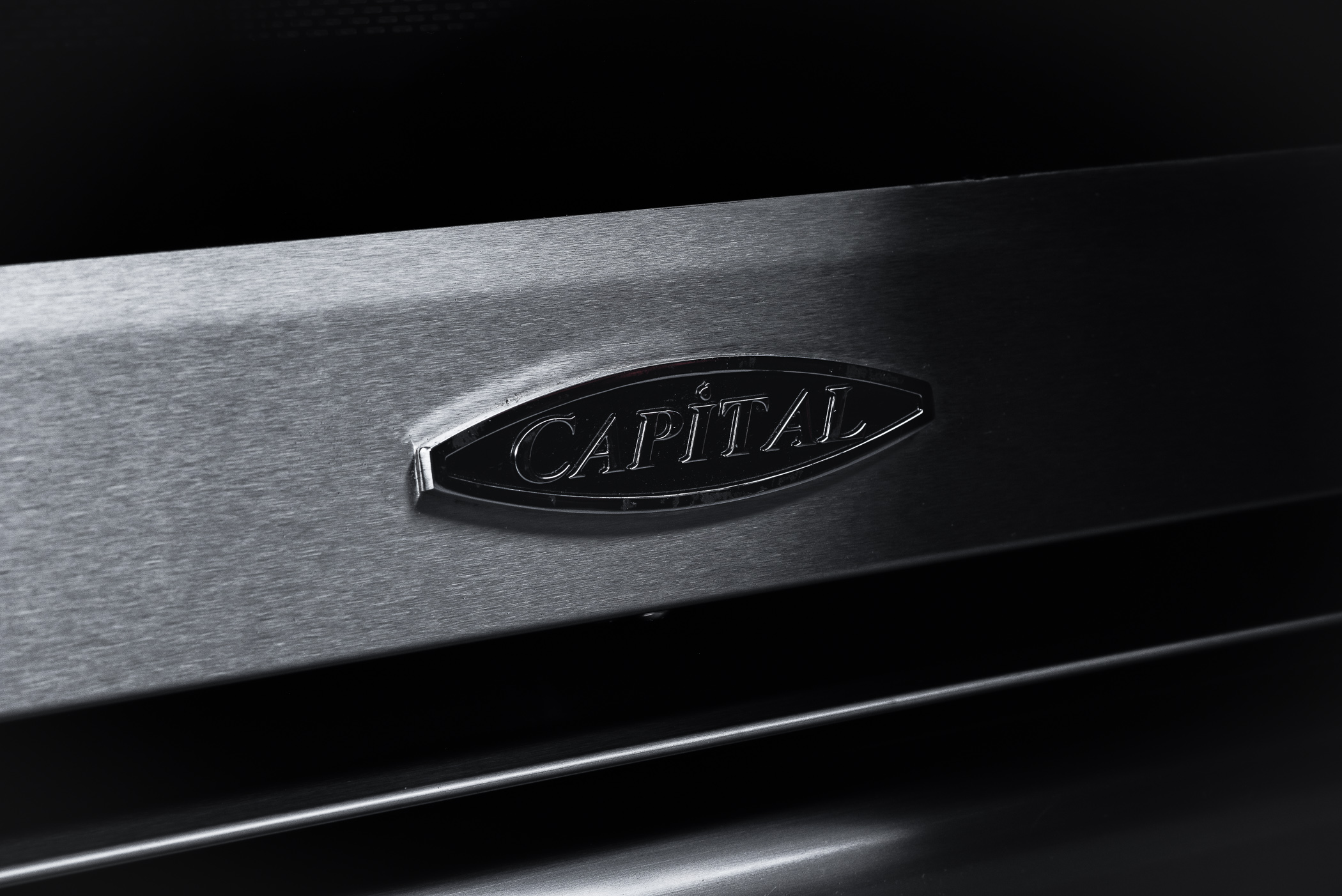 When it comes to choosing a professional level home range, the only two ranges I would consider would be the Capital Culinarian or Connoisseurian. They’re built to the absolute highest standards, they perform brilliantly, and they really are commercial quality ranges designed for home use. Having owned both, I would give the edge to the Connoisseurian, simply because I’ve grown to love the electric ovens. The ovens have made baking a dream, and I’ve had tremendous success cooking beautifully moist meats thanks to both the rotisserie and the Moist cook settings. Ultimately, both ranges are absolutely superb, and in truth, you can’t go wrong with either one. I can’t imagine using a range with less power, as Capital’s open burners have allowed my cooking to reach levels I never thought possible from a home range. If you, like me, are in search of achieving the absolutely highest level of at-home cooking, then Capital needs to be your number one option – there simply isn’t a better home range on the planet. 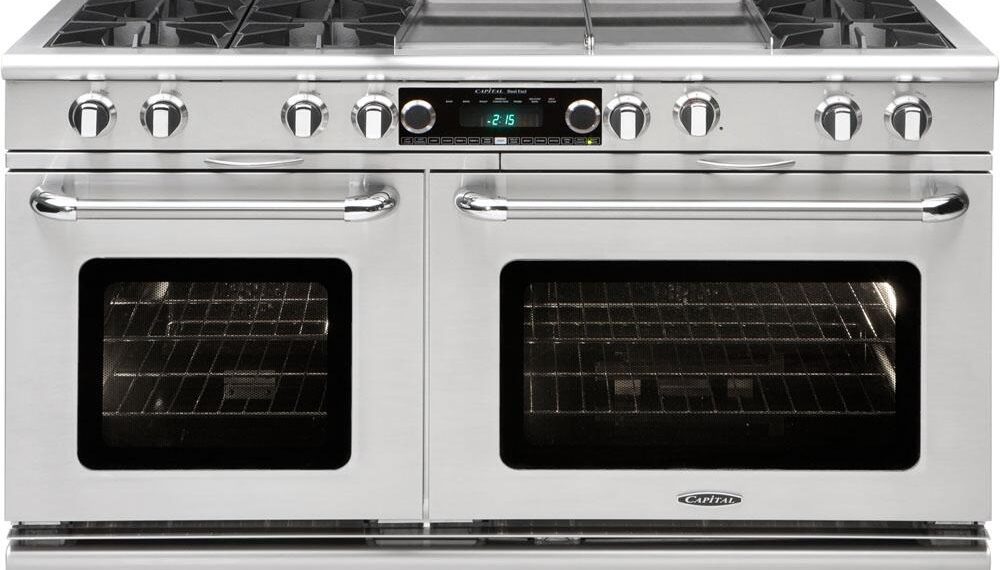 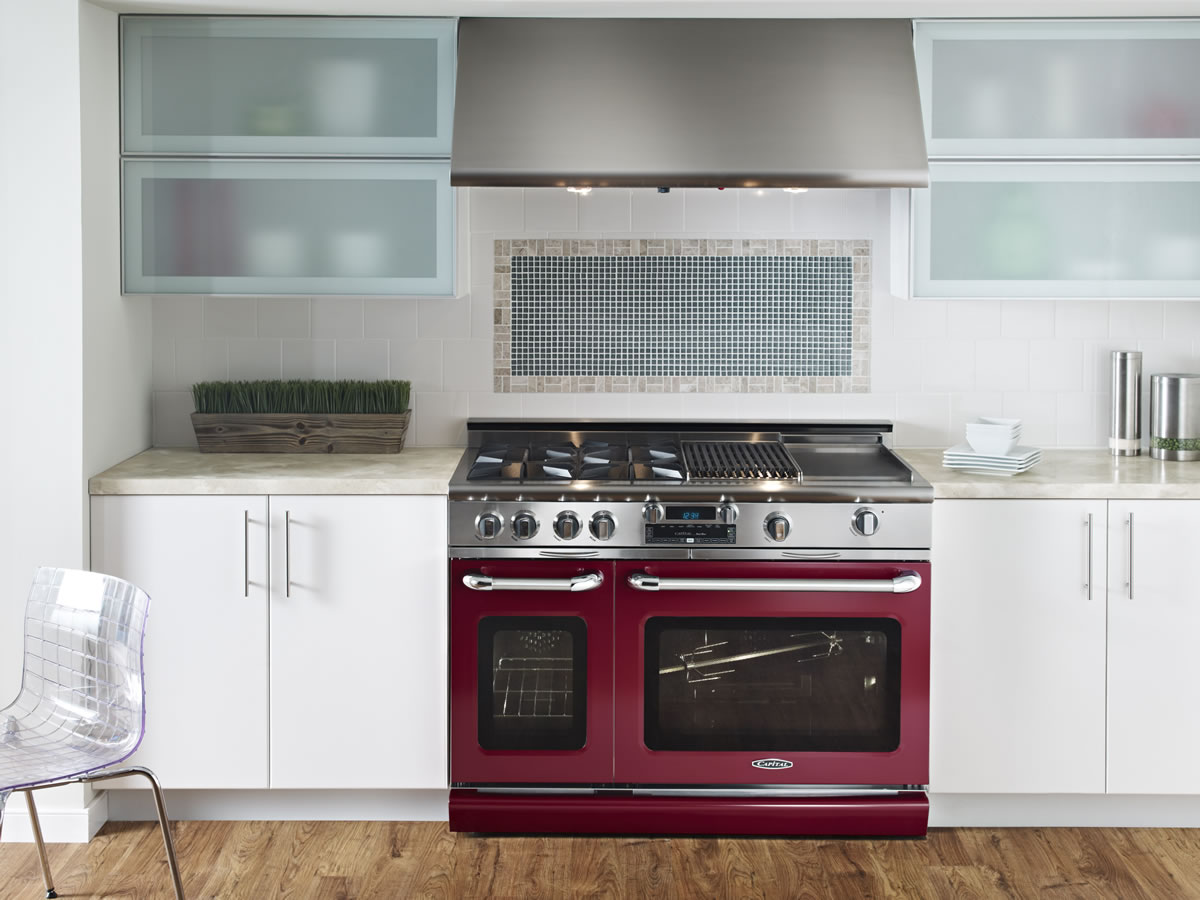 Elevate your sleeping ritual with bedding and accessories from AREA