When Gottlieb Daimler introduced his first truck in 1896, Carl Benz was simultaneously working towards a very different type of commercial vehicle in Mannheim. His focus was on buses and what nowadays would be called vans. Benz’s first runabouts of 1896 were called “combination delivery vehicles” in the jargon of the day. As “small coaches with a detachable box body”, the vehicle had a chain drive and three-speed transmission as well as narrow solid rubber tyres. Three engine variants were available, with 1.8, 2.6 or 3.3 kW.

The first vehicle Benz built was sold to France. A Paris department store bought the small box van, derived from the “Velo” passenger car. It featured a rear-mounted 1.8 kW engine, had a payload of 300 kilograms, including driver, and a top speed of 20 – 30 km/h. Benz’s French general distributor Emile Roger, together with a businessman from Birmingham, Léon L’Hollier, devised a plan in late 1896 to set up extensive workshops in the Digbeth district of Birmingham, as counterpart to Daimler Motor Syndicate Ltd., located in Coventry, and to build trucks and delivery vehicles there. Several vehicles were produced, but the company fell apart when Emile Roger died in 1897

From 1896 Benz also offered a somewhat larger variant of “delivery car”, described as a “coach with closed body” and initially with a two-stage belt drive, but supplied from 1898 onwards with a three-speed transmission. This vehicle also rolled on solid rubber tyres with good ground clearance. With a payload of 300 kg, (and 400 kg from 1898 onwards, not including the two drivers) this vehicle offered a much greater cargo area compared with the combination delivery vehicle. The drive was supplied by a chain, and the tractive power by a four-stroke engine with initially 2.7 kW, and from 1898 onwards 4.4 kW. The first Benz vans were built from 1896 until the start of the 20th century. But then the production of vans petered out at Benz, since all available capacity was taken up with passenger cars.

What Benz referred to as “delivery vehicles”, Daimler called “business vehicles”. These panel vans were available from DMG as lighter weight designs from 1897. There were, however, fundamental differences compared with the fully-fledged trucks for higher payloads: here Daimler used a chain drive (as was the Benz principle), whereas the typical feature of heavy-duty Daimler trucks remained for years to come the pinion drive, with which he equipped his very first truck of 1896.

Characteristic features of these early Daimler vans, which came in five payload variants ranging from 800 to 2500 kilograms, were the engine positioned over the front axle, a raised engine bonnet and a four-speed gear-only transmission. To begin with Daimler used both a two-cylinder engine with 1.47 kW to 5.9 kW and a four-cylinder unit with 4.4 kW to 8.8 kW. Untertürkheim produced these vehicles as “Daimler business vehicles” from 1897 until 1903.

From 1904 the early Daimler vans focused on the 750 – 1000 kilogram payload segment and now featured exclusively two-cylinder engines. Production was eventually switched to Berlin-Marienfelde, although the van concept was only pursued until 1905. Marienfelde then specialised solely in trucks and buses.

SAG in Gaggenau takes up the running

A short time afterwards SAG in Gaggenau once again took up the running, concluding a joint venture agreement with Benz in Mannheim in 1907 and trading under the name Benz-Werke Gaggenau from December 1910. Here, from 1908 until 1910, ten different variants of delivery van for payloads ranging from 300 to 1500 kilograms were produced; these were superseded from 1911 by the Benz D 11 and KL 11 delivery vehicles (500 to 1500 kilogram payload). Gaggenau then diversified its programme from 1913 onwards, offering altogether four variants for payloads of 500, 750, 1000 and 1500 kilograms, which were produced until 1916.

Not until 1912 did Daimler start building new delivery vans, their production location being once again Untertürkheim. This fact was represented by the letter “U” in the designation of the new series launched in 1912, which was clearly of a different calibre to the previous generation. The light-weight variant – called the U ½ T – and designed for a payload of 500 to 750 kilograms, had pneumatic tyres on both axles, used the tried-and-tested 16 kW four-cylinder unit (Daimler) and boasted a propeller shaft. The heavier version answered to the name of U 1 T, handled 1250 to 1500 kilograms of payload with initially 18 kW, then 23.5 kW (Daimler 10 and 12) and also featured a propeller shaft. These vans also had pneumatic tyres at the front and traditional solid rubber tyres at the rear.

These two vans were built from 1912 until 1919. The lightweight variants were discontinued in 1920, to be replaced by a U 1 with 18 kW for payloads between 1150 and 1250 kilograms and a particularly heavy-duty U 2 T for 2500 kilograms payload, catered for by the impressive 37 kW output of the Daimler 22. In contrast to its lighter-weight colleagues, the U 2 T was equipped with solid rubber tyres all round. Production of these vans was discontinued in 1919/1920 however. Only the U 2 T survived until 1921.

The line between delivery van and truck remained a fluid one. For a short time, delivery vans would be replaced by light trucks such as the DC 1a from Berlin-Marienfelde or the CN 1 Benz truck built at Gaggenau (each having approximately one tonne payload). After the merger, the company defined the van as principally a truck derivative. Both the L 1 of 1926 (1000 kilogram payload) and the L 45 of 1928 (2500 kilogram payload) were available in a special panel van variant, which kept the van tradition simmering on the back burner until the appearance of the L 1100/L 1500 (in 1941). But there would now be a long interlude of almost three decades until the emergence of new independent van types.

There were also vans derive from passenger cars, however. From 1927, for example, Mercedes-Benz offered a vehicle with the designation L ¾, which was based on the 8/38-35 hp model (1926–1928), featured an extra-long wheelbase of 3250 millimetres and was therefore used mainly as a delivery vehicle, ambulance, pickup or minibus.

Technically the L ¾ differed from the passenger car in minor details only, the most significant being a prop shaft instead of a torque tube and horizontal rather than downward sloping longitudinal members at the rear. From July 1929 the plant in creased the payload of the L ¾ to 1000 kilograms and gave the vehicle the new designation L 1000. It was built until 1936 and reached a total production volume of 2376 units. From 1932 until 1935 the L 1000 was joined by a smaller van, a modified 170 model in panel van design, which in line with its payload of 300 kilogram appeared in sales literature as the L 300. 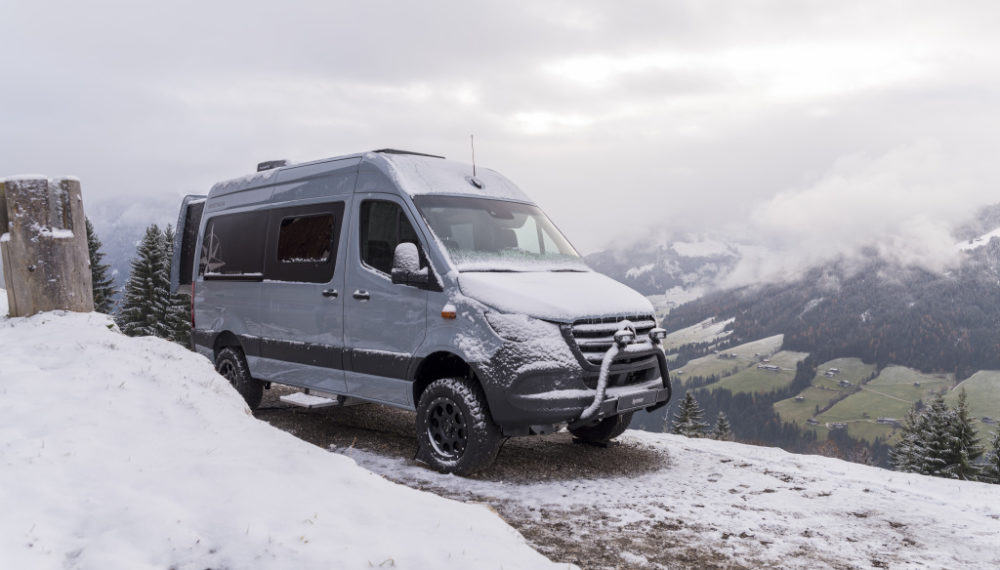 Celebrating 25 Years of the Mercedes-Benz Sprinter 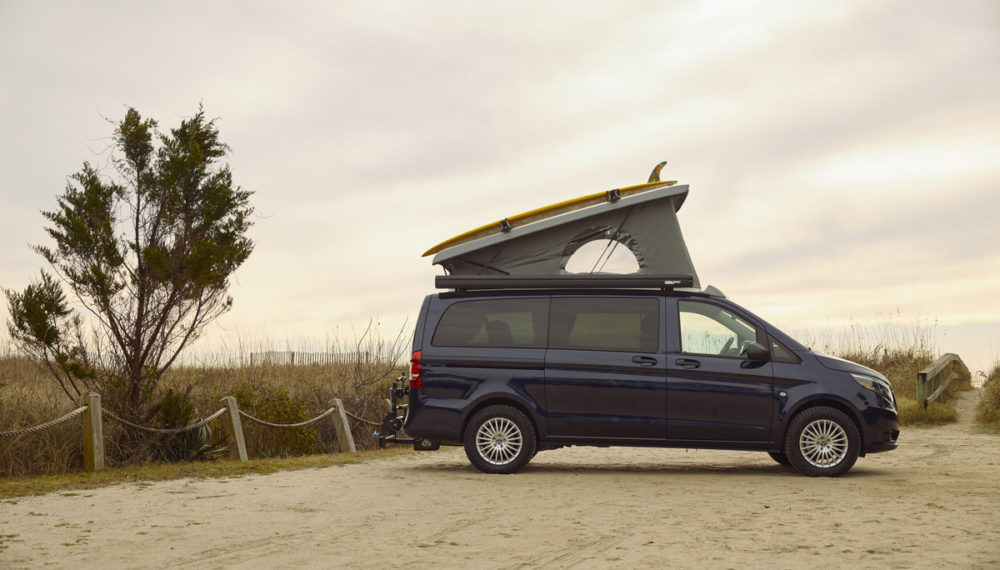 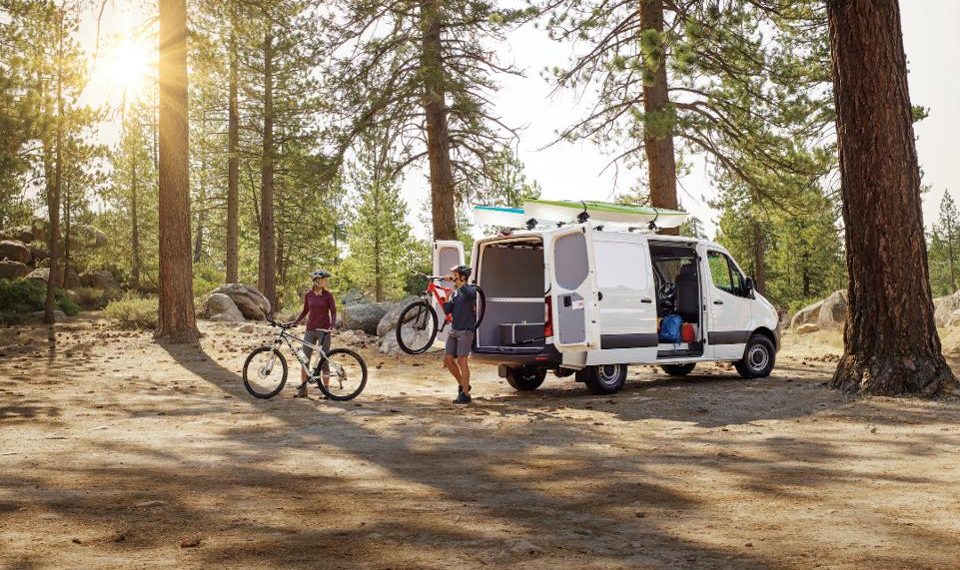