The 2014 Mercedes-Benz S63 AMG 4Matic is without question one of the best cars in the world, and that is just based on its stats.  So, what to people who have driven the S63 AMG really think?  The editors over at AutoWeek put together their thoughts on the powerful sedan and we couldn’t help but share. 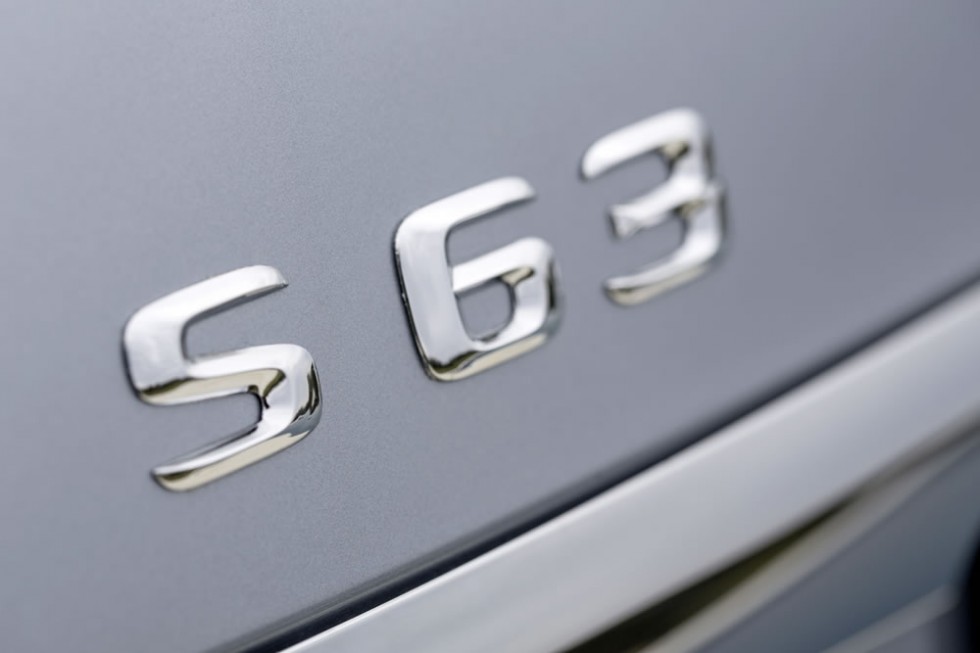 AUTOWEEK EDITOR WES RAYNAL: My goodness. Isn’t this 2014 Mercedes-Benz S63 AMG 4Matic just a heck of a car? It’s about as close as I’ll get to piloting a private jet. Love it.

The S-class it’s based on is outstanding, so upgrading to the AMG model isn’t necessarily a must, but for that extra oomph, well sure, why not?

I just love cruising around town in this baby. In eco mode and suspension set on comfort, there’s stop/start and a nice, comfortable and coddling ride.

What’s that you say? How’s the power? Well, the AMG badge means it’s a real athlete when you want it to be. In sport mode, the V8’s power flings the car to 60 mph in about three and a half seconds, plenty quick enough for anyone. Midrange speed and power, say 35-80 mph, is even more impressive than 0-60 — that’s where the car really feels like a missile. Sport mode also stiffens the suspension and steering, cutting body roll and making the car feel a heck of a lot more sporting than you’d guess of a 4,800-pound car. It’s terrific to drive either fast or slow.

The interior is a knockout in terms of material quality and fit and finish. It’s also handsome and fairly intuitive once you learn your way around in there.

Anybody notice that in the first half of 2014, the S-class is blowing away the other big luxury cars? And I mean curb stompin’ them. The Benz outsold the BMW 7-series by about 6,500 cars and the Lexus LS by almost 7,200. Don’t even get me started on the Porsche Panamera…

Drive an S-class and you’ll see why — being all new no doubt helps. Here we have one of the few six-figure cars I say is worth the money.

AUTOWEEK WEST COAST EDITOR MARK VAUGHN: Think of this as an S-class sedan that is more acceptable to Autoweek readers. Most Autoweek readers and staffers (the two have surprisingly similar tastes) might not choose an S-class as their primary sedan. But many could be happy with this 2014 Mercedes-Benz S63 AMG 4Matic.

What’s different about the AMG version of the S-class? Most of the power and the componentry that help with driving feel are new or revised on the AMG version. It’s as much as 220 pounds lighter thanks to a number of simple changes, from a carbon fiber well for the spare tire to forged alloy wheels and a lighter battery. AMG tossed the stock powerplant and swapped in a direct-injected AMG 5.5-liter twin-turbo that makes a meaty 577 hp and 664 lb-ft of torque. The AMG adaptive sports suspension has new bushings all around, as well as higher camber settings, larger anti-roll bars and a stiffer rear-subframe carrier. So it feels better-connected to the road and more responsive to your inputs. The 4Matic permanent full-time all-wheel-drive (required to sell these in the northeastern U.S.) sends 67 percent of the engine’s torque to the rear wheels and 33 percent to the front, the latter via a simple power-takeoff gear at the rear of the seven-speed MCT transmission.

Mercedes claims a 0-60 time of 3.9 seconds, which is extraordinary, considering the S63 AMG weighs close to 5,000 pounds. I weighed it at a recycling plant’s scales and got 4,988 pounds with a gallon or so shy of a full tank of fuel. So let’s say it’s an even 5 large. At the car’s introduction last year in Austria, I got a 4.3-second 0-60… in the rain. It is not weak sauce, this car. It is spicy Stuttgart currywurst of the type you buy at trailers parked illegally in autobahn rest stops.

It’s a perfectly fine long-distance cruiser. I drove four people 339 miles while I had it to go watch a rocket launch at Vandenberg AFB. Everybody loved the car’s features, especially, oddly enough, the headrests. They all loved the headrests. Who even notices headrests? The headrests are just one of about 3 million things that aren’t changed by AMG. So even in this AMG-tuned version, you get the coddling comfort of Mercedes’ most luxurious sedan.

However, a few days’ living with this car brings out a few fundamental irritants carried over from the S-class:

The trunk is way too small for a car this large. We still got all our gear into it, but I expected a lot more room.

Visibility — just plain old looking outside so you can see where you’re going, whether it’s safe to change lanes or when trying to park — is a lot less than I would have expected and makes maneuvering this behemoth all the more difficult. Wide roof pillars in conjunction with those ginormous headrests reduce your lines of sight.

OMG, all those gauges and adjustments that make this the most complicated car to live with in the world are still driving me crazy after 20-something years. Mercedes better have a hell of a customer training program to get buyers out the showroom floor with any understanding of the “Colossus: The Forbin Project” that is the gauge cluster and dash info settings. There was no owner’s manual in the test car to help figure it out. All this stuff would be a deal breaker for me, but maybe it didn’t bother anyone else, like anyone younger than my age of 142.

The parking brake doesn’t like to let go; it clings to the discs as you start off. The old Subaru Hillholder clutch was smoother than this thing.

Everything beeped way too much. (I should be sitting on my front porch in a rocking chair yelling all this to the house plants.)

There will be those who have to buy an S-class because their spouses tell them that’s what they want. For them, and for their driving virility, AMG offers this. Get the AMG version, don’t tell the spouse that’s what you got, and go have fun.

AUTOWEEK ASSOCIATE WEST COAST EDITOR BLAKE Z. RONG: The Mercedes-Benz S-class has always been the rising tide that carries all metaphorical ships, the technological bridge between what’s dazzling right now in the automotive sphere — and what will be found, worn and fritzing, in a used Toyota Corolla 10 years from now.

Here are some things from the 2014 Mercedes-Benz S63 AMG 4MATIC that deserve to filter down to the 2024 Corolla. A clock from IWC Schaffhausen. A genuine metal rotary knob with audible clicking that’s reminiscent of the intro to Van Halen’s “Hot For Teacher.” Flowing designo Brown Sunburst Myrtle Wood that comes as an $800 option. Night vision on the dash and a forward camera in the massive 12.3-inch screen, ensuring that a windshield is all but a nuisance. The oft-mentioned air freshener system offers three modes of scents. The four circular vents in the middle blow “focused,” “diffused,” or “medium” air; I couldn’t tell the difference. The Corolla of the future deserves $6,400 Burmester 3D surround sound — gorgeous in design, impressive but never mind-blowing — with door-mounted tweeters gently that rotate outwards when the car is turned on and back down when you’re done listening to Paul Harvey monologues in the driveway.

How about front seats that are not only heated and cooled, but the armrests and center console are heated? The front seats offer six massaging functions — they now get the shoulders, finally — as well as bolsters that inflate around corners, an AMG staple: gimmicky at first, you never realize how useful those are until you try ’em. (Alas, my girlfriend thought they felt “creepy.”) How about genuine suede pillows in the rear seats, as magnificently soft as the snowfall on a baby goose? Why bother driving, anyway? Why not just live in the back in your very own first-class pod, surrounded by all the items of your earthly entertainment? “This is nicer than any furniture I’ve ever owned,” said at least three of my friends, one of whom kept referring to the “Budweiser” sound system. We turned the car on and off dozens of times so he could gawk at the speakers turning in and out.

For the man who buys the best, so it goes, he deserves everything. And everything includes the aforementioned and a 577-hp, 5.5-liter twin-turbo V8 engine with a whopping 664 lb-ft of torque, with exhaust note sounds that are smooth, muted; a veiled aggression from beyond, it will flatten distances with ease and quietness until the collision warning system beeps at you with an enraged tone.

With the impressive power levels these days, 4Matic seems to be the only way to get an S63 around a hairpin. The luxobarge will handle a fevered twisting road if you ask it politely, but it will always finish its reply with, “…but, hey, just so you know, I weigh 4,806 pounds. Why are we doing this again?” It’s heavy, but it is composed enough to carry its weight well — like throwing a cinderblock through a window, instead of a sack of potatoes. The S63 AMG will hustle with a bit of initial understeer and an addictive burst of power on the way out. But the throttle is slow to react, and the car’s bulk limits the addictiveness of sliding out of corners, and the entire exercise ultimately feels silly and undignified: a car this big, with a motor this big, should be limited to launch controls and impressing friends and neighbors at on-ramps.

So, handling isn’t its strong suit. Best, then, to reserve it for the inevitable stoplight posturing, pointing that three-star ornament towards the horizon and riding that wave of torque past the shock and awe of any sports car driver south of a Lamborghini Aventador…

The throttle is German-levels of heaviness, like most AMG cars, come to think of it. But the brakes are perfectly tuned to the car: I compared this with the Porsche Macan I recently drove, and AMG definitely knew more what they were doing. The suspension offers little difference between sport and comfort, and could use a little more rebound damping. It does have a lot of car to suspend.

But AMG is good at making large cars hustle. If the E63 AMG feels like a smaller car, and the C63 is so tail-happy, then the Big Daddy S63…well, it never feels smaller, but equally capable of supercar feats.

This is the finest luxury car in the world. It always has been, really. Dictators and presidents and dictators who label themselves as presidents have always chosen the S-class for their dignified functions. Why not a Bentley Mulsanne? Why not a Rolls-Royce Phantom? Because those are far too crass, too silly in comparison — they resemble a poor man’s caricature of a rich man’s car, what Montgomery Burns or the guy from the Monopoly box would drive. The S-class never screams “I HAVE MONEY” to the peasants; it is much more dignified, much more subtle. If anything, it whispers it in an aristocratic accent that speaks of chumminess and menace at the same time: as for my means, old sport, that’s a rather gauche subject matter.

True power lies with the satisfaction of knowing that the moneyed can blow the lugs off damn near anything short of an Aventador, and even if they lose, they can still get a hot shoulder massage while doing so. In fact, flagship Benz owners have been doing just so since the 300SEL 6.3. Massaging seats or not. 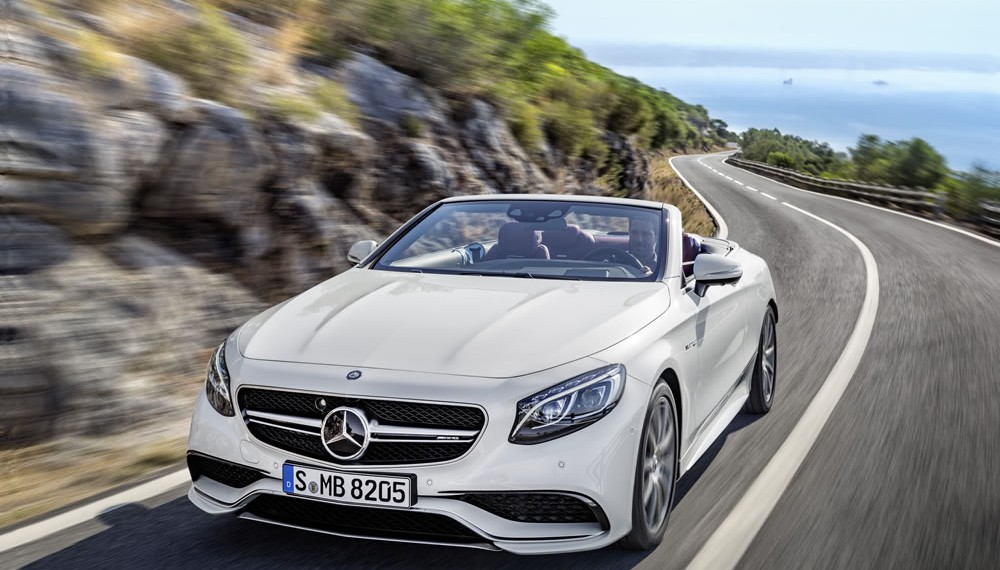 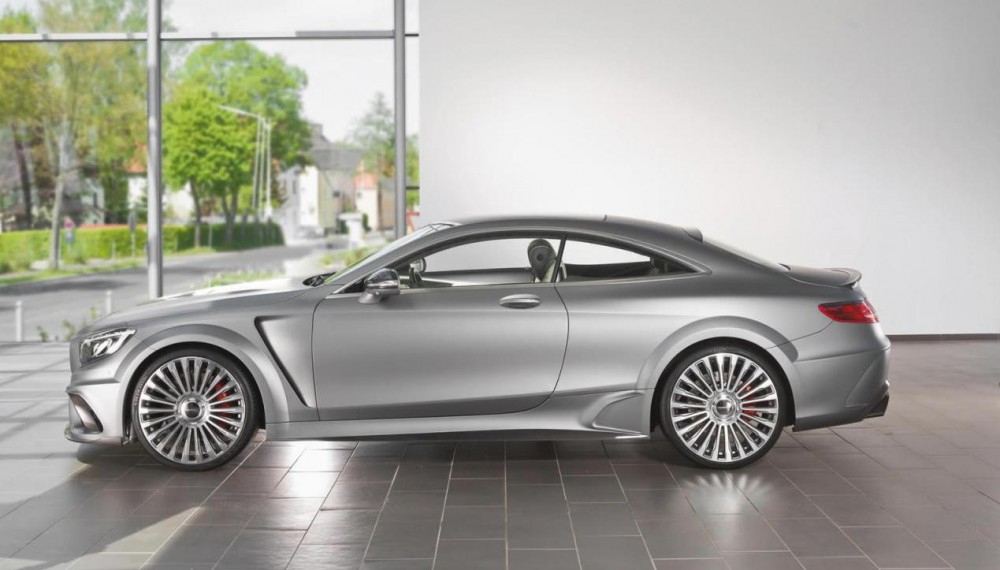 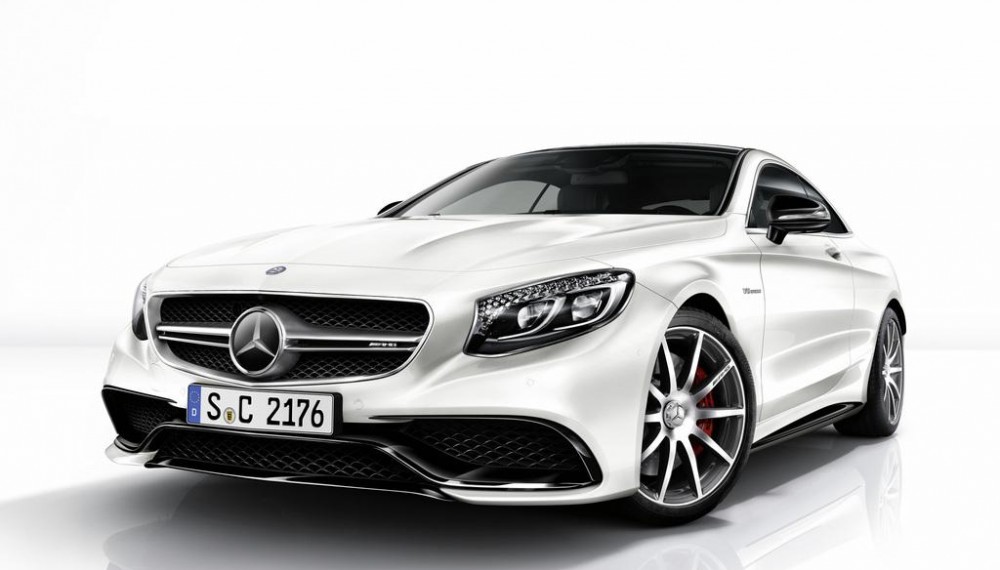 The S63 AMG Coupe Just Got Even Better