The venerable Mercedes-Benz S-Class is available in no fewer than 12 different models across sedan, coupe and convertible body styles. And for soaking in the California sun, it doesn’t get much better than the Cabriolet. The sun pours in, I set the massaging seats to “relaxing” and unwind. Bring it on, Bay Bridge toll plaza. Your half-hour wait time and crowded lanes can’t ruin my commute. 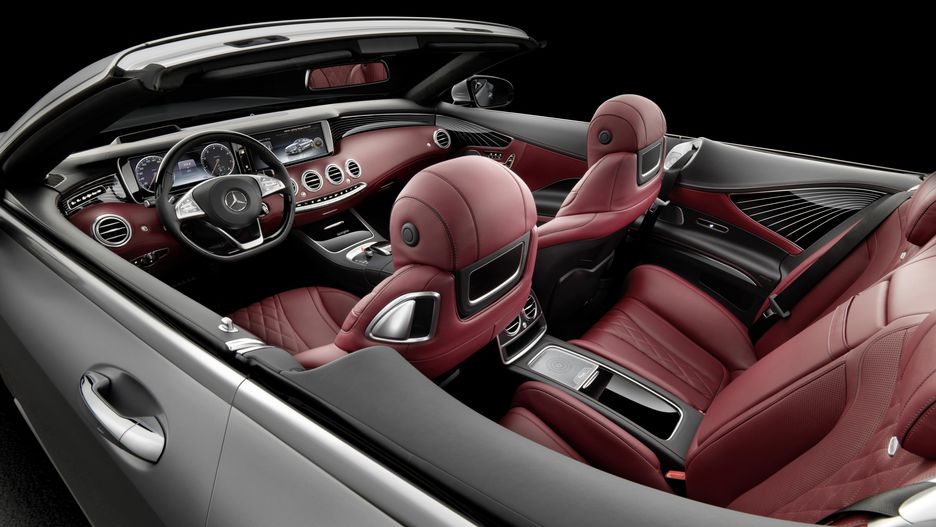 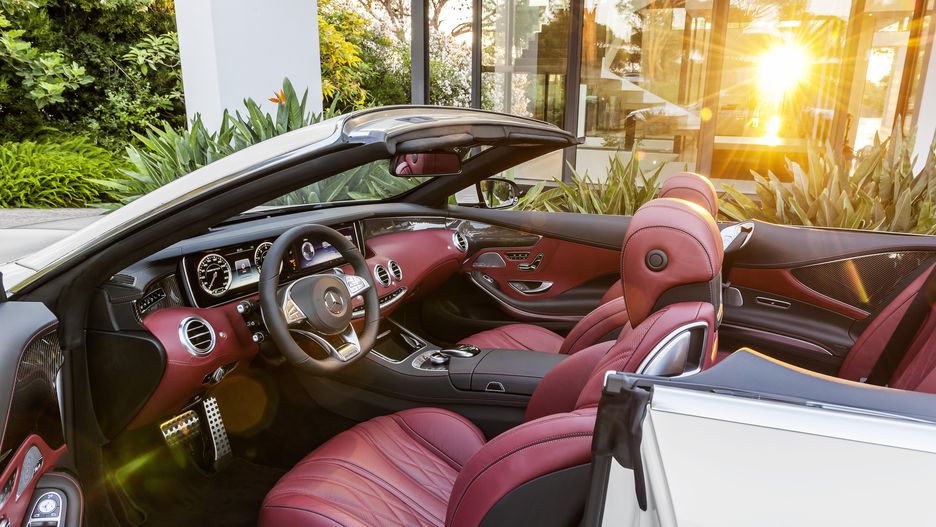 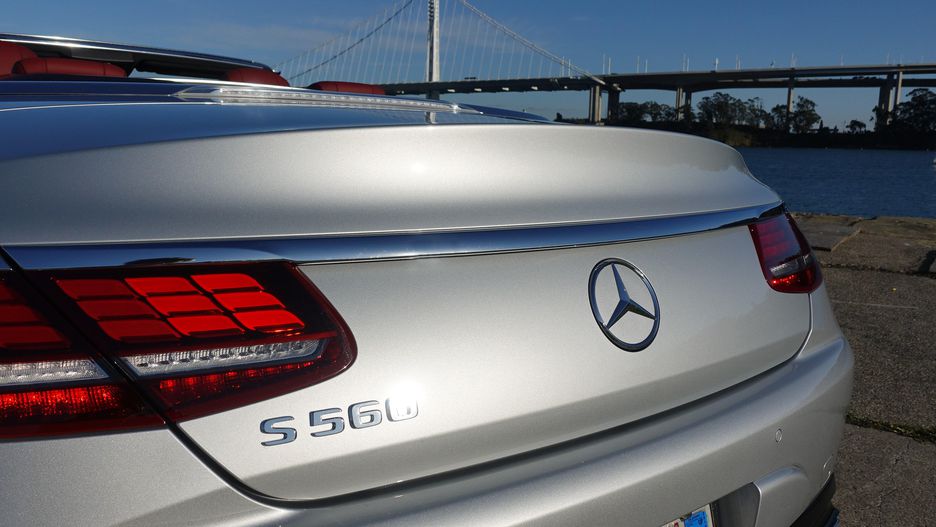 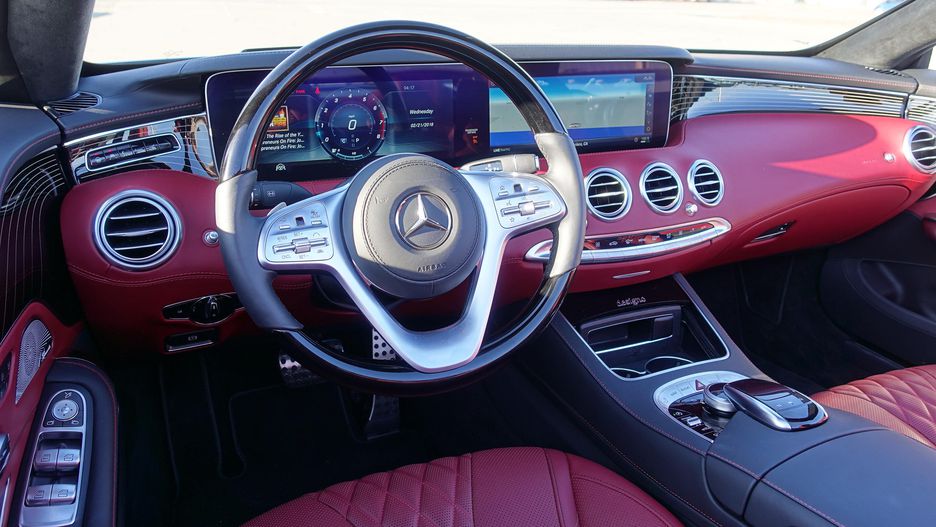 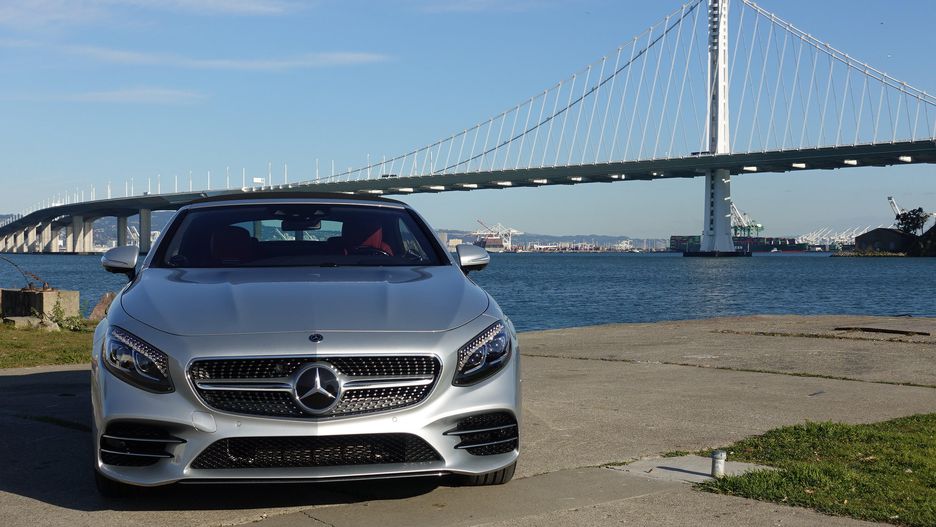 Mercedes offers V6, V8 and beastly V12 power across the S-Class range, though in the Cabriolet, this eight-cylinder S560 serves as the entry-level model. The S560 ditches the old S550’s 4.7-liter twin-turbo V8 in favor of a smaller 4.0-liter unit. But don’t worry, the new engine actually makes more power — 463 horsepower — and torque remains the same at 516 pound-feet.

Power is sent to the rear wheels through a nine-speed automatic transmission. And with the ability to switch between Eco, Comfort, Sport or Sport+ drive modes, the S-Class can drive with many different attitudes. With a heavy right foot, the Merc responds quickly, rewarding me with a subtle growl from the V8. In Comfort mode, the nine-speed is programed more for my grandma’s driving style, but things firm up nicely in Sport and Sport Plus. Still, even at the firmest settings, the ride is tuned more for easy touring than speedy turning. Sure, the S560 Cabriolet can hold its own on twisty roads, but at its heart, this car is a cruiser.

An optional curve tilting feature can make the car lean into turns up to 2.65 degrees to actively counteract bodyroll. My test car doesn’t have this feature, but fellow editor Antuan Goodwin got a taste of this tech in the S-Class sedan and said, “The curve tilting suspension hugely boosts passenger comfort and I even think it could even help a bit with passengers who get motion-sick on twisty roads.”

When it comes to semiautonomous driving, Mercedes-Benz is among the best, and adaptive cruise control is just the beginning. Sure, it’ll follow a lead car and even bring the S-Class to a complete stop, pause and then get going again, but really, that’s hardly the most impressive part. The S-Class’ system can adjust the speed according to posted speed limits, dropping from say a driver-set 70 mph to 55 mph when the signage switches. It knows when a curve is approaching, can recognize intersections and toll booths and adjusts the vehicle’s speed accordingly.

Lane keeping and steering assist are both on tap in the S-Class, monitoring the road markings to keep the vehicle centered in the lane, even around some fairly tight turns. Lane change assist can steer the car into the next lane, provided the driver signals and the coast is clear.

That said, these systems weren’t exactly 100 percent reliable during my test — a good reminder to keep your hands where they belong, on the wheel. The system uses a stereo camera and multistage radars to look at road markings, guard rails and even other vehicles to plot its course. However, if the technology doesn’t think it’s safe to work on its own, it won’t. And yes, it yells with the fury of 1,000 beeps and red lights when I take my hands off the wheel for too long.

The semiautonomous features on the Merc might be top-notch, but the Comand infotainment system is another story. While the graphics are crisp, the voice recognition spot-on and the handwriting recognition quick, the Comand system loves its menus and submenus. It takes five clicks just to change the air direction from “defrost” to “feet and defrost.” That’s way too distracting.

You can access Comand through the rotary controller on the center console, but I prefer to use the Touch Control buttons on the steering wheel. A home button, back button and teeny-tiny touchpad are found beneath each of my thumbs. Your right hand controls the center infotainment screen, while your left hand works the gauge cluster. It’s like having two miniature Xbox controllers on the wheel.

The aging Comand system is due to be replaced by the new Mercedes-Benz User Experience system with a touchscreen and a less convoluted menu structure in late 2018, and I can’t wait for that tech to make its way to every one of the company’s products. Thankfully, Comand now supports Apple CarPlay and Android Auto, and both are standard equipment.

In terms of luxury and comfort features, the S-Class obviously knocks it out of the park. That starts with the infinitely adjustable seats, with settings for lumbar support across my entire back, shoulder support and thick side bolsters. Speaking of, those side bolsters are active, increasing in firmness while cornering to give my body extra support. It’s the best hug I’ve had all week.

But it doesn’t end there. I have the option of five different massage functions, and heat that extends far beyond the seats. The center console and door arm rests are heated, and Mercedes offers the S-Class Cabriolet with its amazing AirScarf technology, blowing warm air on my neck from underneath the headrest. Even when it’s 45 degrees outside, I can still drop the top and stay toasty.

The S-Class debuts a new bit of Mercedes-Benz tech, called Energizing Comfort. Drivers can choose from six presets — Freshness, Warmth, Vitality, Joy, Comfort and Training — that customize the air conditioning, active seats, music, ambient lighting and cabin fragrance. For example, choose Freshness and the ambient lighting turns to shades of blue and green, the seat coolers turn on, massage is activated and the air con blows cool air with a refreshing scent. The Joy function activates red and yellow lighting with a stimulating massage and plays upbeat music from a preloaded playlist. The Training option leads me through my choice of balance or muscle relaxation or activation, directing me to tense and relax certain muscles as I drive down the road. Nothing like a light workout on your morning commute, right?

Every surface inside is covered in leather, and this thing is superquiet inside with the top up. Not that you’ll want to drive with the roof on, of course. You can drop the S560’s top in just 20 seconds, and at speeds of up to 31 miles per hour.

If I were dropping this kind of coin on a new car, I’d probably spring for a fully loaded model. After all, if I can afford the $133,330 starting price, what’s another 5 or 10 (or 20) grand in options, right? At the very least, I’d be sure to get the Premium Package for the extra-adjustable seats, head-up display and 360-degree camera. The Driver Assistance Package is another must-have, simply for the cool driving aids. Audiophiles might also want to consider the high-end Burmester sound system.

There’s not much else that competes with the S-Class Cabriolet these days. Audi and BMW don’t offer drop-top versions of the A8 and 7 Series, even if those sedans give the S-Class four-door a run for its money. Bentley offers a Continental GTC, but that’s way more money and not as tech-forward. Does that make the S-Class a bargain? Relatively so. But that doesn’t make it feel any less luxurious. Just put the top back and enjoy.

Via: CNet by Emme Hall 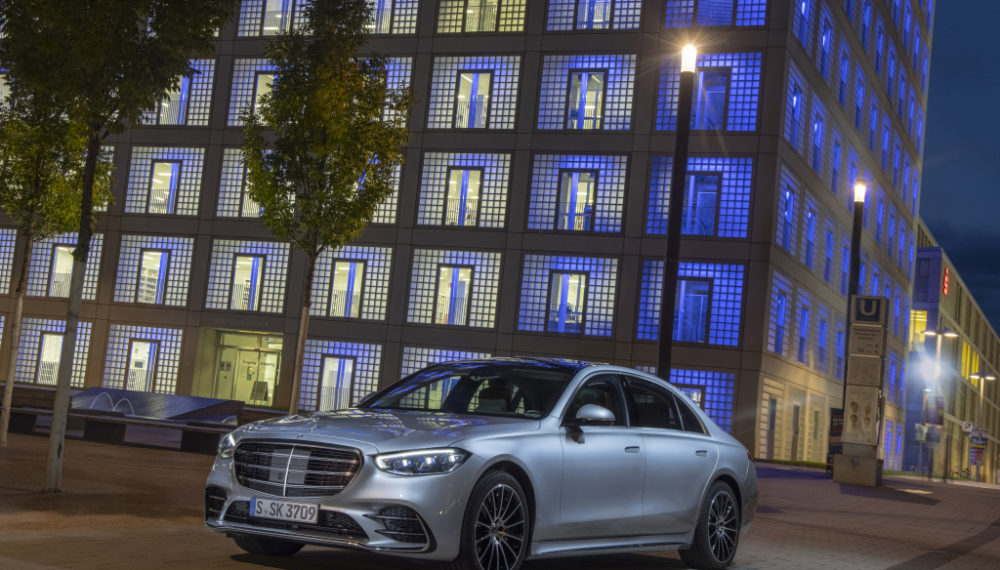 Did You Know? Interesting Mercedes-Benz S-Class Facts and Figures 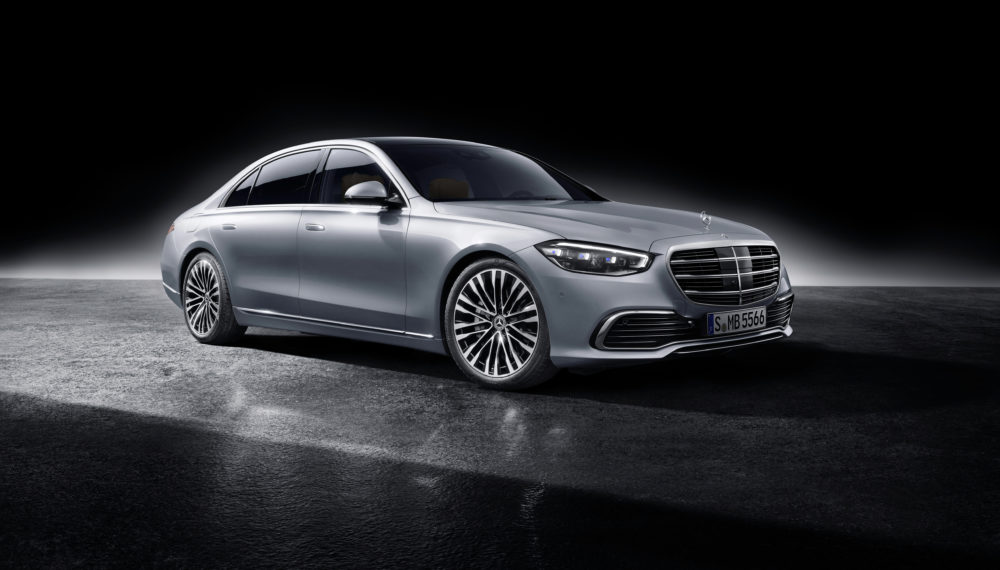