After the first race of the weekend on Saturday, Raffaele Marciello and Timur Boguslavskiy with AKKODIS ASP Team were already able to look back upon a successful year in the GT World Challenge Europe Sprint Cup. After three race wins earlier this season, seventh place was all there was in store for them with the Mercedes-AMG GT3 in the first race, but runner-up spot in the drivers’ and teams’ standings was already sealed that way. On Sunday, Marciello didn’t want to leave any room for doubts concerning the honours in the combined drivers’ standings from Sprint and Endurance Cup: in a spectacular qualifying for the second race at Circuit Ricardo Tormo in Valencia, the 27-year-old secured pole position for the subsequent one-hour race in the afternoon and went on to lay the foundation for his success right from the start.

Lap after lap of the 4.005 kilometres long circuit, Marciello increased the lead over his rivals and handed the Mercedes-AMG GT3 to Boguslavskiy with a margin of over 17 seconds. Meanwhile, the race on the asphalt and in the pit lane turned into a tyre gamble. At the partly wet and partly dry track, the opponents, some of them on slick tyres, closed up to Boguslavskiy again just before the end of the race, the latter fiercely defending his lead, but still have to let two cars past in a real heart-stopping finale. As a result, third place was in the books. The championship points coming with it still enabled Marciello to seal the drivers’ title early as he is now beyond reach prior to the season finale in Barcelona from 30 September till 2 October. After an entertaining season so far, with victory in this year’s 24-hour race at Circuit de Spa-Francorchamps standing out, Marciello was crowned the GT World Challenge Europe drivers’ champion for the second time in his career already. 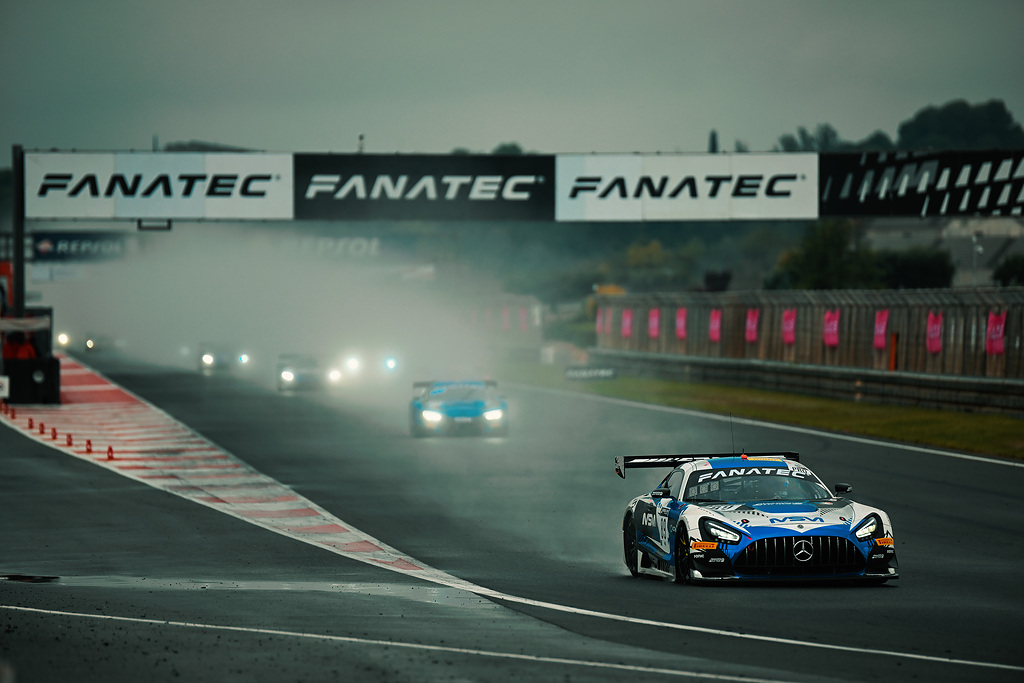 In the final Sprint Cup race of the year, there was also plenty of reason to celebrate for the Mercedes-AMG Customer Racing Teams in the various classes. In difficult conditions, Madpanda Motorsport secured the Silver Cup class win with the #90 Mercedes-AMG GT3. In the process, the driver pairing of Fabian Schiller (GER)/Ezequiel Perez Companc (ARG) put in a strong recovery drive from 17th on the grid in difficult conditions. Eventually, they were classified fifth overall and won their class. Just like in the Pro standings, the AKKODIS ASP Team concluded the year in runner-up spot in the Silver Cup class. With its drivers Thomas Drouet (FRA) and Casper Stevenson (GBR), the team finished third in class in each of the two one-hour races. As a result, the duo moved up into second place in the final standings.

Stefan Wendl, head of Mercedes-AMG Customer Racing: “First of all, thanks to all the Customer Racing Teams who once again have shown an outstanding commitment and great performances in this Sprint Cup season. With runner-up spot in the overall standings and in Silver Cup, we can be happy in the end. Congratulations to Charles Weerts, Dries Vanthoor and the WRT team on winning the title! Of course, I am particularly happy that we have already secured the drivers’ title in the overall GT World Challenge Europe standings by virtue of Raffaele Marciello prior to the season finale in Barcelona. Sincere congratulations on this triumph. Now, our focus is still on the season-ending Endurance Cup race.” 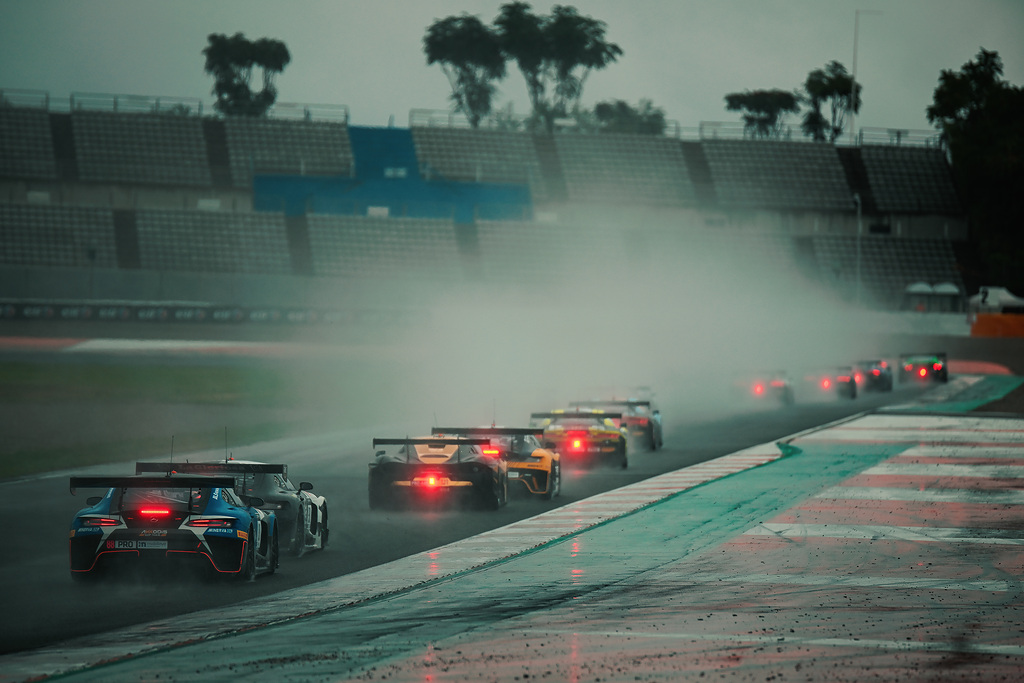 Raffaele Marciello, AKKODIS ASP Team #89: “Of course, I am very happy with the title in the overall standings. We have created the basis for it with very good results in Sprint Cup. With four pole positions and three race wins in total this year, we are particularly satisfied. We are also happy with the runner-up spot in Sprint Cup, but we also still want to have a successful Endurance Cup season finale in Barcelona. That is what we are focusing on, after that, we can celebrate properly.”

Fabian Schiller, Madpanda Motorsport #90: “We are totally happy with the Silver Cup class win and fifth place overall on Sunday after, unfortunately, we didn’t have any racing luck at all on Saturday. Huge thanks go out to the team for making a strong car available for us on Sunday again following the retirement from race one. With a perfect pit stop and the right strategy on Sunday, the class win was an undisputed success by the team.”

Chris Froggatt, SKY – Tempesta Racing #93: “The first year with the new car in Sprint Cup was a huge challenge for us. Of course, we had to get used to many things first. We have made progress with each lap in this high-class GT3 series and we are very happy with how the season went. We are already looking forward to continuing our development with this car and we can hopefully be in contention for the championship next season.” 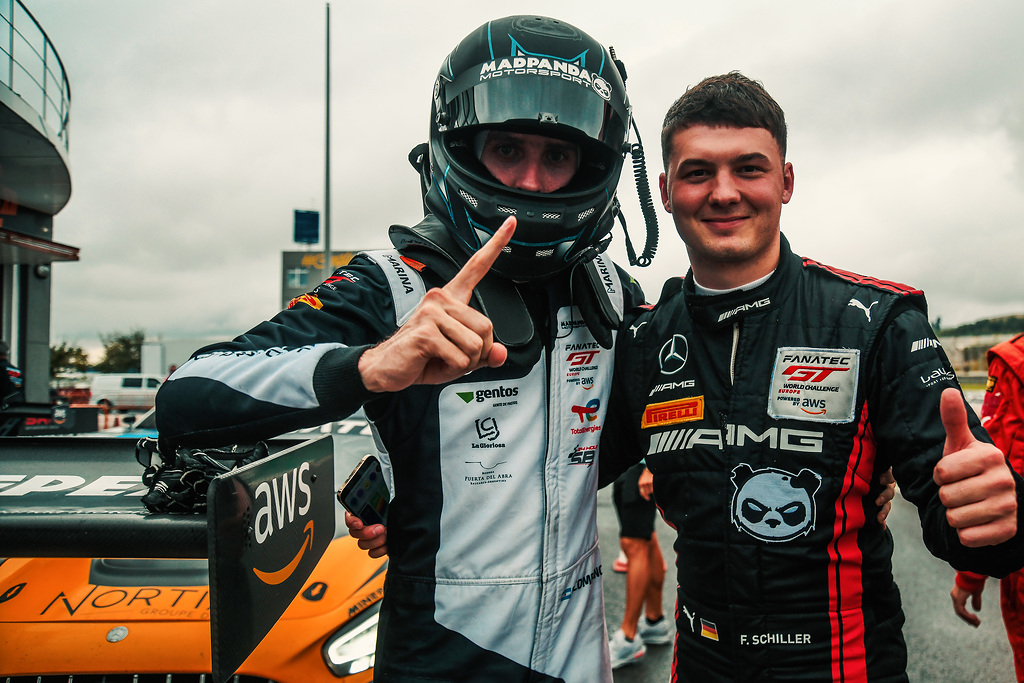 *excerpt subject to confirmation by the organiser

*excerpt subject to confirmation by the organiser