Round Seven of the 2012 World Championship, the Canadian Grand Prix, is hosted by Montreal and is scheduled to take place on Sunday, June 10 at the 4.631 km (2.87 mile) Circuit Gilles Villeneuve located on the city’s Ile Notre-Dame.  In the past ten years, there have been a total of 14 Safety Car periods in Montreal – including five last year.  The race has been won from pole three times in the past ten years – compared to eight of the last ten Monaco GPs.

With all the excitement surrounding the upcoming Canadian Grand Prix, the race has also been steeped in controversy.  Protester threats in Montreal have forced organizers of the Canadian Grand Prix to cancel the free opening day of the event where Formula One fans would have had access to Circuit Gilles-Villeneuve.

Francois Dumontier, president of the Canadian GP, said in a statement Sunday that organizers had no choice in the cancellation. “Considering the various disruption threats made public recently, the free admission and the naturally openness character of the open house day, revealed some risks that we could not neglect,” said Dumontier.

The student group CLASSE suggested the race could be used as a platform for the demonstrations over tuition fees. On Saturday, group spokesman Gabriel Nadeau-Dubois said it would use the event as a forum to raise its grievances with the province, but wouldn’t prevent people from going to the race.

The global group of computer hackers known as Anonymous, the activists, who earlier this month claimed responsibility for downing a dozen Quebec government websites, also threw its support behind the Quebec students by threatening to disrupt the Montreal Grand Prix.

Special Law 78, Anonymous said, has been “universally condemned by human rights watchers around the world as tyrannical, draconian — and has left Quebec in clear violation of its basic human rights obligations.” “Beginning on June 7th and running through race day on June 10th, Anonymous will take down all the F1 websites, dump the servers and databases — and wreck anything else F1-related we can find on the Internet,” said their statement.

As for the racers, they are concentrating on the track and the fans.

“The Canadian Grand Prix is all about the great atmosphere at the track and in the city. The Canadian fans make the whole weekend into a real celebration and, for us drivers, it’s great to feel their passion for motorsport. That gives us a natural boost and it would be great to give them even more reasons to celebrate at the end of the weekend. The race in Montreal is usually action-packed, like we saw last year. The characteristics of the circuit should suit us, and we are counting on our car performing well there. As I said: a trip to Montreal is always worth it. And let’s hope we can make our trip this year especially worthwhile.”

“The Circuit Gilles Villeneuve in Montreal is a great track, and I’m really looking forward to our visit there. With its low downforce and slow corners, a little bit like Monza, the track should suit our car. We’ve made good progress over the past few weeks, and that was clear from the performance in Monaco. So I’m hopeful that we can make another step forward in Canada and have a successful weekend. The fans are always fantastic at this race and they really turn the city into a carnival for the race weekend. Gilles Villeneuve was a great friend and rival of my father, which also makes this weekend very special. I can’t wait to get there.”

“On the back of a successful weekend in Monaco which saw Michael qualify first on Saturday and Nico finish in second place on Sunday, everyone at the team wants to keep the momentum going and get the racing underway in Montreal next weekend. The Canadian Grand Prix is always a fantastic experience, with both the city and fans giving Formula One such a warm welcome. The circuit itself is an exciting challenge, and the first real high-speed test of the season where brakes, engine power and tyre management are crucial. Races at the Circuit Gilles Villeneuve have the tendency to be eventful! We’re looking forward to putting on a good show and hope to have another strong weekend.”

“As we head to Montreal, the question everybody’s asking is: will we see a seventh different winner in seven races? The Circuit Gilles Villeneuve has a habit of throwing up unpredictable races, with seven of the last ten races featuring Safety Car deployments. Last year’s grand prix lasted over four hours and was not only the longestrace in F1 history but probably one of the most exciting, too.

The circuit at the former Olympic venue of the Ile Notre Dame is characterised by slow corners, including three taken below 100 kph, and four long straights on which the cars exceed 285 kph. The overall set-up compromise favours low downforceand low drag, while the brakes are given a really tough time.

At two of the past four race weekends, MERCEDES AMG PETRONAS had the speed to qualify and race at the front of the field. Nico has converted this competitiveness into 59 points in the past four races – the most of any driver in the field. Michael has suffered several technical problems and our priority is to give him a problem-free weekend in Montreal. As his fastest qualifying time in Monaco demonstrated, Michael has the speed to compete at the front. He has won seven times in Montreal, his Silver Arrow carries number sevenand Canada will be race seven of the 2012 world championship…” 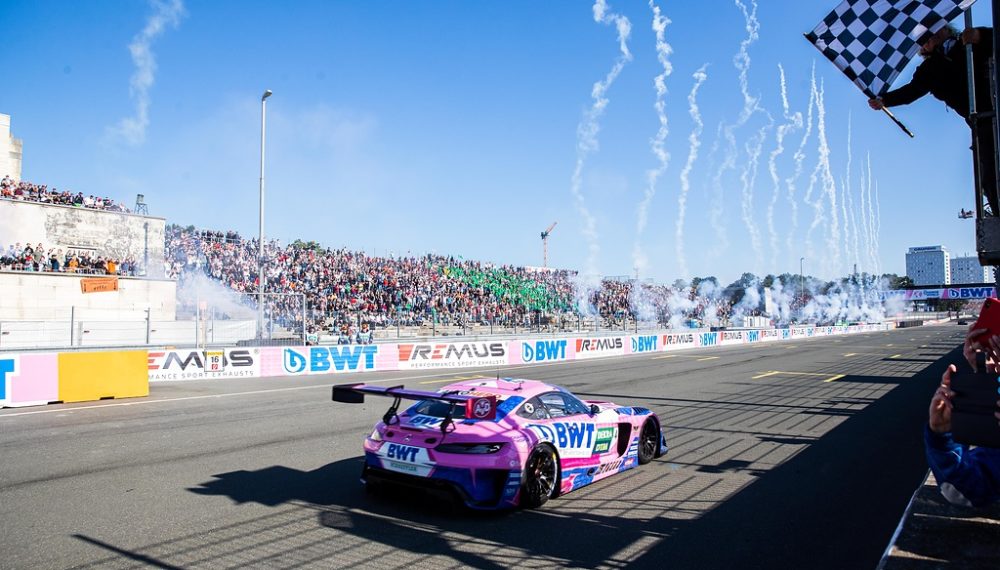