Mercedes-Benz announced today that they will be offering Guard models of the ML350 BlueTEC and ML500, both of which comply with the requirements for protection level VR4.  And while one can never be sure where the future is headed, be it a Zombie Apocalypse or third World War, the one certainty is that the new armored M-Class Guard is going to keep you safer than any traditional Mercedes model.

Helping keep the zombies out, the newest Guard model has been specifically designed and developed from the ground up to accept the attachment of front to back in armored elements.  So while you may think you can create your own Apocalypse-proof zombie crusher by welding iron plates to your current M-Class, think again.  You’re going to lose valuable handling capabilities, which in turn means that high speed chase you will invariably find yourself in will end in a gruesome crash and the zombies happily picking the flesh from your cold, lifeless body.

Not a pretty picture.

Instead, the factory Mercedes M-Class Guard utilizes perfectly fitted and formed steel that has been implemented on the A-, B- and C- pillars, and the same steel also reinforces the passenger compartment and increases the overall structural integrity of the vehicle.  The handling rivals that of the conventional model, and the chance of a rollover is subsequently reduced as well.  In the event the zombies take up arms and start a gunfight – which is quite unlikely due to their lack of logical thought and poor dexterity – the new M-Class Guard can withstand shots from all angles both from a .357 Magnum and .44 caliber round.  It’s also capable of withstanding blasts from certain hand grenades.  If, however, hand grenades are a primary concern of yours, we do suggest adding on the optional floor armor as well.  Lastly, the M-Class Guard also offers specially laminated glazing with uniform thickness and polycarbonate layers on both sides to prevent flying shards, zombie bone fragments, etc. from penetrating the vehicle.

Not forgotten by Mercedes are the tires, because finding yourself trapped in a bullet proof box with the inability to drive is still a bleak outlook.  Helping prevent this unfortunate scenario, the M-Guard is fitted with tires that have run-flat capability, allowing you to safely drive on tires with complete loss of air for 18 miles at a top speed of 50 mph.

Finally, thanks to the option being able to build the M-Class Guard on the ML 350 BlueTEC platform, you have the option of an efficient diesel power plant – a very intelligent option due to the fuel shortage that is all but a certainty when zombies are running rampant. It offers the tried-and-tested V6-cylinder diesel engine with 190 kW output (258 hp) and a top torque level of 620 Nm.  If, on the other hand, you want to sacrifice fuel for speed, you can also opt for the V8 powered ML 500 Guard with 300 kW (408 hp) and 600 Nm  as an alternative to the diesel option.

Whatever you pick, your chances of doing battle with the zombies and living to tell about it have gone up exponentially.

Read on for the complete press release or check out the videos of other Mercedes armored vehicles.

The new special-protection variant of the M-Class is the latest addition to the extensive Mercedes-Benz Guard family. As with all Guard models, the armoured version of this popular SUV follows the brand-typical integrated special protection design principle. All the additional protection systems are taken fully into account right from the development phase of each model series and perfectly integrated into the vehicle’s architecture. This enables all the advantages of the standard series-production vehicle to be retained, such as for instance the luxurious yet functional vehicle interior, the high level of active and passive safety, the exceptional ride comfort and the agile driving dynamics.

As with all special-protection vehicles with the three-pointed star, in the new M-Guard the focus is on a holistic development approach: integrated special protection. This means that the individual protection elements are integrated in the raw vehicle bodyshell from scratch in an autonomous process, by virtue of which the entire passenger compartment receives a kind of coat of armour that even includes elements such as the roof frame struts, locks, door gaps and exterior mirror mounts. This way, a Mercedes-typical comprehensive protection system against ballistic attacks is created, providing protection that includes places where retrofitting would hardly be possible, or would be much less effective.

Another advantage of the integrated protection concept over retrofits that burden the vehicle body structure with added weight: right from the outset the vehicle bodyshell is strengthened in accordance with the greater weight and the positioning of the armour elements. This results in a greater stability of the entire body structure and consequently in the typical longevity and high resistance characteristic of the conventional M-Class models.

The bodyshell of the M-Class goes through all the stages of large-series production, benefiting from the excellent quality of the M-Class bodyshell. Unlike its standard series-production counterpart, though, the Guard bodyshell has specific adaptations for the attachment of the armour elements, a front structure with reinforcing elements and modified doors. The armour itself includes:

Windows of the highest optical quality Special laminated glazing with a uniform thickness all-round, polycarbonate layer on inside to protect against shards.

In the un-transparent sectors perfectly tight-fitting formed special steel is used throughout. In the A-, B- and C- pillars and the firewall and roof, this steel also reinforces the passenger compartment and increases structural firmness.

All the components installed comply with defined ballistic requirements, are subjected to constant ballistic control and are already correspondingly certified beforehand.

The new M-Guard meets the requirements of protection level VR4 according to testing guidelines BRV 2009 for special-protection vehicles with bullet resistance (according to Bullet Resistant Vehicles 2009). This ballistic classification designates ballistic resistance (VR = Vehicle Resistance) in terms of the weapons and calibre: in this case, among others, Magnum .357 and .44. Certification was carried out by the Ulm-based Ballistics Bureau. This independent, neutral, test ensures that the integrated protection concept is appropriate to face the hard requirements of real danger situations. The M‑Guard passed the following ballistic and explosives tests successfully:

In spite of the increased weight caused by its armour, the M-Guard achieves the impressive ride comfort, great agility and extraordinary active safety of its series-production counterpart. The special-protection variant features as standard an AIRMATIC air suspension system with Adaptive Damper System (ADS) specifically adapted to the vehicle’s special protection features. Stronger axle components compensate for the increased weight of the M-Guard superbly, Guard-specific torsion bars at the rear axle optimise roll behaviour in fast curves and when taking evasive action.

With the new ML 350 BlueTEC Guard there is a diesel power plant that is just as economical as it is agile for the first time in this segment. It offers the tried-and-tested V6-cylinder diesel engine with 190 kW output (258 hp) and a top torque level of 620 Nm. It meets the requirements of the currently strictest EURO 6 emissions standard. The V8 petrol-engine-powered ML 500 Guard with 300 kW (408 hp) and 600 Nm is available as an alternative. LHD and RHD versions of both vehicles are available.

The sporty character and high value appeal of the series-production vehicle are also distinctive of the generously-dimensioned interior of the M-Guard. The protection measures restrict neither the car’s famed ambience of well-being nor the space available for its up to five passengers. Its load capacity of up to 2010 litres and the payload of around 560 kg are of the same high level as those of the series-production non-special protection M-Class models. In addition the M-Guard customers can choose from among most of the M-Class’s attractive equipment options. Among these worthy of note are for instance exclusive leather appointments, infotainment systems, such as COMAND Online, and high-value sound systems.

Apart from the specific ballistic tests carried out by the Ballistics Bureau in Ulm, the M-Guard has to pass a detailed test programme just like its series-production counterparts. These trials mimic everyday operating conditions, exceeding these parameters by a large factor in many cases. They include an endurance test lasting several weeks to determine bodyshell strength, standardised simulation of arduous roads on special bodywork test rigs and road endurance tests to ensure the durability of drivetrain and suspension under extreme conditions. Over and above these trials, heat and cold tests and high-speed driving on test courses are carried out to ensure the resistance of individual components and their overall operation under the greatest stresses. In a separate winter trial on ice and snow, the engineers adjust the driving dynamics systems to the increased weight due to the armour. Finally a crash test programme ensures fault-free operation of all passive protection systems.

The Guard programme currently includes vehicles of the S-, E-, M- and G-Class. With a total of nine models Mercedes Benz has one of the most comprehensive special-protection ranges:

*Only for certain countries

The Guard models can avail themselves of a network of Mercedes-Benz Service stations all around the world for the service, maintenance and repair work needed. And of course the special-protection models also come with a full factory warranty. The new M-Guard can be ordered as of 15 March 2013.

The prices in Germany (in addition statutory 19% VAT): 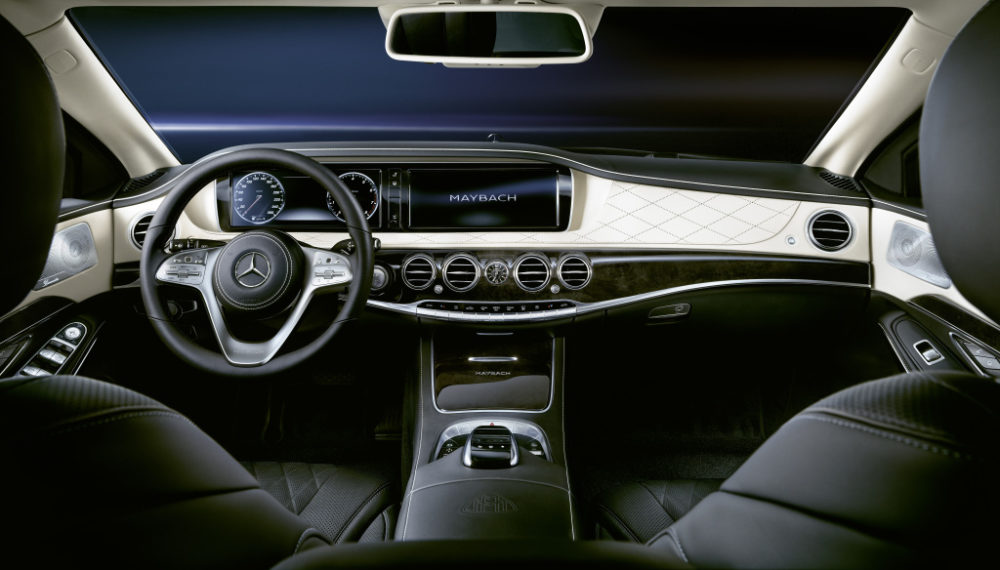