Today is the start of Mercedes-AMG’s striking “Rule on” market launch campaign for the new E 63 S 4MATIC+ (combined fuel consumption: 9.1‑8 .8 l/100 km; combined CO2 emissions: 207‑1 99 g/km). The campaign is as extraordinary as the executive saloon itself. The concept derives from the core of the target group: managers and entrepreneurs who go their own way and live by their own rules – just like the AMG E 63 S 4MATIC+. British star photographer and director Rankin showcases the performance saloon with actors who depict the world of these high achievers. He has produced impressive photographs and three short films, each of which has the character of a 60‑second stage play. They relate dynamic stories drawing on a high-octane combination of the rules for success in business and the strengths of the vehicle. The campaign will kick off online on the social media channels of Mercedes-AMG and Mercedes-Benz.

British photographer Rankin is well known for presenting things in an unusual light while maintaining an authentic and true-to-life approach. The three campaign films under http://amg4.me/AMGE63 show the complexity that career people face in their lives today. They have to go their own way to achieve their aims. Much in the same manner as the performance saloon makes its own rules when it comes to driving dynamics. Rankin takes maxims from the everyday working lives of successful managers and entrepreneurs and transfers them to the area of mobility. The spots are entitled “Focus Your Energy”, “Don’t Waste Anybody’s Time” and “Appear Where You Are Not Expected”. Each film consists of a character piece which was shot at the Warner Bros. Studios in London and dynamic vehicle footage produced in downtown Los Angeles.

The spot “Focus Your Energy” shows a manager who divides her energy and attention effectively between four offices, providing her staff with valuable input just when it is needed. Then the Mercedes-AMG E 63 S 4MATIC+ rolls into view, whose new, now fully variable all-wheel drive distributes the available energy just as the situation demands. In the film  “Don’t Waste Anybody’s Time” Rankin uses an hourglass to visualise time. The protagonist briefly contemplates the trickling sand, half of which is already in the bottom of the hourglass, before adding a drop of water. The wet sand comes to a standstill. An apt analogy, as driving the E 63 S 4MATIC+ is enough to make anyone wish that time would stand still. In  “Appear Where You Are Not Expected” a businessman walks through a halfpipe and helps a skateboarder who has taken a tumble back onto his feet. The next scene shows the two at a job interview. The businessman appoints the skateboarder to the post of social media manager. Inner convictions do away with conventions. As also demonstrated by the Mercedes-AMG E 63 S 4MATIC+, which has the looks of an executive saloon but surprisingly boasts performance on a par with a sportscar.

For Rankin, whose real name is John Rankin Waddell, making films is like writing novels and photography is akin to poetry. His work always displays a special depth, such that there is always more to it than meets the eye. The 50 year-old is one of the most highly renowned fashion and portrait photographers of the past 30 years. His photography is exhibited in galleries all over the world. He has also been making films for 20 years now, examples being the short film “Perfect” from 2003 or the cinema film “The Lives of the Saints” from 2006.

The new E 63 S 4MATIC+ from Mercedes‑AMG raises the performance saloon’s dynamic capabilities to a whole new level. The 4.0‑litre V8 biturbo engine delivers 450 kW (612 hp), making it the most powerful engine ever to be fitted in an E‑Class. The executive saloon accelerates from 0 to 100 km/h in 3.4 seconds – a new benchmark in its class. The AMG Performance 4MATIC+ all-wheel drive is a completely new development combining the advantages of various drive configurations in one: the torque split between the front and rear axles, which is fully variable for the first time, ensures optimum traction in all road conditions. A further highlight is the AMG SPEEDSHIFT MCT (Multi Clutch Technology) 9‑speed sports transmission. This is combined for the first time with a wet start-up clutch, leading to even more agile response. 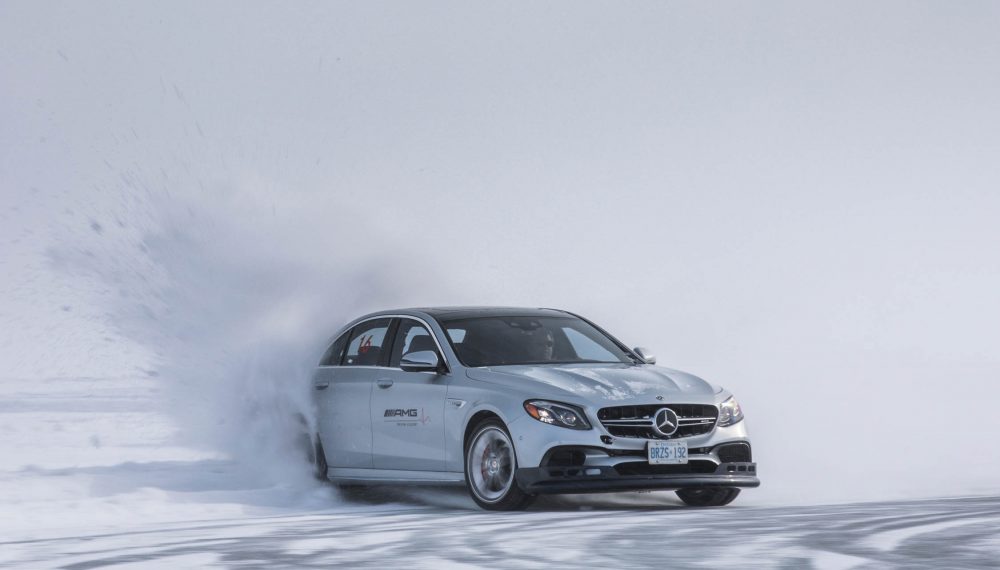 603-HP Mercedes-AMG Destroys the Ice and Snow of Canada 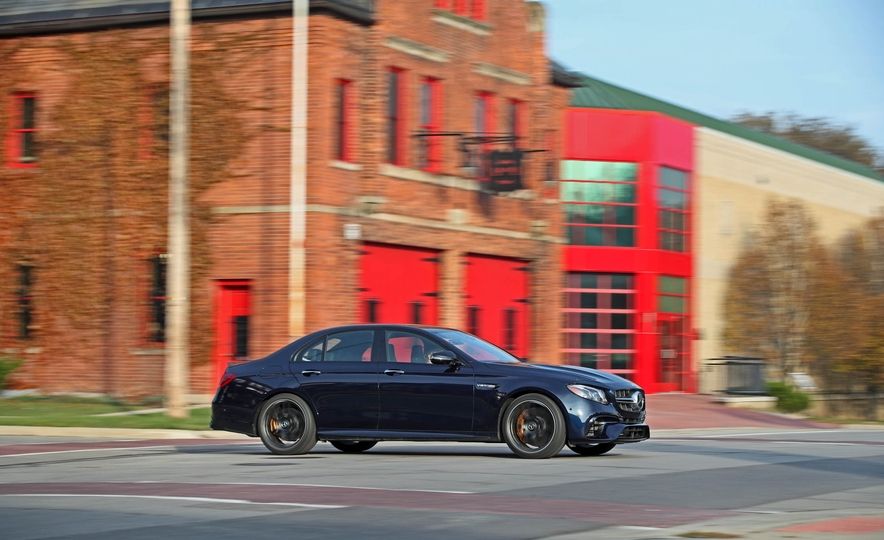 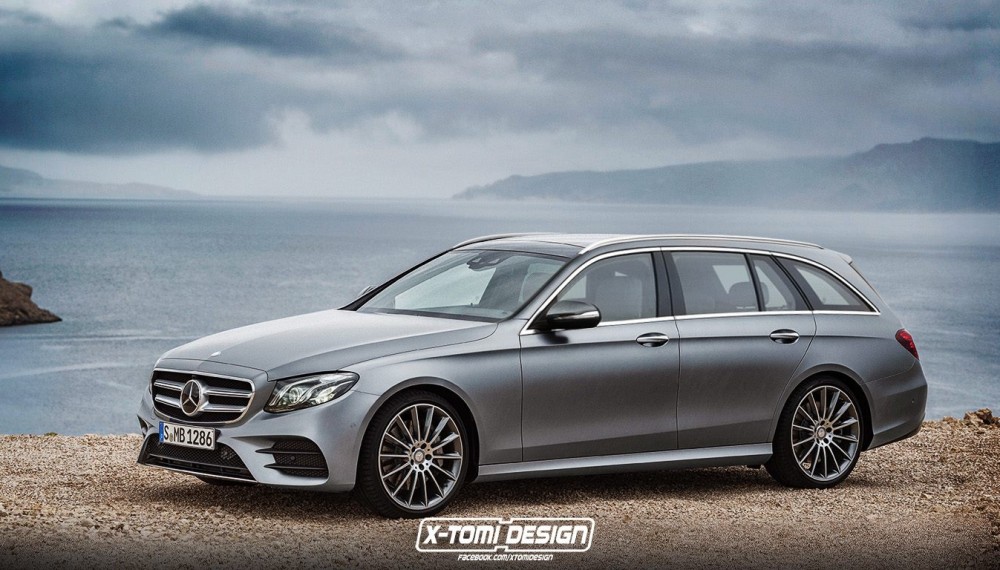 Is This What the Mercedes E63 AMG Will Look Like