With one eye on the road and another on a tiny green steering wheel icon emblazoned on the display in front of me, I watched as the all-new 2017 Mercedes-Benz E-Class drifted across the yellow lane marker. Just as the lefthand tires crested the line, the car proceeded to buzz the steering wheel to warn me, the driver, of an unsignaled lane departure. 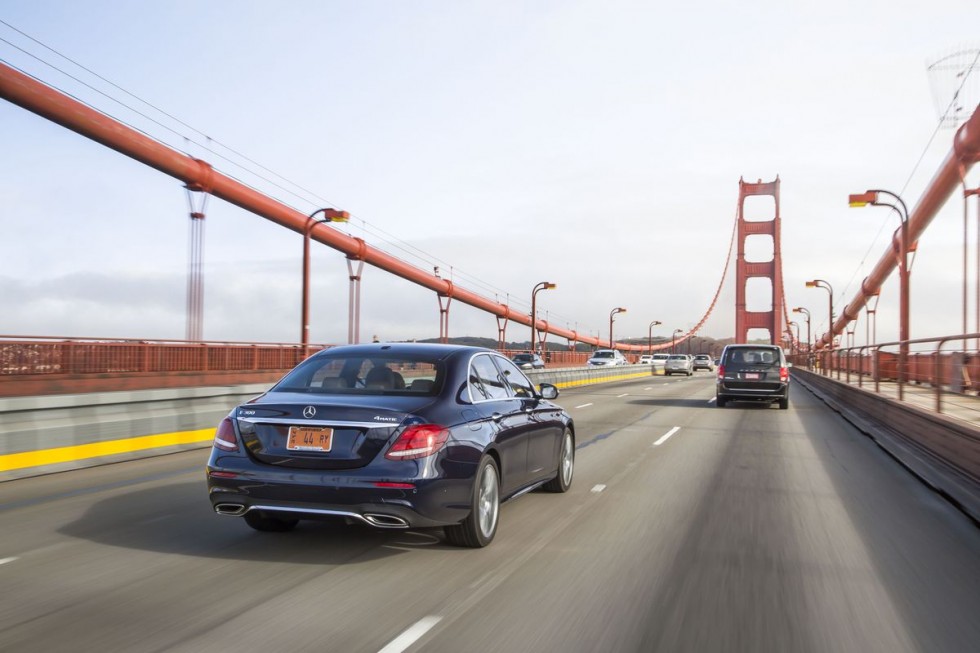 No, you can’t nap behind the wheel of Mercedes’ semi-autonomous E-Class

“Oh, don’t give me that,” I hollered at the car, as I grabbed the wheel and jerked the mid-size luxury sedan back into the lane. “You’re the one doing the steering!”

Now back in my lane with the Mercedes mostly keeping itself in check, my heart sank a bit.

I felt disheartened because Mercedes’ new suite of semi-autonomous safety tech, Drive Pilot, simply didn’t feel as robust as Tesla’s Autopilot that I had tested on the very same stretch of freeways some eight months before.

During my test, the Model S was able not only able to stay planted within its lane, it also stayed almost perfectly centered in that lane. Comparatively, the E-Class struggled to even keep itself in a single lane — forget hopes of holding dead center.

While it’s too bad Drive Pilot isn’t as exacting as Tesla, I soon learned there was good reason for it. And, no, Tesla fanboys, it’s not because the Musk machine is better or more tech-heavy than the Mercedes. It’s far more complicated than that.

Drive Pilot is more than just Distance Pilot DISTRONIC (Mercedes speak for adaptive cruise control) and Steering Pilot (steering assist). Though the E-Class has those, too.

Drive Pilot also includes Active Lane Change Assist that will autonomously change lanes when a driver signals a lane change, Speed Limit Pilot that can read speed-limit signs and automatically lower its set cruising speed to the posted limit and Active Emergency Stop Assist that will bring the car to a stop in its lane and activate the emergency flashers on the freeway if the driver for some reason becomes unresponsive behind the wheel.

With all these things engaged, Mercedes representatives told me the car could drive itself down a well-marked and well-lit freeway without the driver touching the steering wheel for as many as 60 seconds at a time at speeds up to 81 mph. And most of the time, it worked as advertised.

When the car’s digital cameras recognized the lane markings, a small icon of a steering wheel about the size of a pea on the 12.3-inch instrument display went from grey to green. This meant the Steering Pilot was active and engaged in steering. While the lines were recognized by the system and the car was steering itself, I could keep my hands in my lap.

Once every 60 seconds (or less), the system would prompt me to perform some action to show I was still paying attention. To do so, I could either jiggle the steering wheel or touch one of the steering wheel’s two touchpads.

On a straight, well-marked freeway, following traffic ahead, the system worked great. However, as soon as lane markings on either side became too hard to read or simply dropped away, Steering Pilot would cut out — sans warning.

Really, the only indication the car wasn’t steering anymore was that the little steering wheel icon on the instrument display would go from green back to grey. If I didn’t notice this because I was paying attention to the road ahead, like I am supposed to, I could suddenly and rapidly find the car drifting out of its lane. This happened to me several times over the two days I tested it.

I’ll admit, Steering Pilot suddenly cutting out without warning irked me. The more I thought about it, and after speaking further with Mercedes representatives about the issue, the more Steering Pilot’s perceived lameness made sense. What’s more, it shouldn’t be viewed as a technical deficit but rather a safety benefit. 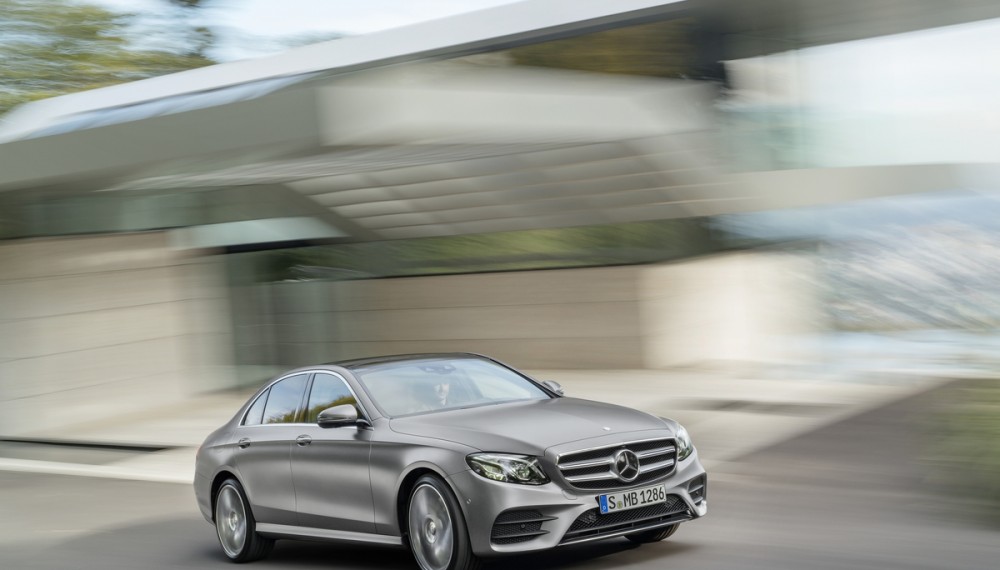 2017 Mercedes-Benz E-Class – All the Details 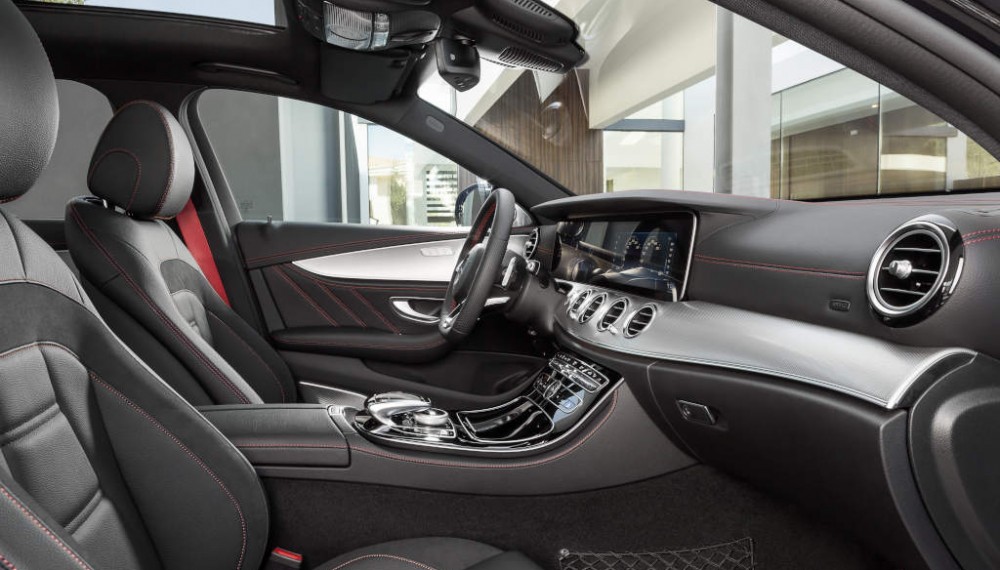 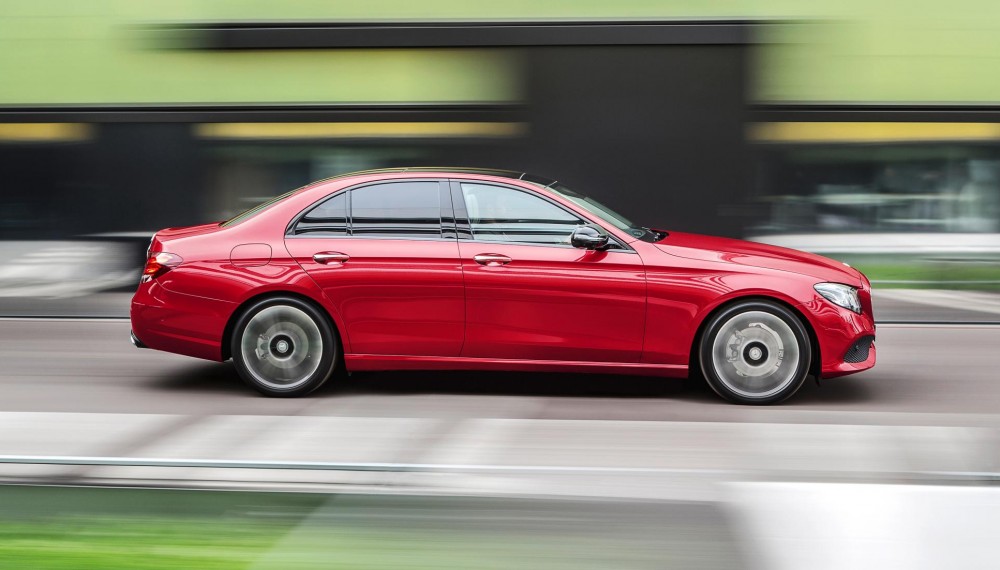