Mercedes-Benz is starting the new automotive year in true Formula 1 style – from pole position. The basis for this is the sales performance achieved in 2016 that took car sales beyond the two million mark for the very first time. This sixth record year in a row also took the brand with the three-pointed star to the top of the premium segment. Mercedes-Benz is providing even more impetus for 2017 with a raft of world premieres in Detroit. Alongside the new E-Class Coupé, debuts included the newest iteration of the successful GLA compact SUV and the Mercedes-AMG GT C Edition 50*, presented by the performance brand from Affalterbach to mark the start of its 50th anniversary year. In parallel, the inventor of the automobile is pushing forward with the expansion of e-mobility. 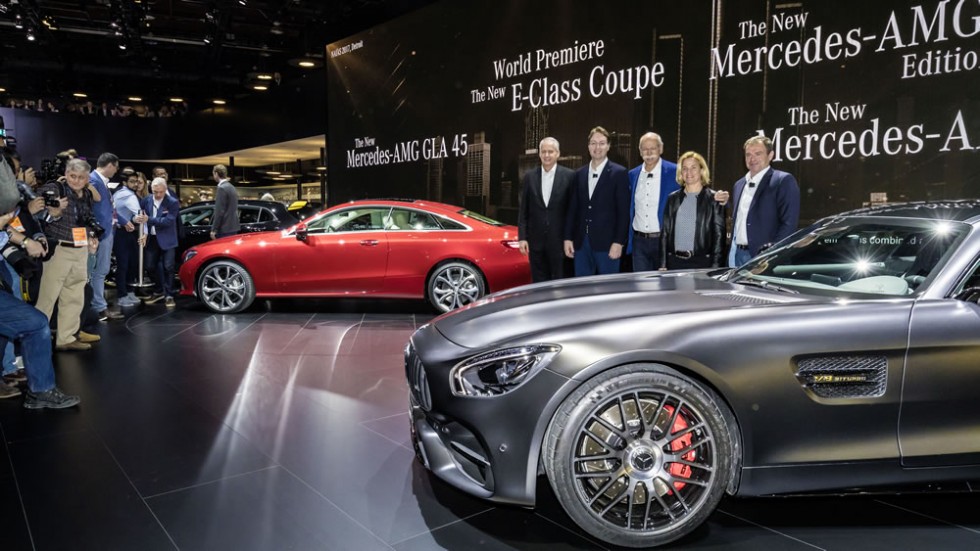 “We are extremely proud to have put ourselves back at the top of the premium segment in 2016 with sales of more than two million vehicles – and to have done so far sooner than 2020, which was our original target,” says Dr. Dieter Zetsche, Chairman of the Board of Management of Daimler AG and Head of Mercedes-Benz Cars. “Major contributing factors to this success have been our model offensive and the ongoing rejuvenation of our brand throughout recent years.”

Prime examples of the brand’s rejuvenation are the compact vehicles from the A and B-Class as well as their siblings, the GLA, CLA and CLA Shooting Brake. Since 2012, Mercedes-Benz has sold more than two million compact cars from its current line-up of five models, with further variants to come. In the same period, the average age of A-Class byers in Europe has fallen by more than 13 years.

The first model presented by Mercedes-Benz at the NAIAS is the facelifted GLA – with an expanded range of engines, targeted visual accentuation both inside and out and updated equipment variants. New in the engine line-up is the GLA 220 4MATIC*. With a power output of 135 kW (184 hp) and 330 Nm of torque, it closes the gap between the petrol models with 115 kW (156 hp) and 155 kW (211 hp). Redesigned bumpers, new alloy wheels and the new “canyon beige” paint colour give greater visual emphasis to the SUV genes and create an even more powerful look.

At the top of the model range is the new Mercedes-AMG GLA 45 4MATIC*, which has been visually and technically revised. Aerodynamic measures such as the redesigned front skirt and the new spoiler edge on the roof deliver improved handling and stability, while drag drops to a cd figure of 0.33. The Yellow Night Edition comes with a particularly sporty equipment spec. and likewise celebrates its premiere in Detroit.

Continuing the model offensive that saw Mercedes-Benz bring no fewer than twelve new or revised products to market last year is the world premiere of the new E‑Class Coupé. With expressive proportions, a clear, sensual design and long-distance comfort for four, the new coupé combines the beauty and the classic merits of a gran Turismo with state-of-the-art technology. With comprehensive smartphone integration, a widescreen cockpit and the very latest assistance systems, which also permit semi-autonomous driving, it offers the intelligence of the E-Class family. Standard equipment for the E-Class Coupé includes, for instance, Active Brake Assist, which can identify not only slow-moving, stopping or stopped vehicles, but also pedestrians crossing through the danger zone in front of the vehicle.

“Its intelligence, its outstanding handling characteristics and its clean, sensual design are just three reasons why our customers will love the new E-Class Coupé,” says Ola Källenius, Member of the Board of Management of Daimler AG and, since the beginning of the year, responsible for Group Research and Mercedes-Benz Cars Development. Delivering spirited performance and driving fun are powerful and efficient petrol and diesel engines, including a new four-cylinder diesel. Available from market launch are a choice of one diesel and three petrol engines with a power spectrum ranging from 135 kW (184 hp) to 245 kW (333 hp). Further engine variants and 4MATIC versions will follow.

AMG is turning 50, the GT family is growing

The North American International Auto Show also marks the start of an anniversary year. The Mercedes-AMG performance brand celebrates its 50th birthday in 2017. With almost 100,000 vehicle deliveries in 2016 and growth of more than 40 percent, Mercedes-AMG heads into its milestone year with a strong tailwind.

Timed to coincide with the anniversary, the brand is expanding its AMG GT sports car line-up with the new Mercedes-AMG GT C. Following on from the AMG GT C Roadster*, the Coupé is now also available in another performance and technology variant, positioned between the AMG GT S* and the AMG GT R*. It is available at launch exclusively as the limited-run Edition 50. The Mercedes-AMG GT* and AMG GT S have also received visual and technical upgrades and a further power boost. The new models are identifiable by the distinctive Panamericana grille, which is now a feature of all AMG GT models.

“After 50 years in the fast lane, there are only two options – slow down or pick up the pace even further. There was never any doubt at Mercedes-AMG that we would go for the second option,” says Tobias Moers, CEO of Mercedes-AMG GmbH. “The AMG GT C is the perfect illustration. In less than three years, the second vehicle we developed entirely in-house has become a fully-fledged family of seven models.”

Heading into the future with CASE

Mercedes-Benz is establishing a solid position for the long-term future, too. With its new corporate strategy entitled CASE – which stands for “Connected”, “Autonomous”, “Shared” and “Electric Drive” – the brand is marking out the cornerstones for its future success and the reshaping of mobility. Playing a particularly important role within this is the topic of e-mobility. With this in mind, the company has announced plans to invest ten billion euros in its e-mobility offensive, including charging infrastructure, battery development and new battery-electric models. Mercedes‑Benz is bringing together all its electric-mobility activities under the new EQ brand. The vehicle Concept EQ provides a concrete preview of a completely new generation of vehicles.

Mercedes-Benz plans to bring more than ten new electric cars to market by 2025. A pioneer in the field of e-mobility, the company already launched a battery-powered smart back in 2007. 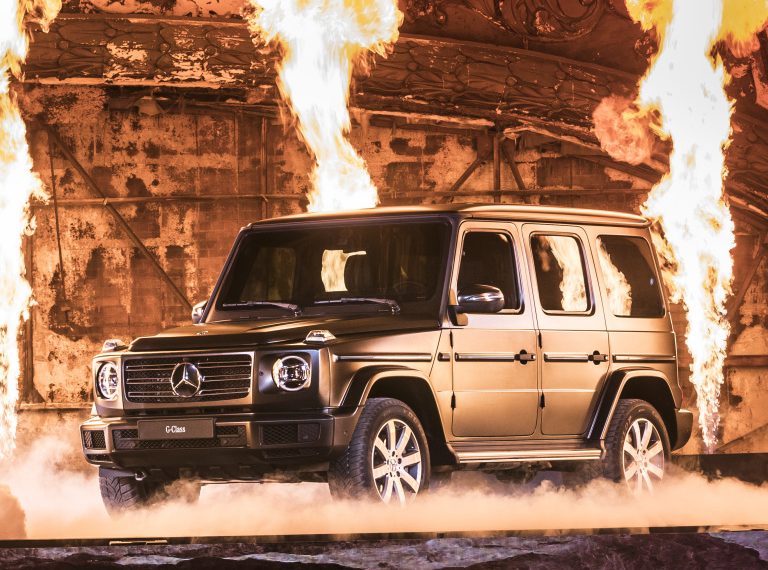 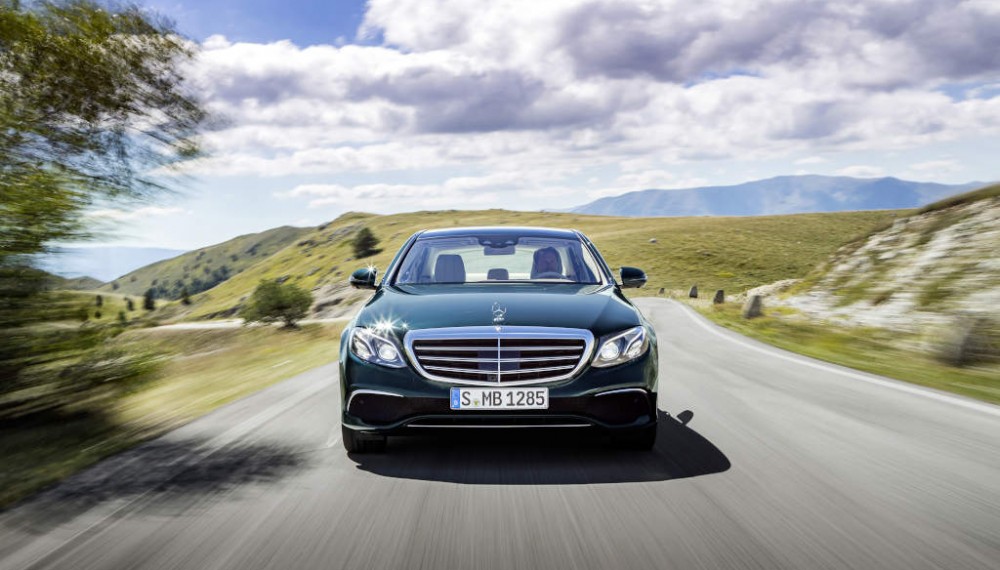 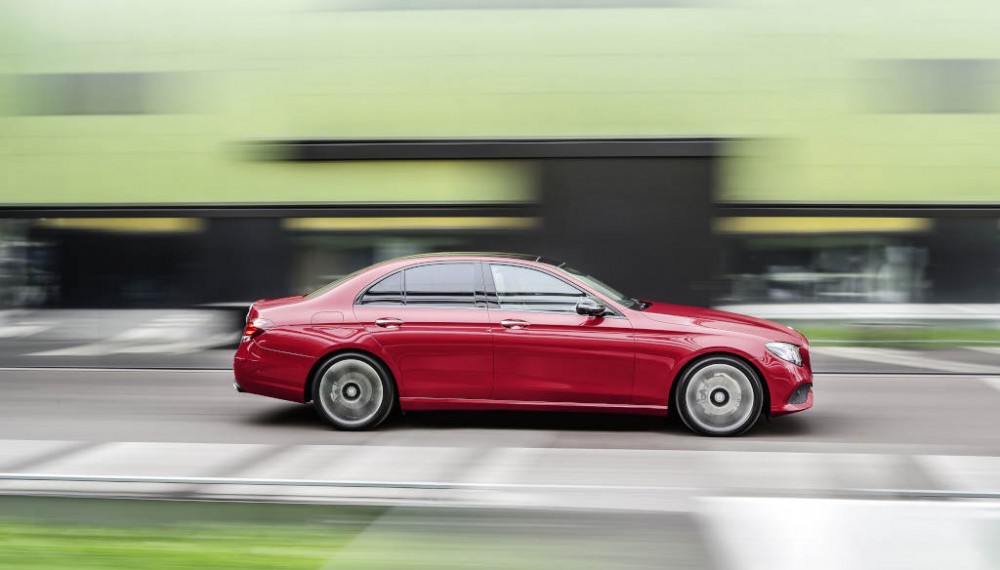