Selecting the navigation destination by thought control, switching the ambient light in the interior or changing the radio station: Brain-computer interfaces (BCI) enable this new form of machine control. They will not be available in everyday life tomorrow. But they are no longer science fiction either. In medical research, for example, BCI applications are considered a viable option for helping people with physical handicaps to become more independent. Mercedes-Benz is now integrating the first BCI approaches into its pioneering VISION AVTR concept vehicle. After a short calibration process, a BCI device attached to the user’s head analyses the measured brain waves and triggers a defined function. 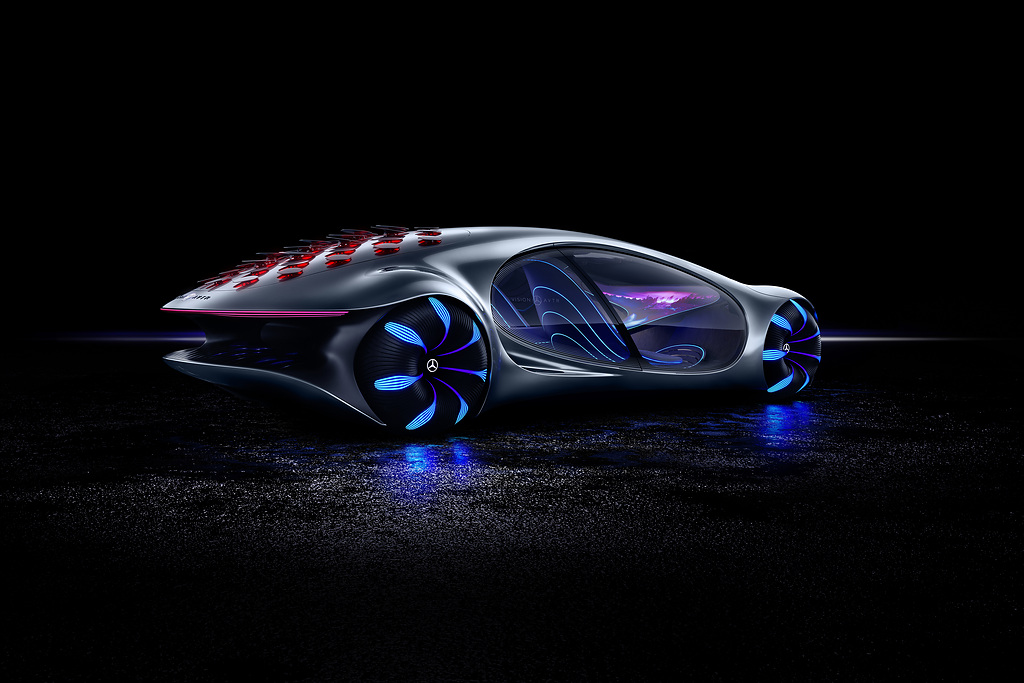 “Mercedes-Benz is setting another milestone in the merging of man and machine with the research and development of brain-computer interface applications in cars. BCI technology has the potential to further enhance driving comfort in the future, for example,” said Britta Seeger, Member of the Board of Management of Daimler AG and Mercedes-Benz AG, responsible for Sales. “Mercedes-Benz has always pioneered intelligent, innovative solutions to provide our customers with the best product and service experience. BCI technology works completely independently of speech and touch. This opens up revolutionary possibilities for intuitive interaction with the vehicle.”

“With the continuous further development of our ‘Hey Mercedes’ voice assistant and the zero-layer concept of the MBUX Hyperscreen, we’ve already simplified vehicle operation radically,” said Markus Schäfer, Member of the Board of Management of Daimler AG and Mercedes-Benz AG; responsible for Daimler Group Research and Mercedes-Benz Cars COO. “BCI technology can make it possible to relieve the user even more, in order to be able to focus on the driving experience. The VISION AVTR underlines the courage and pioneering spirit of our brand and is exactly the right concept to test and further develop BCI applications. This concept vehicle impressively depicts the future of mobility in which man, nature and technology are in harmony with each other.” 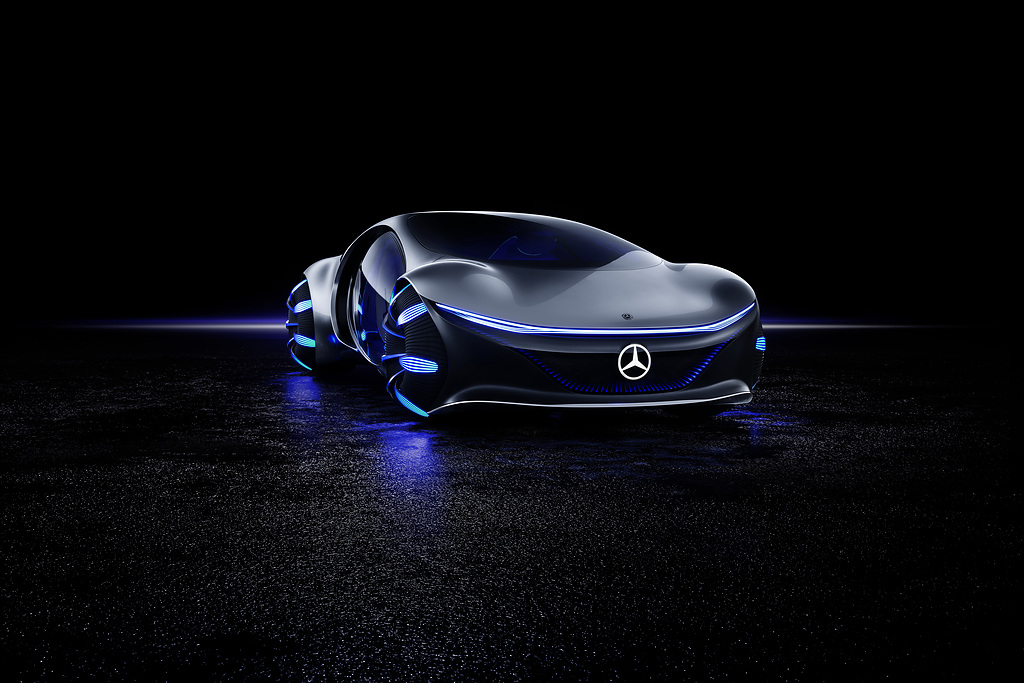 Controlling the user interface in the vehicle through brain activity

With the integration of Brain-Computer-Interface technology, Mercedes-Benz continues the revolutionary story of the VISION AVTR. The biometric interaction with the vehicle is complemented by a direct connection to the human brain. At the IAA, the first approaches to mind control based on visual perception was demonstrated in the visionary seat mockup of the VISION AVTR. For this purpose, light dots are projected onto the fully digital dashboard. A BCI device with wearable electrodes attached to the back of the user’s head records brain activity and establishes a direct connection to the vehicle after a one-minute calibration. The brain reacts to the visual stimuli on the dashboard. The BCI device measures the neuronal activity at the cortex in real time. It analyses the measured brain waves and recognises on which light points the user directs his focus and full attention (attention-sensing interface). The stronger the focus, the higher the neuronal activity. The device then triggers the targeted function in the vehicle. 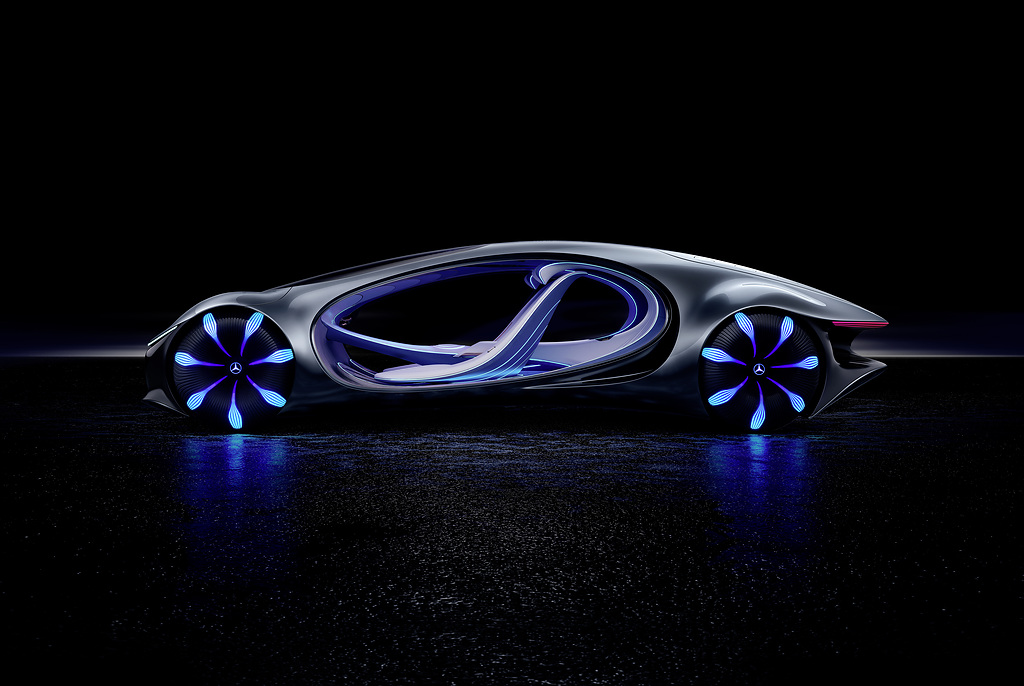 Using several functions linked to BCI technology, visitors to the trade fair can experience this ground-breaking form of interaction with the vehicle live. They will experience how quickly their own brain connects with the vehicle – similar to the neuronal connection between the Na’vi and the nature in the visionary Hollywood blockbuster “AVATAR”. By focusing on points of light, they can use the power of their thoughts to perform various functions in the digital VISION AVTR worlds displayed on the dashboard: for example, generate wind, grow plants, select parking spaces to charge or turn day into night.

The Mercedes-Benz VISION AVTR was presented for the first time at the 2020 CES (Consumer Electronics Show) in Las Vegas. It is the result of an extraordinary global collaboration between one of the most innovative brands in the entertainment industry, Disney, and the eighth most valuable brand in the world, Mercedes-Benz (according to Interbrand Ranking 2020). The name of the ground-breaking concept vehicle stands for ADVANCED VEHICLE TRANSFORMATION and embodies the vision of Mercedes-Benz designers, engineers and trend researchers for mobility in the distant future. The biometric connection enables a completely new interaction between man, machine and nature in the autonomous-driving concept vehicle. 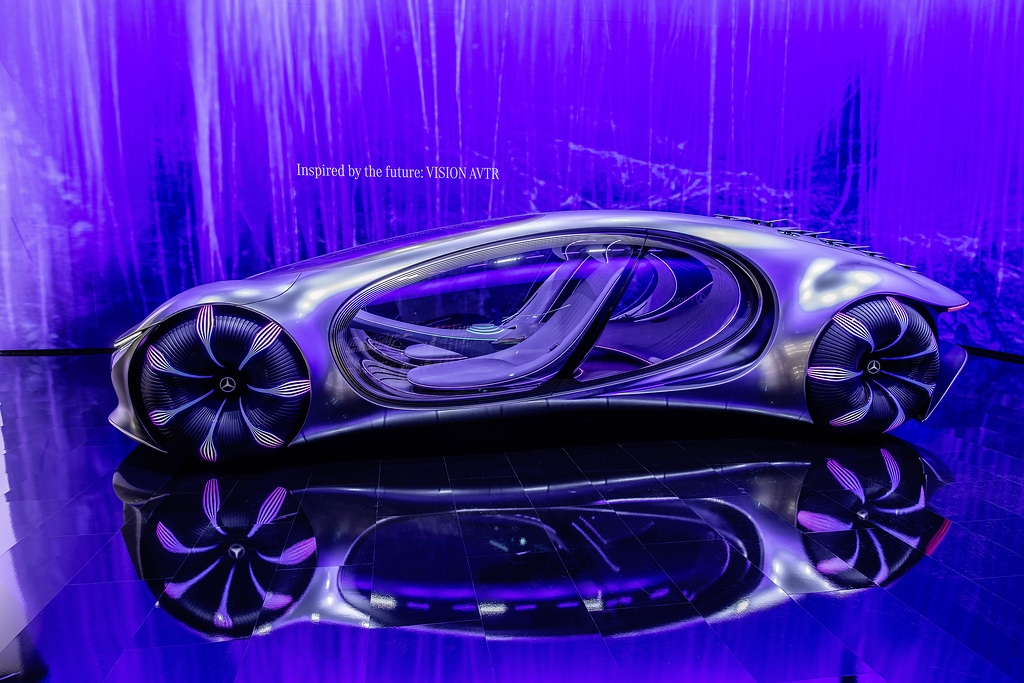 The stretched “one-bow” design and organic design language combine exterior and interior into an emotional whole. Sustainable materials such as vegan DINAMICA® leather made from recycled materials, fast-growing Karuun® (rattan) that can only thrive in biodiversity, and organic, compostable battery technology create a closed-loop economy. 33 bionic flaps on the back of the vehicle can communicate with the outside world – with and through the driver – using naturally flowing movements in subtle gestures. Instead of a conventional steering wheel, the VISION AVTR has a multifunctional control element in the centre console. By placing the hand on the control, the interior comes to life and the vehicle recognises the passenger by their heart rate. Simply raising the hand projects a menu selection onto the palm of the hand, allowing the user to intuitively choose between different functionalities. 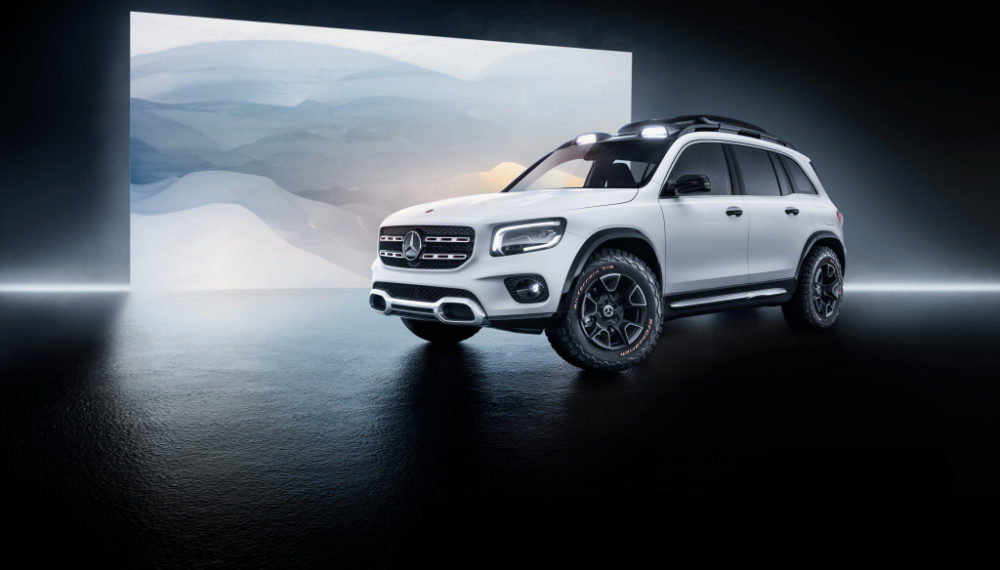 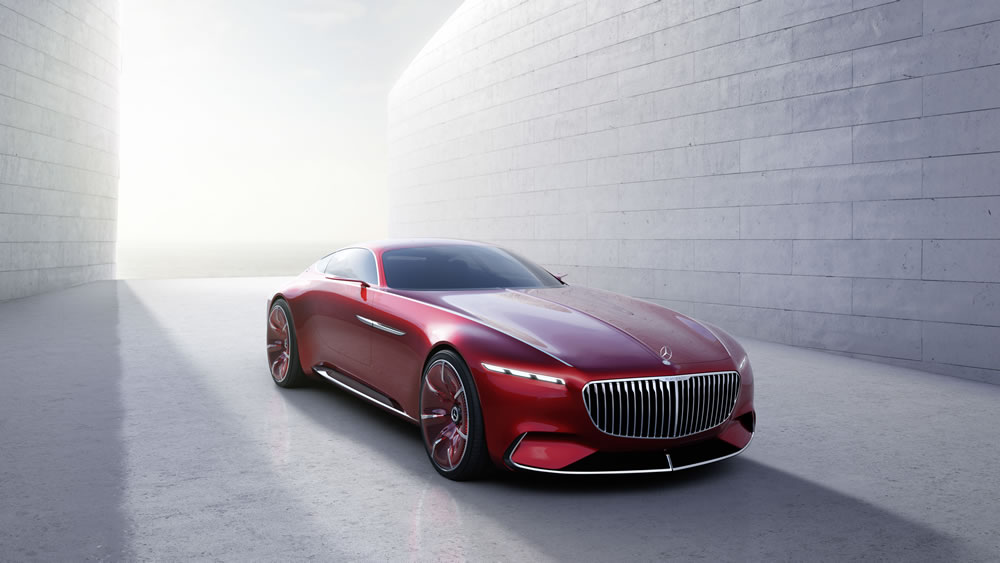