Mercedes-Benz Looks to the Future

Mercedes-Benz, robotics experts and linguists discuss how people can communicate with autonomous vehicles in the future. Traffic in the city of the future will be largely dominated by cars that drive themselves. Beyond the technical and legal aspects, the automotive manufacturer is therefore looking very closely at social issues in this context. Communication between people and machine intelligence is a key aspect here.

The fact that cars are able to perform more and more tasks autonomously, meaning that they are gradually becoming mobile robots, is now beyond dispute. This will not just lead to changes in motoring itself, however; traffic conditions on the whole will change, too. This is why Mercedes-Benz looks at much more than just the technical issues when developing autonomous cars. Company representatives from the Group Research and Futurology department therefore met with robotics research experts and linguists to discuss the key issues at the second Mercedes-Benz Future Talk: How will we communicate with autonomous cars in the future? Can an autonomous car “wave” a pedestrian over the road? Is the car speaking to me or to the person next to me? And what does “speaking” even mean in this context? Will we have to learn robot grammar or must the car be able to understand us? And how can this language be developed? Should it be intuitive or artificial? 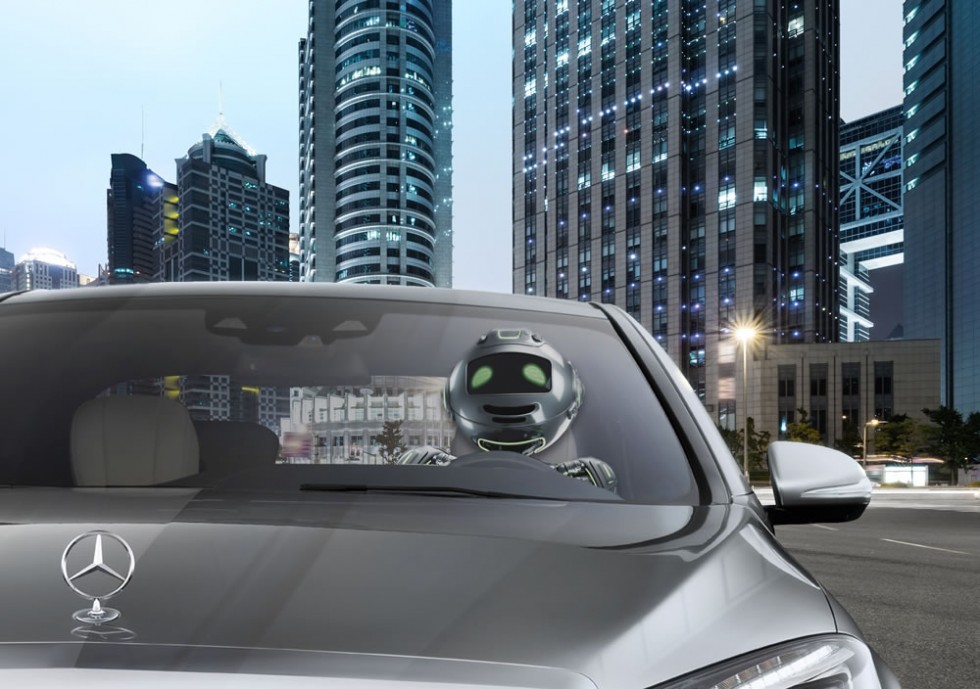 A driving robot ? – in the future the car drives independently

“The traffic of the future will become increasingly interactive – and I don’t just mean the networking of vehicles,” stated Prof. Dr. Kohler, Head of Group Research and Sustainability and Chief Environmental Officer at Daimler AG. “We view it as our elementary task to put autonomous cars on the road not just as technological achievements but also to make them an integral part of the traffic of the future. Here the social aspects are at least equally important as the sensors in the car.”

The in-depth discussions between all those attending the Mercedes-Benz Future Talk “Robotics” revealed that there are still many unanswered questions in the field of human-machine interaction. It became clear that robots are much more than humanoids with a human-like appearance or figures from science-fiction films. This is also substantiated by Martina Mara, who conducts research into the psychology of human-robot relationships at Ars Electronica Futurelab: “The tin man, or synthetic human-machine, may be the image we have in our mind when we hear the word ‘robot’. In the case of real robots away from the cinema screen, however, there is often only limited acceptance if there are too many similarities with humans.” According to Mara, it is more important to make it clear as quickly as possible just how intelligent a robot is, which forms of communication it can master and how it signals what its next steps will be. 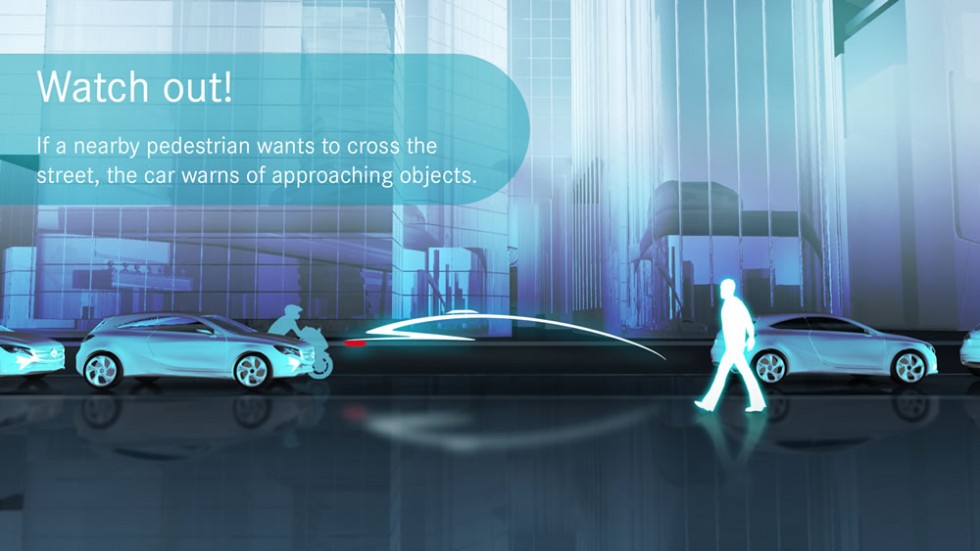 Alexander Mankowsky, a futurologist at Daimler AG, added: “We see the car that drives itself – the autonomous robot – embedded in the overall picture of future mobility, with humans playing the main role in our vision of the future. The task is to develop a cooperative system in which one or more communication languages are essential to allow interaction between humans and machine intelligence in the dense urban environment.” He also thinks that there may even be a robot-language dictionary in the future. According to Mankowsky, calling for people to adapt to the machines should not be the aim by any means in any of the deliberations. It is much more a case of building trust and confidence as human-machine communication gets more and more intensive.

Prof. Dr. Ellen Fricke introduced a linguistic perspective into the discussion. The gesture researcher from the Chemnitz Technical University and co-founder of the Berlin Gesture Center put forward the following arguments: “If we consider gestures to be an option for successfully communicating with autonomous cars, it is of course important to look at which human gestures in everyday use are especially suitable as a starting point for this. Another equally key question is this: how does the autonomous car shape us? And what effects will the gestures used for human-car interaction have on the gestures used for interhuman communication in the future?” Also Fricke pointed out: “Not only an encyclopedia of robot gestures is required, but as the very first step, a comprehensive digital database of human gestures of everyday use. This can be an intial point for a construction of gestures addressed to autonomous robots.”

On an everyday level, communication with autonomous vehicles is still new territory. This is why Mercedes-Benz joined forces with Ars Electronica Futurelab to create an “experimentation field” capable of testing various forms of interaction between humans and kinetic robots using prototypes. In a test setting, three interactive quadcopters were hailed, stopped or steered in a certain direction using gesture control or a haptic control object, for instance. This gave an initial idea of what co-existence between humans and autonomous machines could feel like in the shared space of the future. 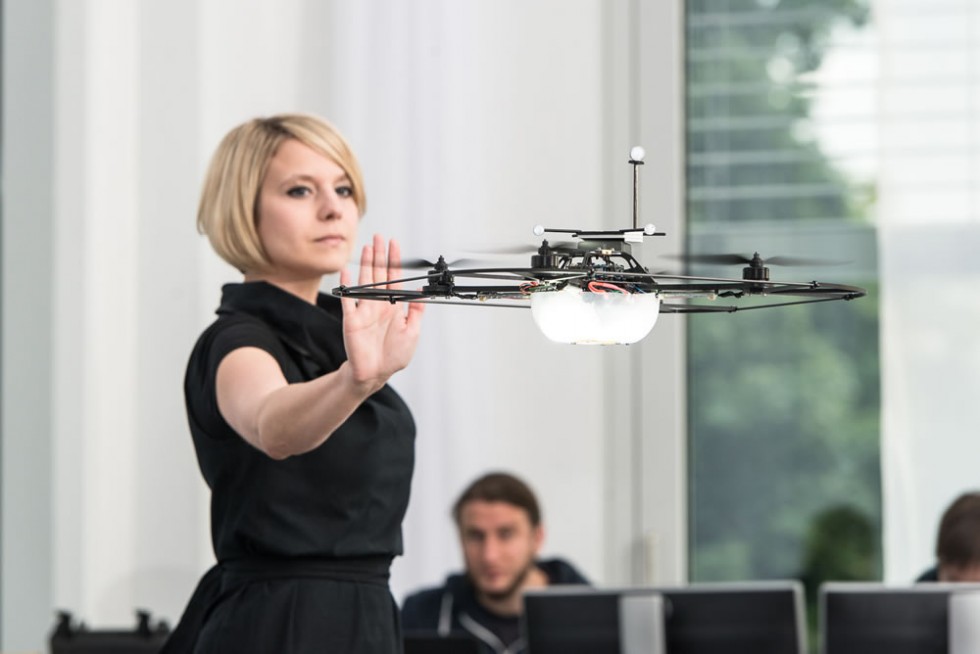 Mercedes-Benz is convinced that what seems a long way off can quickly become a reality, believing that it is essential to develop a shared interaction language to enable functioning social “human-machine cooperation” in the traffic of the future. The automotive manufacturer will continue to work towards this goal.
Mercedes-Benz Future Talk – interdisciplinary dialogue

The Future Talk introduced last year by Mercedes-Benz established a new dialogue format and asked the question “How Utopian is the future?”. By exchanging ideas with vanguards from various disciplines, the brand shares its visions and, as the inventor of the automobile, demonstrates its expertise in shaping a desirable, mobile future. 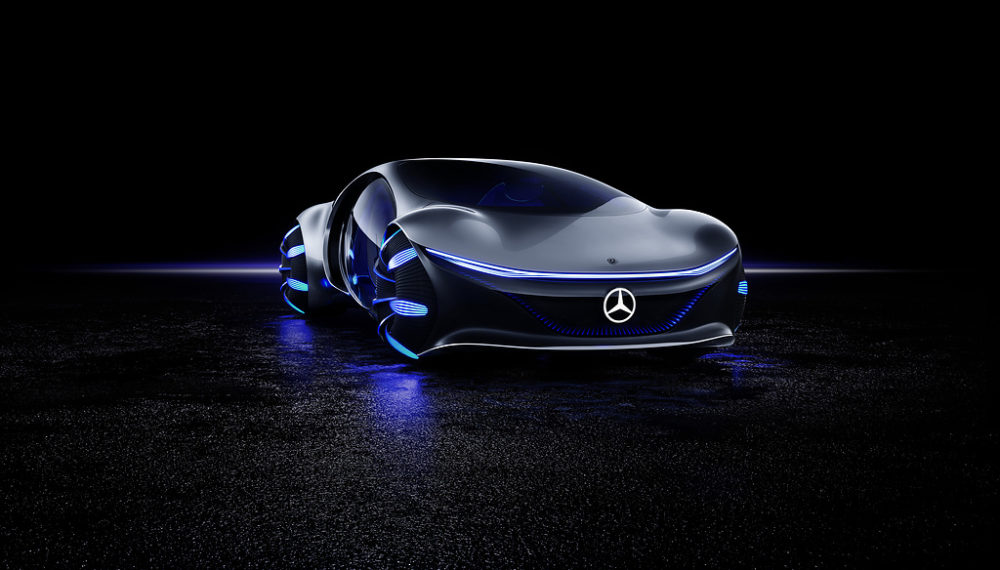 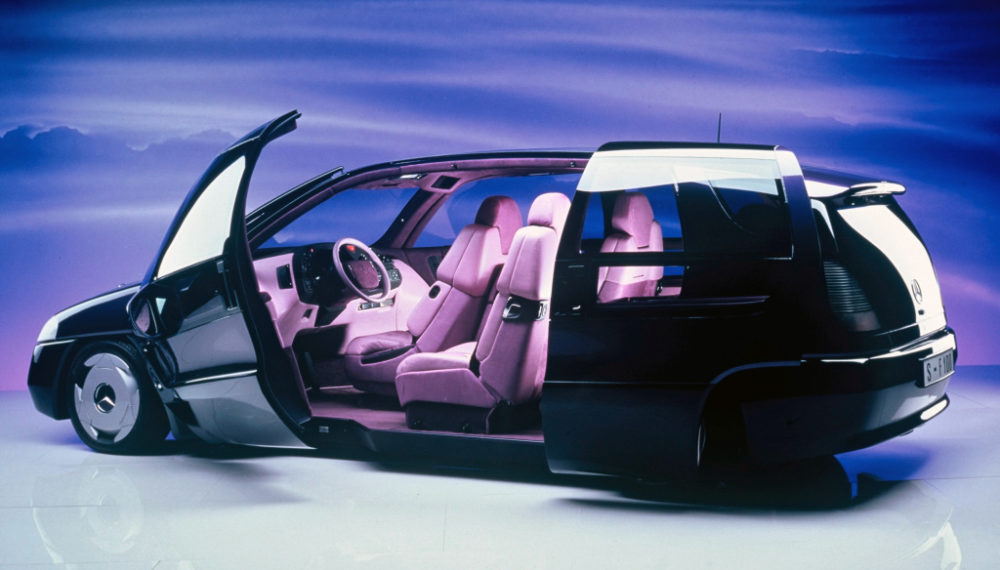 A Look at the Future from the Past 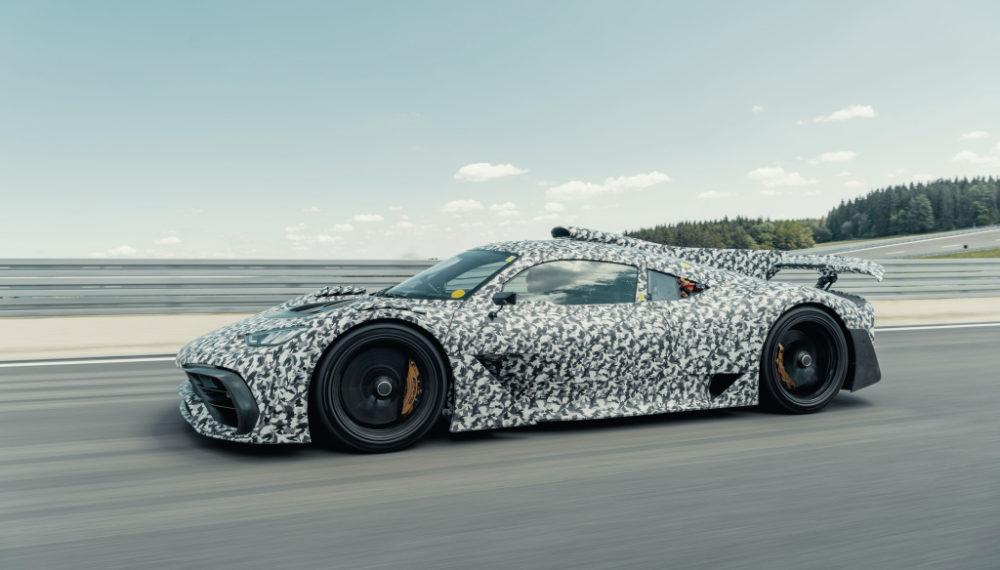