One thousand miles of pure fascination and passion: that`s the Mille Miglia. This year, the regularity rally will retrace the steps of the legendary road race from 15 to 18 May 2019. Mercedes-Benz will be taking part with numerous classic cars and is, at the same time, celebrating “125 Years of Motorsports”. This particular anniversary commemorates the first competitive motorcar race in history in 1894 from Paris to Rouen, which was won by cars fitted with Daimler engines. 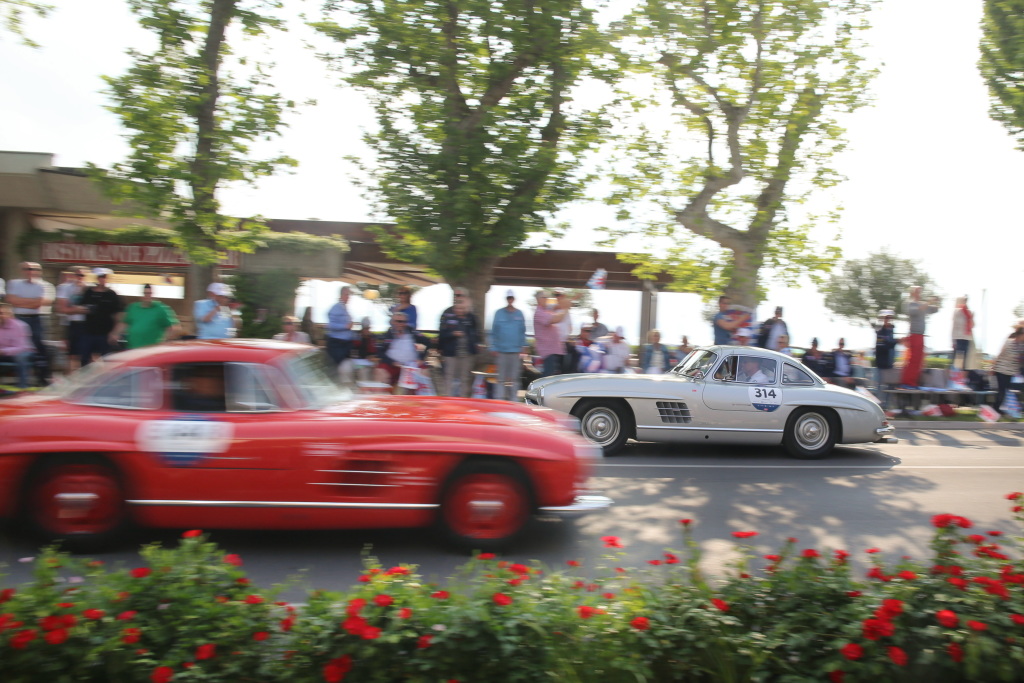 In 2019, on the occasion of the 1000 Miglia, Mercedes-Benz will also be celebrating the 125th anniversary of Mercedes-Benz motorsport. These are the highlights of this famous brand based in Stuttgart on the 1,000 miles from Brescia to Rome and back.

Record: In 2019, a Mercedes-Benz 300 SLR (W 196 S) with Hans Herrmann at the wheel will open the 1000 Miglia. This is a further historic moment packed with memories. In 1955, Hans Herrmann took part in the endurance race in an identical racing sports car, and Stirling Moss & Denis Jenkinson finally won the race in a 300 SLR in a record time of 10 hours, 7 minutes and 48 seconds.

Partnership: Mercedes-Benz is supporting the 1000 Miglia as a global partner in the car manufacturers’ category. In addition, the brand will be participating with several 300 SL “Gullwings” (W 198) from the company’s own collection. These vehicles recall in particular the racing successes of Mercedes-Benz standard-production sports cars in the 1950s and the class victory of the 300 SL “Gullwing” in the 1000 Miglia in 1955.

Anniversary: Historical highlights of Mercedes-Benz are the legendary victories at the 1000 Miglia in 1931 by Rudolf Caracciola and in 1955 by Stirling Moss. Both these successes are highlights of 125 years of motorsport for the brand from Stuttgart. Mercedes-Benz celebrates its anniversary in Italy and throughout the rest of the year with numerous activities and participation in international events.

Stars: In addition to Hans Herrmann, the Mercedes-Benz brand ambassadors Ellen Lohr and Bernd Mayländer are expected to be present at the 1000 Miglia 2019. This year, Ellen Lohr will be forming a team with the young racing driver Sophia Flörsch, currently the most successful German female racing driver. In the FIA F3 European Championship racing series, she will be participating in cars with Mercedes-AMG engines and, in 2019, will contest a complete season for the first time. In the 1000 Miglia, the two ladies are driving a 300 SL “Gullwing”, just like Bernd Mayländer together with Michael Diamond, better known as Mike D of the “Beastie Boys” and an avowed aficionado of Mercedes-AMG’s character cars. Fashion designer, sports car collector and author Magnus Walker will also be at the wheel of another “Gullwing” on the drive through Italy. He knows the car well: in 2018, he competed in the Silvretta Classic Rallye Montafon and discovered the immense pleasure of driving the Mercedes “ Gullwing”.

Motorsport today: A special display in Brescia will unite current motorsport competitors. The Formula One Mercedes-AMG F1 W10 EQ Power+ racing car can be seen alongside the competing Ferrari and Alfa Romeo cars. Mercedes-AMG will also be exhibiting a GT4 racing car.

Mercedes-Benz 1000 Miglia Challenge 2019: In honour of the motorsport heritage of the brand, the participants from nine countries with almost 40 cars will drive ahead of the classic cars on the same route and will compete in the same special stages. Prominent co-drivers in 2019: Esteban Ocon and Klaus Ludwig. Vehicles permitted to take part in the Challenge are Mercedes-Benz SL models of various generations and vehicles from Mercedes-AMG plus models of particular historical value from the product history.

“Gullwing” from 1954 for sale: ALL TIME STARS, the Mercedes-Benz Classic vehicle dealer, is offering a 300 SL from the first months of production in the Parc Fermé in Brescia that sports bolted wing attachments and interior ventilation as features. The rare Rudge wheels are a feature of the special configuration. The classic colour scheme is silver grey (DB 180) with blue chequered seat cover fabric. The vehicle has been owned by Daimler AG since 1990, has an FIA passport and is therefore eligible to participate in such top events as the 1000 Miglia. After extensive partial restoration, it is now a sight to behold and appears “as new”. The machinery inside has been continuously serviced. More information: http://mb4.me/W198

History of the 1000 Miglia: Between 1927 and 1957, the original road race took place every year over 1,000 miles from Brescia to Rome and back. In 1977, the first regularity rally with classic motorcars took place. Only those vehicles whose models were included for the original road race are permitted to participate. Every year, more than 400 classics, many of them with the Mercedes star, come together to take part in this brilliant “ museum on wheels” that fascinates visitors in Brescia and Rome as well as at many points along the route. This year, the route covers four stages from Brescia to Cervia-Milano Marittima (15 May) and then on to Rome (16 May). On the third day (17 May), on their way to Bologna, the participants pay tribute to the Italian inventor Leonardo da Vinci, who died 500 years ago this year: the cars will visit the town of Vinci. Finally, the 1000 Miglia returns to Brescia (18 May).

Mercedes-Benz developed the 300 SLR (W 196 S) for the 1955 World Sports Car Championship. It was based on the successful W 196 R Formula One racing car. The main difference besides the body was the engine: not being bound by the Formula One regulations limiting the engine’s displacement, it is powered by a three-litre version of the eight-cylinder in-line engine. This engine does not require special racing fuel, but runs on premium petrol. Its high performance potential and unrivalled durability as well as reliability made the 300 SLR far superior to its competitors in 1955. This was impressively demonstrated by one-two finishes in the Mille Miglia, the Eifel Race, the Swedish Grand Prix and the Targa Florio (Sicily), a one-two-three finish in the Tourist Trophy in Ireland and, last but not least, victory in the World Sports Car Championship.

In February 1954, the 300 SL standard-production sports car (W 198) celebrated its world première at the International Motor Sports Show in New York. The coupé was called the “Gullwing” or the “Papillon” (butterfly) owing to its distinctive roof-mounted doors, which resembled a gull’s wings. The high-performance racing sports car was based on the legendary 300 SL racing car (W 194) from the 1952 season. It was the first standard-production car with a four-stroke petrol injection engine. With an engine output of 158 kW (215 hp) – a good 25 per cent more than the carburettor motor racing version of 1952 – and a top speed of up to 250 km/h, the W 198 was in the top echelon of production sports cars in its day, which also predestined it for racing. One legendary triumph was the triple class victory of the 300 SL “Gullwing” in the 1955 Mille Miglia. John Cooper Fitch and his co-driver Kurt Gessl won fifth place in the overall classification in the car bearing race number 417, which represented their starting time at 4:17 am, and led the class of production sports cars over 1.3 litres of displacement ahead of two more “Gullwings”. Between 1954 and 1957, a total of 1,400 vehicles of the 300 SL “Gullwing” were built, no fewer than 867 of them in the year of its Mille Miglia class victory in 1955 alone.

Mercedes-Benz Classic brand ambassadors at the 1000 Miglia in 2019

The 1955 season might have been a triumphant year for young racing driver Hans Herrmann from the Mercedes-Benz racing department. He certainly had the necessary talent. When the new Mercedes-Benz W 196 made its debut at the French Grand Prix in Rheims on 4 July 1954, the young driver immediately made his mark by setting the fastest lap time. Yet, in 1955, the man from Stuttgart suffered bad luck in the cockpit. In an accident during practice for the Monte Carlo Grand Prix in Monaco, Herrmann was injured so seriously that he was unable to compete for the rest of the season. A trained confectioner, he began his motor racing career in 1952, driving a private Porsche 356 in the Hesse Winter Rally. In the same year, he won a class victory in the Germany Rally. In 1953 and 1954, driving a Porsche, Herrmann won class victories in the Mille Miglia. This brought him to the attention of Mercedes-Benz racing manager Alfred Neubauer, who signed him as a young driver for the new Formula One team in 1954. In the course of his career, Hans Herrmann proved to be an extremely versatile driver in Formula One and Formula 2 Grand Prix races, sports car races and rallies. Apart from Mercedes-Benz, he competed particularly in Porsche racing and sports cars. He also raced at the wheel of B.R.M., Cooper, Maserati and Veritas racing cars. Herrmann achieved his greatest successes in endurance races. These included overall victories in the Targa Florio (1960), the 24-hour race in Daytona (1968) and the 24 Hours of Le Mans (1970). His second place at the wheel of a Mercedes-Benz 220 SE (W 111) in the 1961 Argentine Road Grand Prix was also a major achievement. In 2012, Herrmann was honoured by the town of Collesano, which was situated on the circuit, for taking part in the Targa Florio eight times. The former works driver arrived for the ceremony at the wheel of a Mercedes-Benz 300 SLR. Hans Herrmann crowned his career with victory at Le Mans in 1970 and retired from active motor racing in the same year. As a brand ambassador for Mercedes-Benz Classic, he remains closely associated with the company – and motor sport – to this day. Hans Herrmann celebrated his 90th birthday in 2018 at the Mercedes-Benz Classic Centre in Fellbach. Among the laudators was Dr Dieter Zetsche, Chairman of the Daimler Board of Management.

Ellen Lohr came to motorsport from karting, in which she was active from 1979 to 1983. Her greatest successes were participating in the Junior Kart World Championship and claiming a first-place title in the North-West German Kart Championship. After competing in the German Formula Ford 1600 series (German Champion in 1987) and initial races in the DTM (BMW) and the German Formula 3 Championship with Volkswagen in 1989/90, she was signed up by the AMG-Mercedes team for the German Touring Car Championship. Ellen Lohr was the first and to this day only woman to clinch a DTM victory: on 24 May 1992, she was victorious in the first run at the racing festival in Hockenheim at the wheel of an AMG-Mercedes 190 E 2.5-16 Evolution II. For the 1995 season, she moved to the Mercedes-Zakspeed team, and in 1996 drove for the AMG-Mercedes Persson MS team. In 1997, she competed in the European Truck Racing Championship at the wheel of a Mercedes-Benz racing truck. From then on, Ellen Lohr continued to be actively involved in numerous other racing series, including the Paris–Dakar Rally (as of 2005) and once again in truck racing (as of 2012). In 2019, the racer will compete in the Nascar Whelen Euro Series.

Bernd Mayländer makes regular appearances in Formula One at the front of the field. After all, the racing driver born in Waiblingen in 1971 has been the official driver of the Mercedes-AMG Formula One safety car since 2000 – currently, a Mercedes-AMG GT R (combined fuel consumption: 12.4 l/100 km, combined CO2 emissions: 284 g/km*). Mayländer begins racing in 1990, first taking part in the Porsche Club Sport, Porsche Carrera Cup (overall victory in 1994) and Porsche Super Cup, as well as in endurance races. Driving for the Persson Motorsport team, starting in 1995, he initially participates in the German Touring Car Championship (DTM) and the International Touring Car Championship (ITC). From 1997, he drives a Mercedes-Benz CLK-GTR in the FIA GT Championship. In 1997, Mayländer wins the race in Spielberg together with Klaus Ludwig and Bernd Schneider. In 2000, he takes the winning title in the 24-hour race at the Nürburgring behind the wheel of a Porsche 996 GT3. Bernd Mayländer contests his final DTM season in 2004 as a member of the Rosberg team driving a Mercedes-Benz C-Class DTM.

* The stated figures were determined based on the prescribed measuring process. These are the NEDC CO2figures based on Art. 2, No. 1 of Implementing Regulation (EU) 2017/1153. The fuel consumption figures were calculated based on these figures. 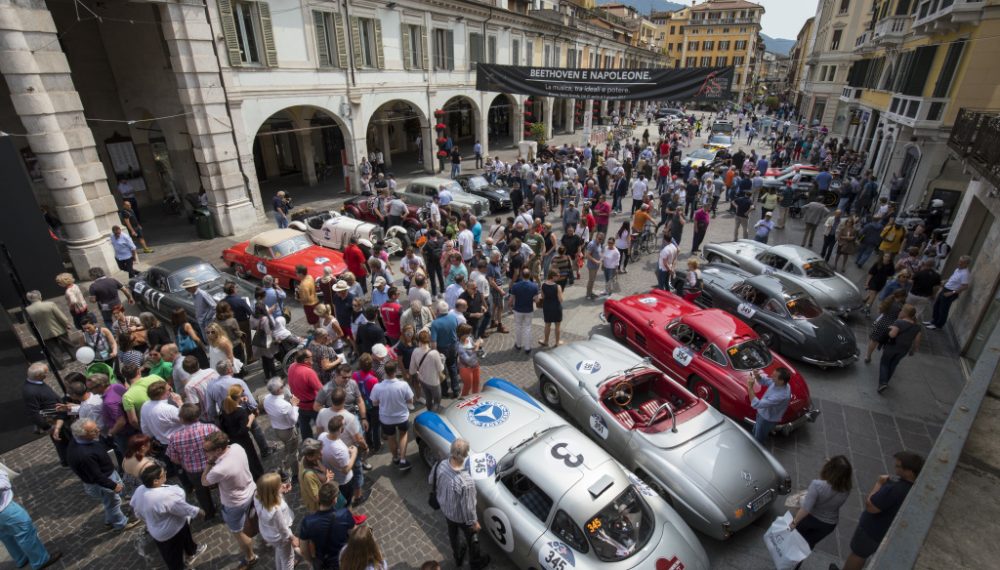 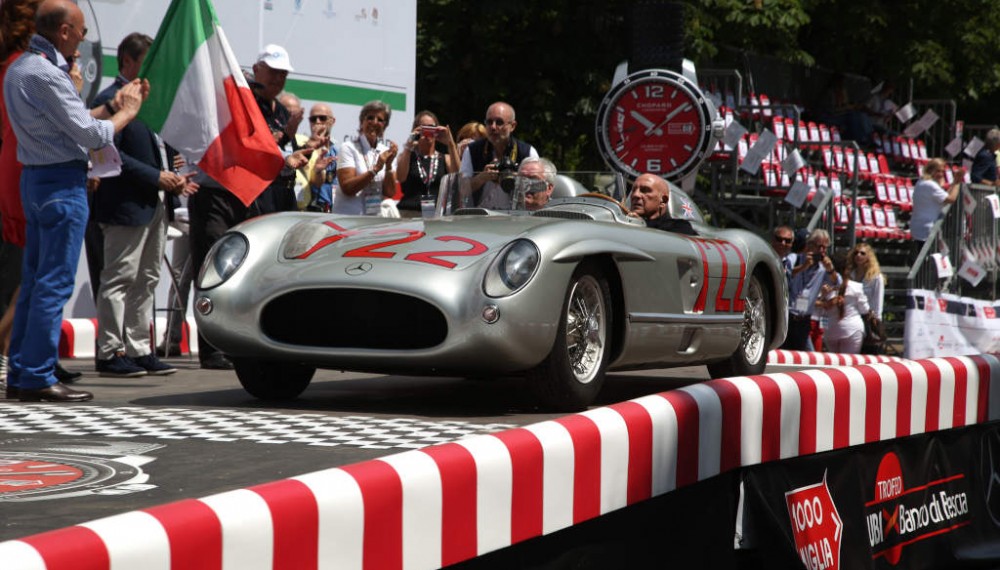 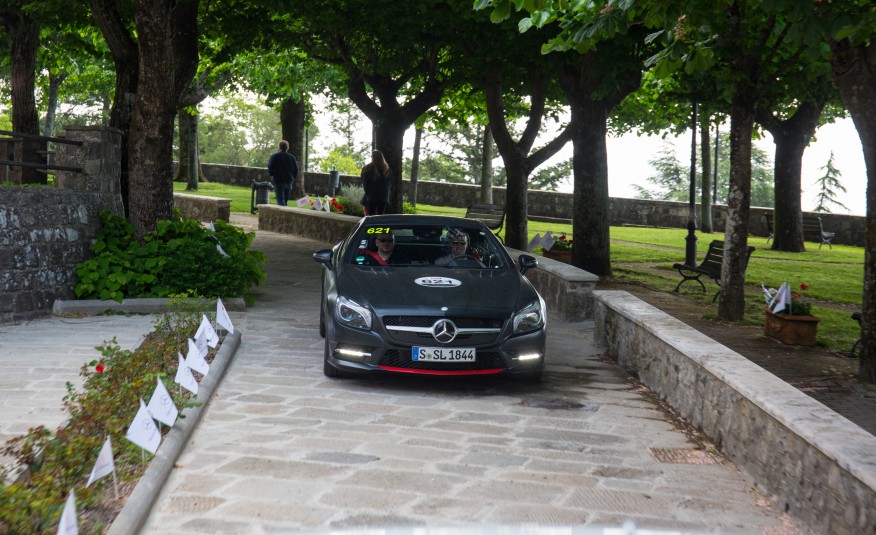