How the Mercedes-Benz W201 Paved the Way for Compact Cars

The decision makers at Daimler-Benz AG thought long and hard about introducing a compact model series below the executive segment in the 1920s and 1930s and then from the early 1950s onwards. Several projects were conceived, some of them very advanced, but for one reason or another they never came to fruition.

But, in the early 1970s, the idea of a compact Mercedes-Benz got an unexpected boost thanks to the Clean Air Act. Introduced under President Jimmy Carter, the act specified the fleet fuel consumption for the vehicles of all manufacturers on sale in the USA. This was know as the “Corporate Average Fuel Economy” (CAFE). In 1985, it was 27.5 miles per gallon (8.3 litres per 100 kilometres), quite a challenge for many car brands, including Mercedes-Benz. Because the U.S. was a key market for Mercedes, a shift to develop a new, more compact and more fuel efficient model series immediately took precedence.

Check out the gallery below for a look at the compact model and how it came to be or read on below for a history of Mercedes-Benz compacts. 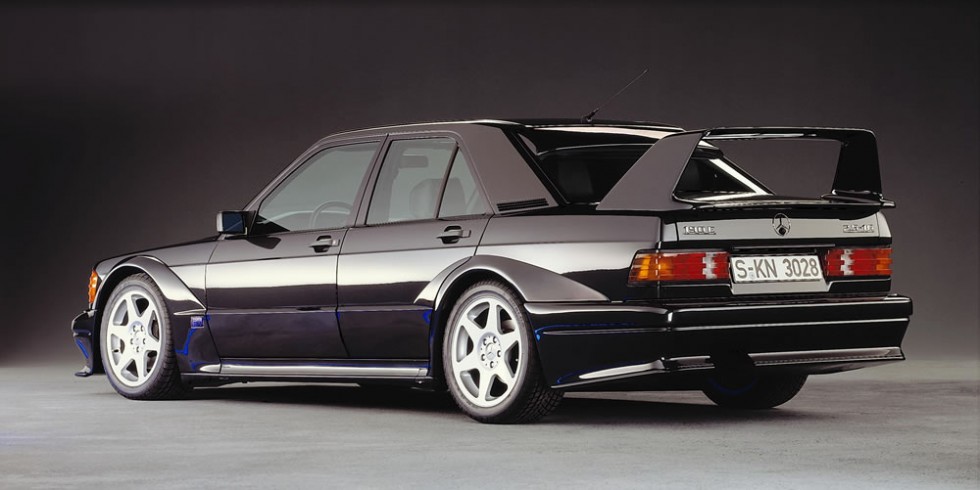 In January 1974 Head of Development Prof. Hans Scherenberg defined the key requirements for such a Mercedes-Benz. This is how he phrased it: “It’s clear that this must be a typical Mercedes-Benz. So we are not able to make too many compromises in terms of refinement, safety and the associated Mercedes-Benz characteristics.” The first specifications book he signed for model series 201 specified the following as early as 4 February 1974: “The aim with this product is not to penetrate the medium-size-category markets, which have been occupied by brands such as Opel and Ford for many years. Moreover, the 201 model is to be deliberately distinct from these due to the trademark characteristics customers expect in terms of quality, safety and refinement.” Prof. Werner Breitschwerdt, who succeeded Scherenberg as Development Chief in 1977, didn’t feel the need to change any of this. 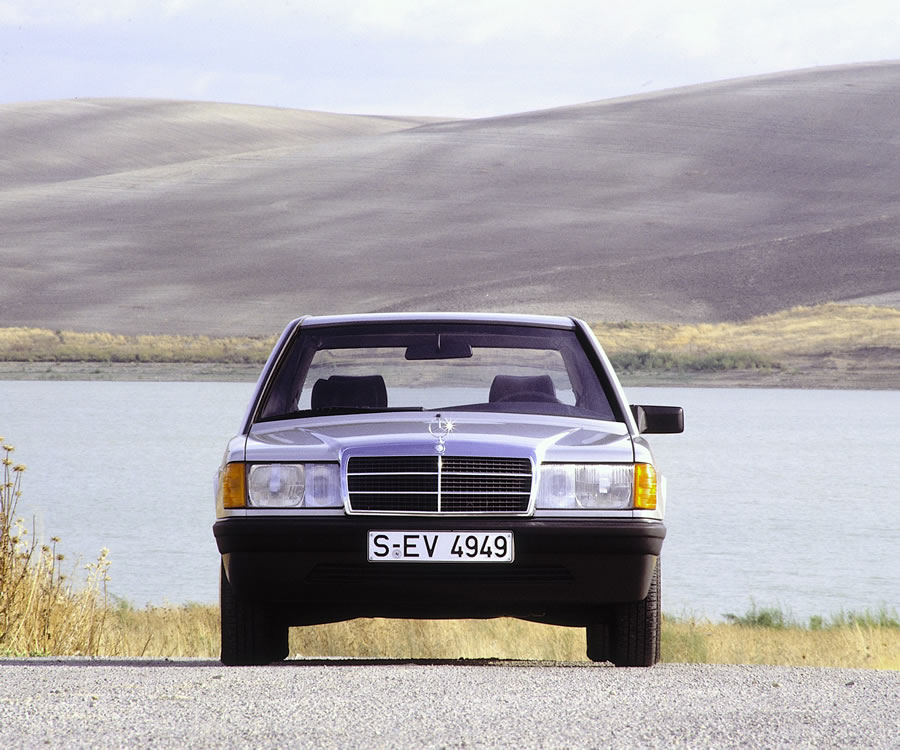 This meant that the brief was almost akin to squaring the circle: traditional Mercedes-Benz brand values such as comfort, safety, longevity and reliability, which had previously been implemented to perfection in larger vehicles across all generations, now had to be transferred to a compact vehicle without exception. This major engineering feat was a massive challenge. So no wonder the expectation among journalists was huge when the new compact vehicles in model series 201 were unveiled to the world’s press in Seville, Spain in November 1982. And they were not disappointed.

The first surprise was the design. A vehicle that was unique yet unmistakably a Mercedes-Benz was produced under the guidance of Bruno Sacco. Furthermore, the compact Mercedes-Benz had a low drag coefficient (Cd value) of 0.33 and a sophisticated, uncomplicated design with an undeniably youthful and dynamic elegance.

Active and passive safety have been key quality aspects at Mercedes-Benz for generations. And model series 201 set the standards in this respect, too, when compared with both Mercedes-Benz models and competitor models. The active safety system, in which a key role was played by the multi-link independent rear suspension with five links arranged at various levels, was remarked upon in issue 1/1983 of German car magazine “auto motor und sport” with reference to the 190 E model: “When configuring the suspension, the Daimler-Benz engineers focussed on conveying the highest possible degree of driving safety without losing any of the pleasure associated with the car’s dynamic aspects. The 190 E thus had the best cornering ability of any Mercedes-Benz, with largely neutral understeer/oversteer characteristics, very high possible, almost fully absent load changes – and it offered immense driving pleasure. […] The effortlessness with which the 190 E takes bends is nothing short of astonishing. For the normal 190 E driver, the reserves offered by the suspension can have a calming effect.” 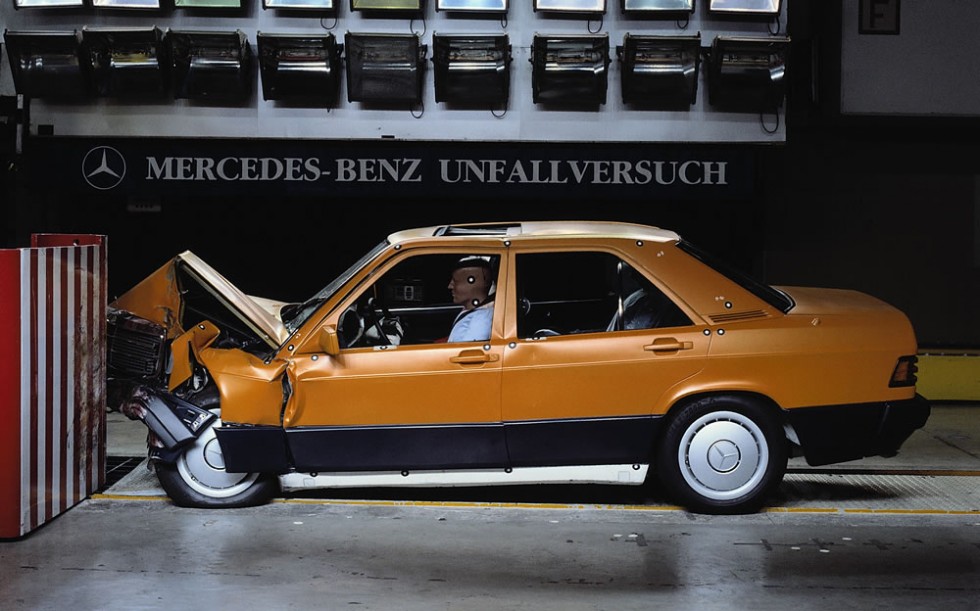 One of the major factors behind this was the multi-link independent rear suspension conceived by Dr Kurt Enke and, following his early death, designed by Manfred von der Ohe. It became the standard for all subsequent rear axles designed by Mercedes-Benz. But outside of the company, too, it became the blueprint for many other rear axle designs over the years. Model series 201, a relatively small Mercedes-Benz vehicle, therefore continued the tradition of being a trendsetter for innovative design ideas. 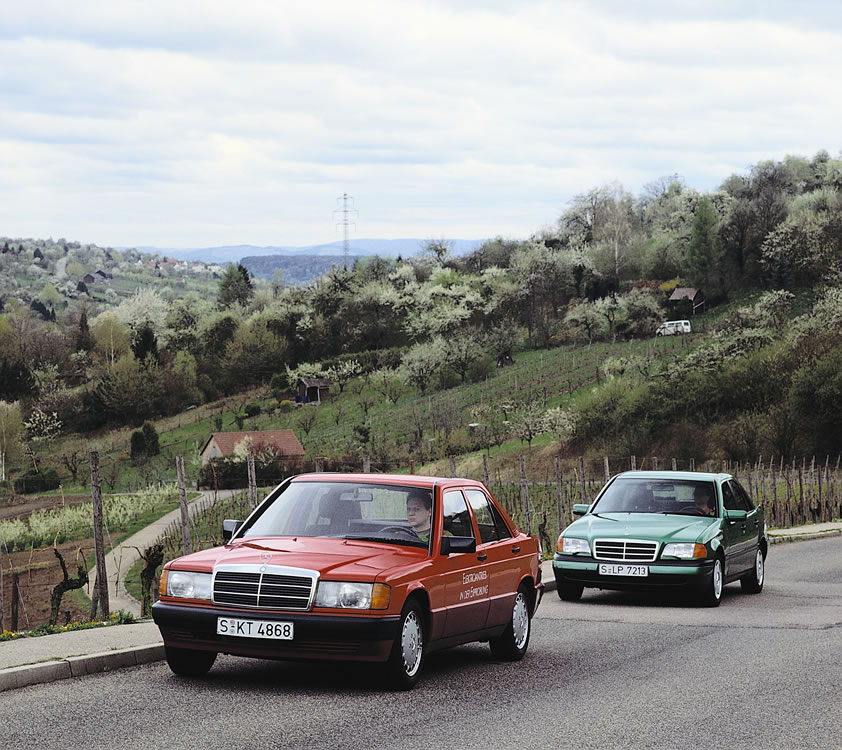 Making model series 201 a typical Mercedes-Benz in all respects without compromising on the key brand values – an objective that had initially seemed like a utopian dream – therefore became a reality. This not only paved the way to success for all the “190” model variants, it also successfully opened up the smaller vehicle segment for Mercedes-Benz. From May 1993 onwards, the brand continued the world-wide success story with model series 202, the first to bear the C-Class name. Having started out as the “Baby-Benz”, the Mercedes-Benz C-Class is today one of the most popular vehicles in the premium segment. 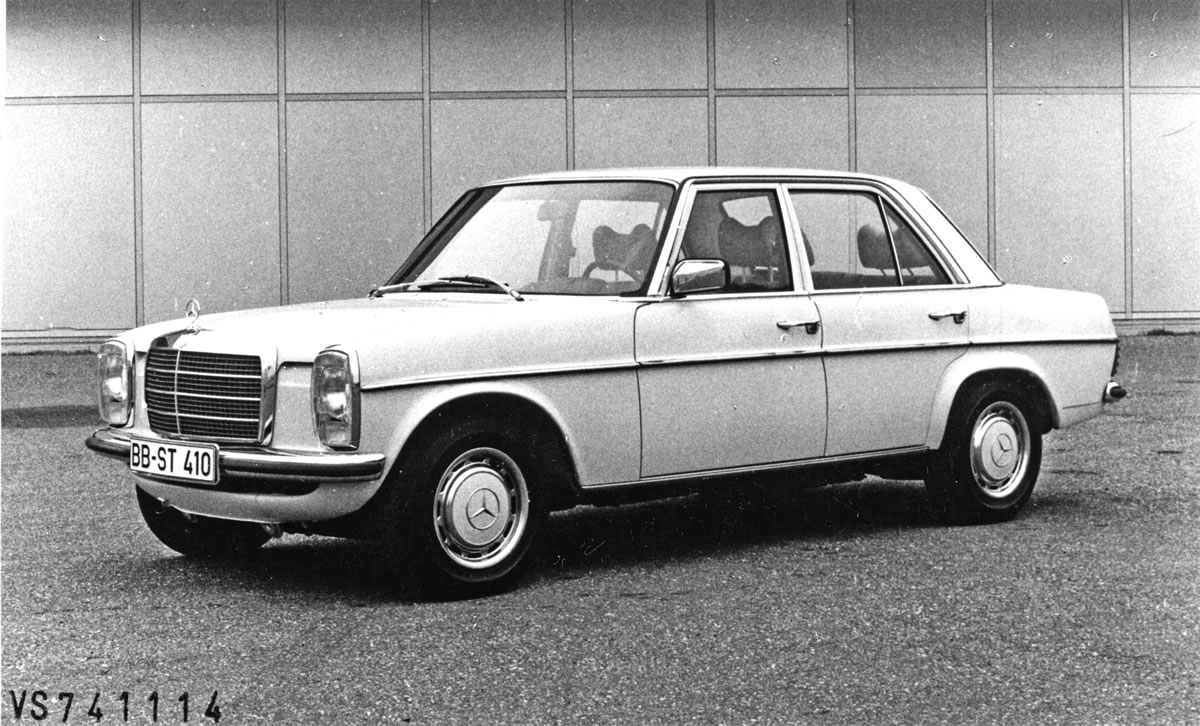 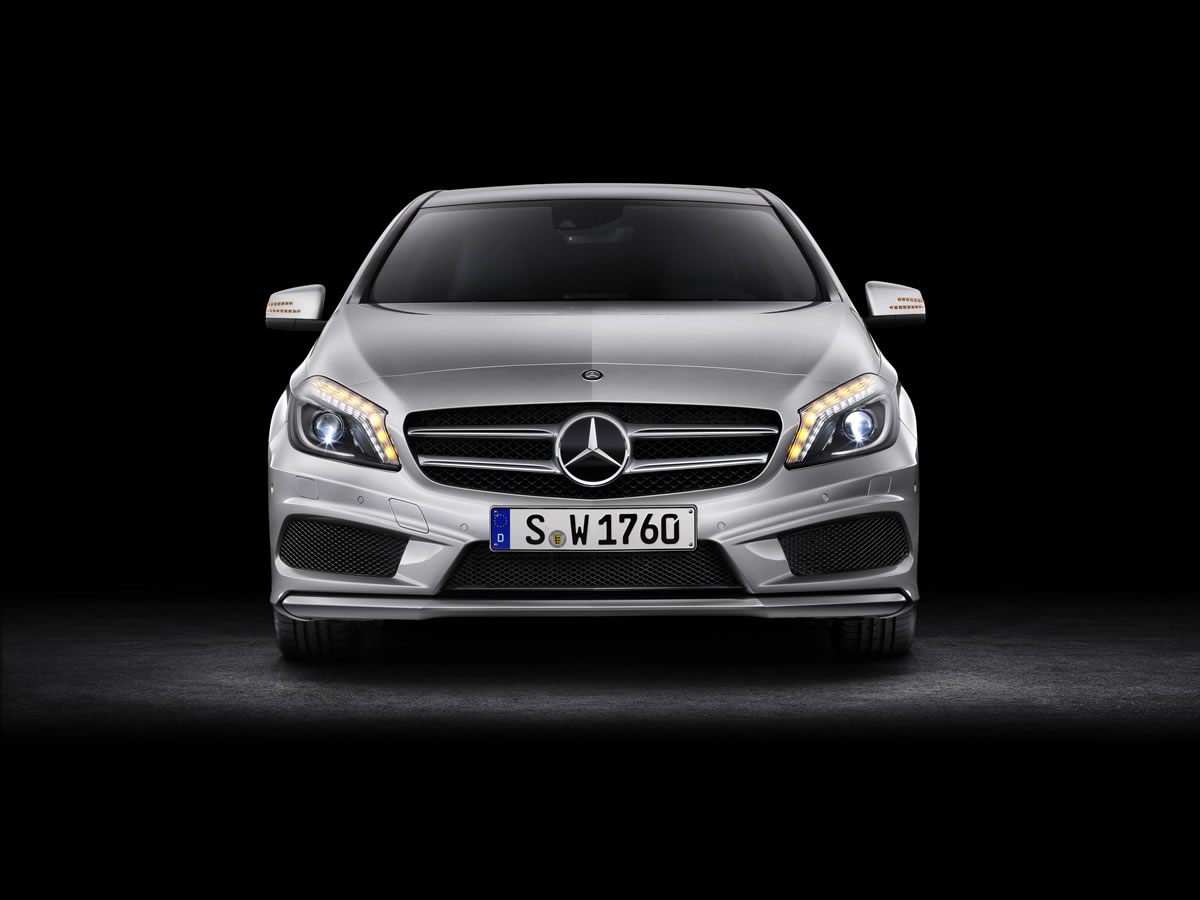