Mr. Van Petten, Executive Director of the Producers Guild of America, said, “As a long-time environmental advocate and supporter of sustainable production and eco-friendly transport, I’m thrilled to be driving a vehicle that I believe represents the future of environmentally thoughtful transportation — not only does it have zero emissions, but it also provides me with all of the safety technology one expects from Mercedes-Benz.”

Mr. Van Petten is part of a select group of people who are participating in a Mercedes-Benz lease program for the B-Class F-CELL Hydrogen car. As part of an initiative to further develop F-CELL vehicles and gain real-world experience in the United States, these vehicles will also be used to provide driving data to the Department of Energy (DOE) to support their Hydrogen to the Highways program. Due to the restricted number of Hydrogen fueling stations, Mercedes-Benz sought prospects for the F-CELL lease through its own survey and vetting process to determine who among the many applicants would become among the first to lease the F-CELL hydrogen vehicles. Those interested in leasing an F-CELL can visit

Powered by an electric motor with 134 horsepower and 215 lb-ft of torque, the new B-Class F-CELL provides driving performance comparable to a similar conventional car while using about half the fuel. The car utilizes a fuel cell stack for generating electricity and a lithium ion battery for energy storage. Taking only approximately three minutes to refuel, The B-Class F-CELL emits only water as a by-product of the fuel cell system.

“The introduction of the F-CELL in California marks the beginning of zero emission Fuel Cell technology in the US for Mercedes-Benz,” said Sascha Simon, head of advanced product planning at Mercedes-Benz USA. “With a range of 240 miles that never needs to be plugged and more than 15 years of Mercedes-Benz research already committed to the technology, we believe this is a great addition to our fast growing portfolio of alternative fuel vehicles that customers can choose from to best suit their lifestyle.”

The F-Cell made an appearance this summer at the US Open Tennis Championships where Mercedes-Benz is the official vehicle. It played its part within the overall green fleet for VIP and player transportation, which also included Mercedes-Benz S400 Hybrid sedans. Alec Baldwin, this past tournament’s USTA green ambassador arrived at the tournament’s Opening Ceremony in the F-CELL.

Californians are no strangers to Mercedes-Benz eco-friendly vehicles including Hollywood’s elite. Individuals such as Demi Moore, Gerard Butler, Simon Baker, Toby Maguire and Katharine McPhee among others are choosing Mercedes-Benz because it offers safety and technology with solid environmental credentials without sacrificing luxury. These vehicles range from the S400 HYBRID luxury sedan to the ML450 HYBRID mid-size SUV. Also popular are the clean diesel BlueTEC sedans and SUVs like the E350 BlueTEC and the R, ML and GL350 BlueTEC. 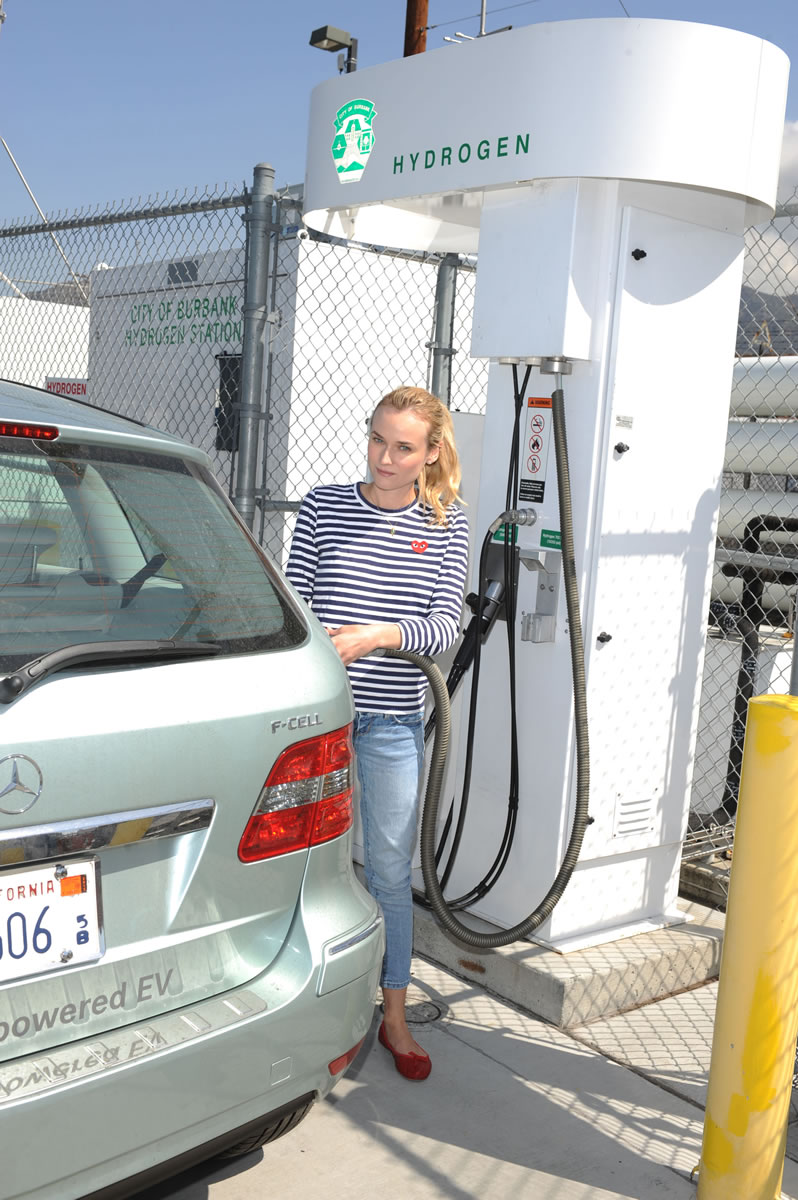